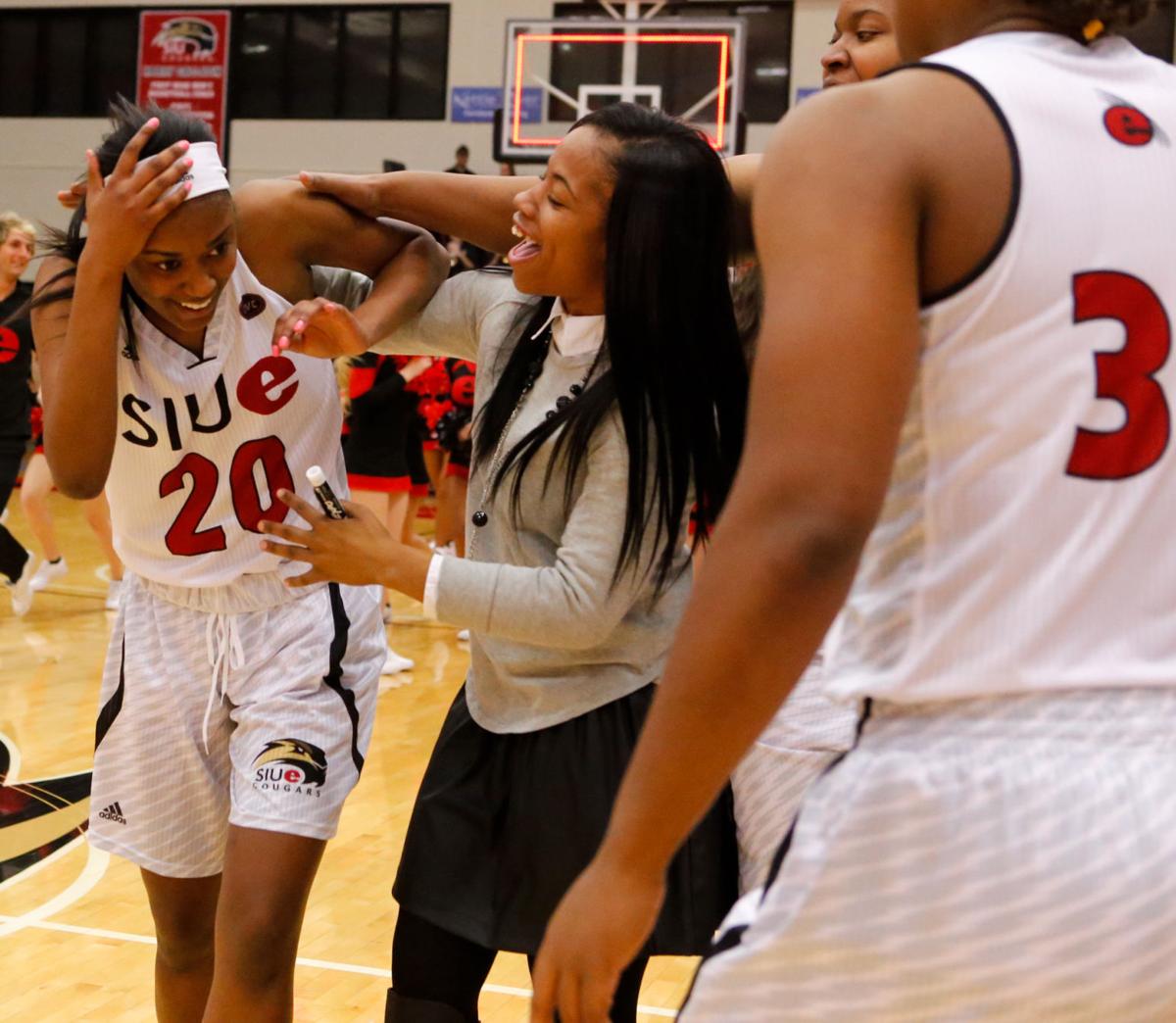 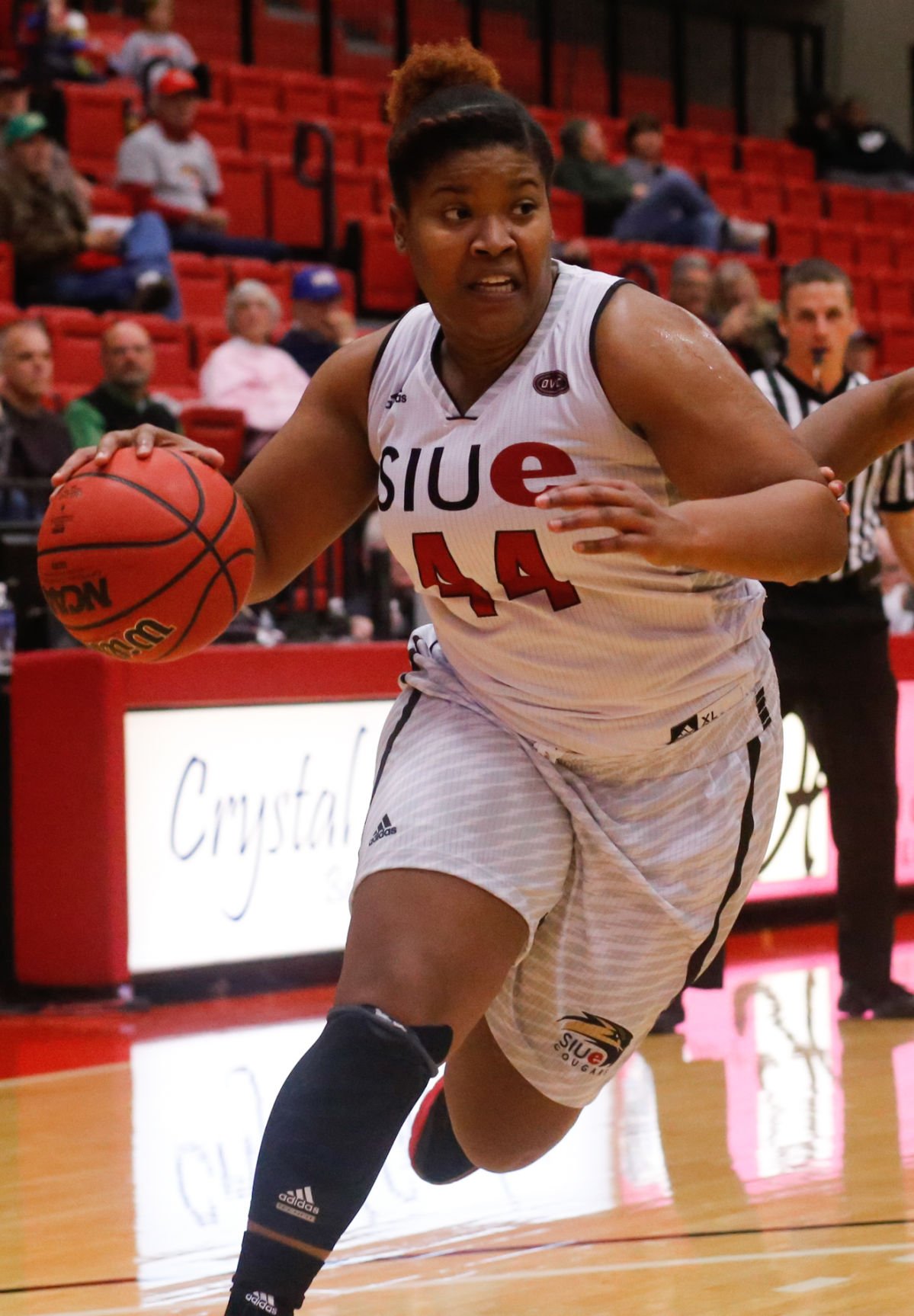 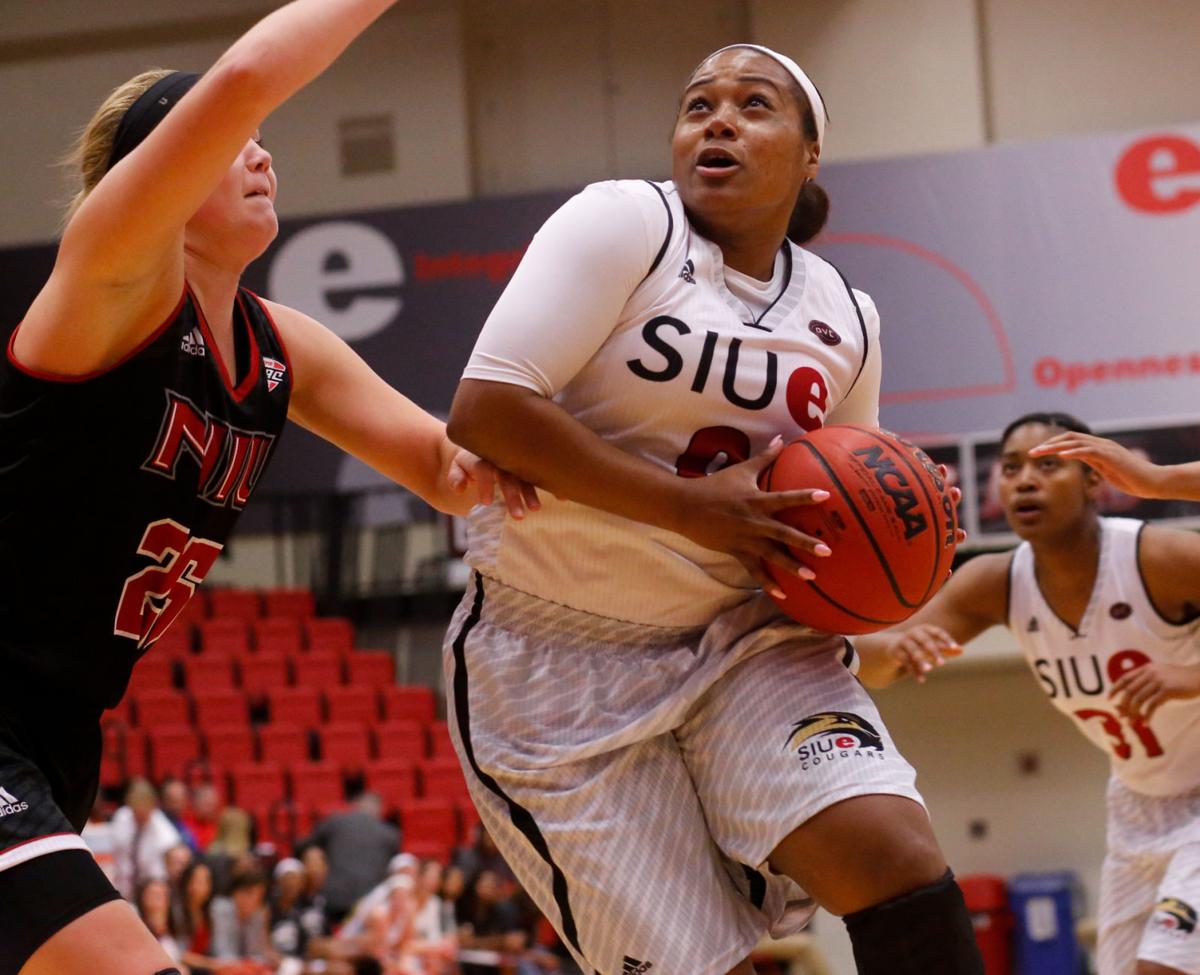 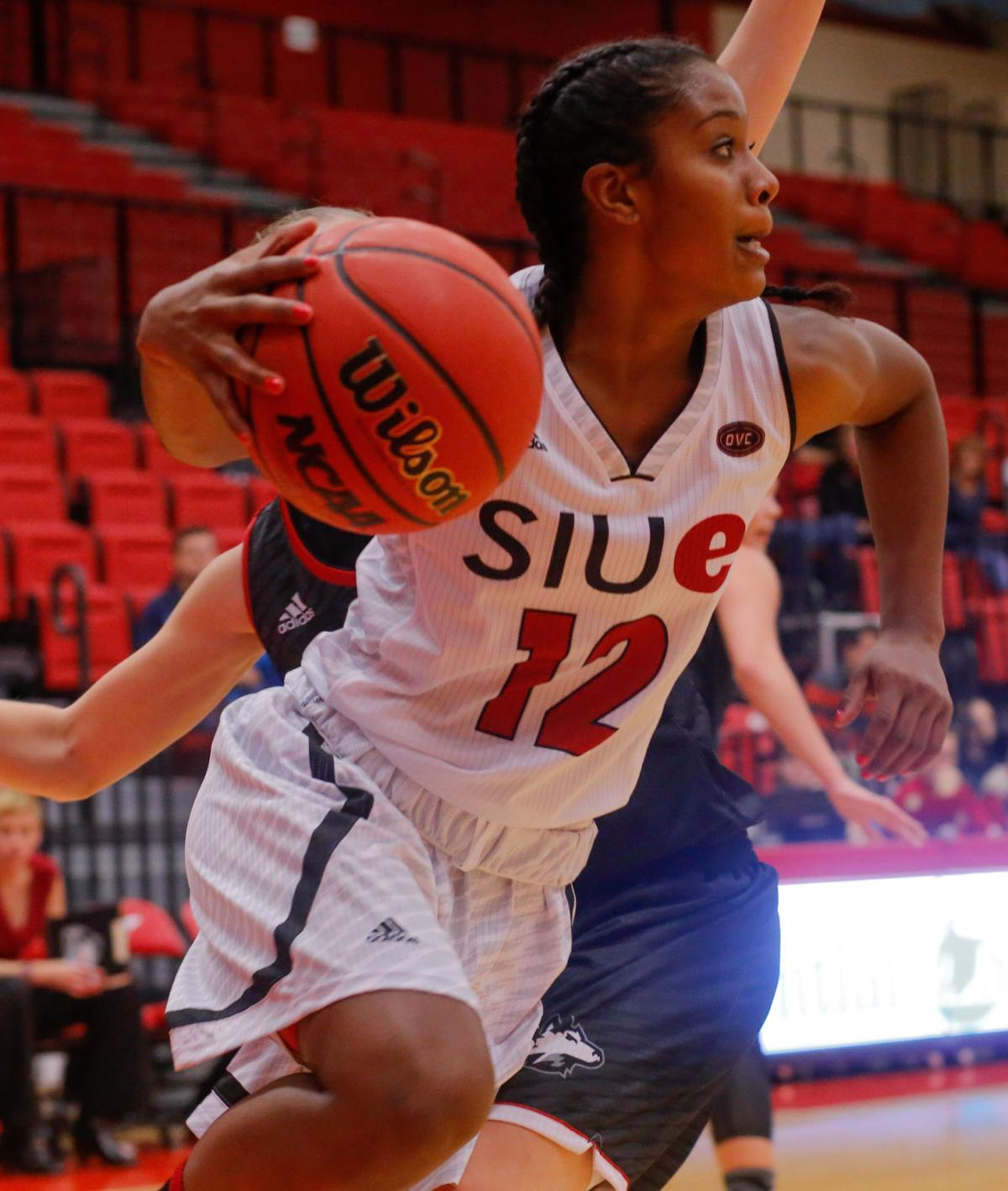 The women’s basketball team opened its regular season with a 93-67 victory against the Northern Illinois University Huskies on Friday, Nov. 13 at 5:30 p.m. in the Vadalabene Center.  Head Coach Paula Buscher and the Cougars looked to avenge their 2014-15 regular season loss against the Huskies, in which they were beat by 22 points.

The Cougars have three players who are on the active roster for the first time in their SIUE careers.  Guard Lauren White is a redshirt sophomore transfer from Northern Kentucky with three years of eligibility. Guard Amri Wilder and center Sydney Bauman are true freshmen for the Cougars.

After the first period, Butts had 12 points, and the Cougars had a 25-20 lead.  Fifteen of SIUE’s opening period points came from a strong three-point performance in which the Cougars went five for seven from behind the arc.

Buscher said freshman guard Sidney Smith’s performance helped the rest of the team gain confidence and up the level of play.

“[Smith] hit back-to-back threes that opened it up for us and let us make the runs we did,” Buscher said.

Midway through the second period, the Cougars showed why they are projected to win the Ohio Valley Conference for the 2015-16 season. Beck broke away from the defense for two quick layups and hit a jump shot to extend the Cougars’ lead. Butts assisted White, who found the back of the net on a long three-pointer that extended the Cougars’ 9-0 run. The teams traded baskets for rest of the period, and SIUE headed into the locker room with a comfortable 47-31 lead.

After a half of play, Butts had 14 points and shot 2-3 from the three-point range.  Beck was flirting with a double-double, having 11 points and seven rebounds. Smith contributed two of the Cougars’ six first-half three-pointers, giving her six points on the half.

Beck said she came out with a determination to shut down Huskies guard Kelly Smith.

“Coach Buscher and I had a talk about me really boxing out [Kelly Smith].  During the game, all I thought about was shutting her down. That game was all about the match-up for me,” Beck said.

A quiet third period ended with a Cougar lead of 69-47. Three Cougars found themselves in double digits after three periods of play. Smith with 15, Butts with 14 and Beck with 13.

With the help of their bench, the Cougars were able to extend their lead and finish the game with a 93-67 win.  Every active player on SIUE’s roster scored throughout the game.

Beck said she played this game, and will play the rest of the games for her recently injured teammate junior forward Micah Jones.

“Micah is my best friend. When she went out, we had a conversation, and she told me it was time to step up. So that’s what I do. I step up, and I tell myself I am playing for Micah,” Beck said.

Buscher said the team will work on their defense before their long stretch of away games.

“I think our players sometimes get caught on the offensive side, and I am always caught up on the defensive side. At the beginning of the game, everyone was scoring, and everyone was happy, except the coaches, because we wanted to see some defense. And once we started getting some stops and rebounds, I thought that was when we started to make a defensive stand. We have to focus on that same consistent defense,” Buscher said.

After their home opener, the Cougars hit the road for seven consecutive away games, which starts with a game at Oklahoma State at 7 p.m. Friday, Nov. 20.