The SIUE woman’s tennis team emerged victorious with a 6-1 win while men’s tennis fell short with a 4-3 loss to Belmont University Saturday, April 12. The team followed up Sunday against Tennessee State with, men’s victory of 4-0, and women’s victory of 6-1.

Head Coach Jason Coomer said after the regular season standings shook out this weekend, it was announced both the men’s and women’s teams will be the fourth seed in the Ohio Valley Conference Tournament Thursday, April 17.

“I think both teams have continued to improve, and as a coach, what you want is to be playing your best as you get towards the end of the season,” Coomer said. “We have been on a progression all season long, and it has finally reached the point where, going into the conference tournament, we’re playing as well as we’ve played all year. That’s a reason for optimism going into the conference tournament.”

On Saturday, the women’s team won five of six singles matches as well as the doubles point. In doubles play, Haley Ilcewicz and freshman Lexi Aranda got the ball rolling with an 8-3 win, followed by an 8-2 victory by freshman Mia Frogner and junior Kali Donner.

Aranda, Frogner and Donner all collected wins in their singles matches to go along with three-set victories by freshman Monique Krutak and sophomore Mckenzie Thomas.

During the men’s matches Saturday, freshman Nico Kuehn and senior Jacob Tanulanond won their singles matches, but the team ultimately fell to Belmont 4-3.

“They played a team that was tied for first in the OVC,” Coomer said. “I think playing that close with a team tied for first shows we are capable of beating anybody in our conference, and we are hopeful for another opportunity to see Belmont next week in the conference championship.”

More excitement followed Sunday, which was Senior Day, when the men beat Tennessee State, closing their regular season with an 11-9 overall record.

Tanulanond said he played well during the weekend and said the team, coaching staff and the university all deserve to have seniors who have grown proud of the program.

“They deserve players who are proud enough to want to put everything out there every time they get on the court,” Tanulanond said. “I’m glad I’ve had the opportunity to get wins for such a great group of guys and an amazing coaching staff.”

The women’s victory over Tennessee State Sunday solidified their record at 12-8 and their spot as fourth seed in the OVC tournament.

“We played extremely well this weekend with our women’s team,” Coomer said. “It was a very important weekend for us, as it certainly made a difference in our postseason conference standings.”

According to Frogner, everyone on the team has worked hard and stayed focused through the whole semester, and that hard work is paying off.

“I played very good last weekend along with all of my teammates,” Frogner said. “I am so proud of all of us for giving everything out on the court and finishing as strong as we did.”

Tanulanond said he is confident in the team’s work ethic, and they are excited to prove themselves in the tournament.

“We are going to find whatever it takes to win,” Tanulanond said. “We’ve had that mindset all year, and we are excited to have the chance to do it again in the tournament.”

Frogner also is excited for the women to finish the season with a strong performance in the conference tournament.

“As a team, we have never played better,” Frogner said. “So long as we can keep it up, we will have a great shot at winning the tournament.”

The winner of the conference tournament will get an automatic bid into the NCAA tournament. The OVC tournament will begin Thursday, April 17, in Paducah, Ky., with the men playing at 10 a.m. followed by the women at 2 p.m.

“All of the credit for making it to the postseason certainly goes to the players,” Coomer said. “They’ve bought into what we are trying to do, and we couldn’t ask for a better group of individuals to represent our university this week.” 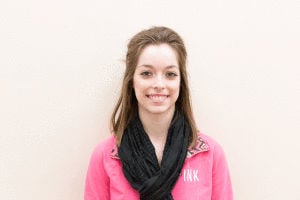