Five thousand, seven hundred eighty-six fans gathered to watch the fourth-round cup matchup between the Fire of the MLS and Saint Louis of the USL.

STLFC came out attacking to begin the match, as striker Jose Angulo created a scoring chance in the second minute, missing just wide of the post.

Twelve minutes later, the Fire struck back with a shot off the post by Juninho on a free kick.

As the Fire continued pressing offensively, they eventually scored the only goal of the match as striker Luis Solignac received a cross from outside the box, flicking it over the keeper’s head with a stunning back heel.

STLFC had several scoring chances in the second half as they tried to even the score, but never did bring the match level as the Fire eliminated them from the cup with the 1-0 loss.

Former Cougar Christian Volesky provided one of those scoring chances with a blast off the crossbar in the 67th minute.

So far in the 2017 season, Volesky has started all 11 USL matches for Saint Louis, netting four goals for the team.

Defender Austin Ledbetter has started in five of the club’s 11 USL matches.

Polster came on for the Fire in the 58 minute of the match. Polster missed the first seven weeks of this season because of a strained left knee. Now that he is healthy, he has made an appearance in the Fire’s last seven matches.

So far in his young career, Polster has made a name for himself, making 51 starts in his first two seasons with the Fire, and making appearances for the U.S. Men’s National U-23 team.

As a defensive midfielder with great vision and passing ability, Polster isn’t the type of player who is going to have an impressive stat sheet. Rather, his intelligence on the pitch and understanding of the game allow him to have an impact by getting defensive stops, keeping possession and building up offensive runs from the back.

“Having two kids here in town playing for a very good team has been awesome. It gives our current players something to strive for as well, knowing that it’s very attainable,” SIUE Men’s Soccer Head Coach Mario Sanchez said.

Ledbetter, Volesky and Polster play on the big stage 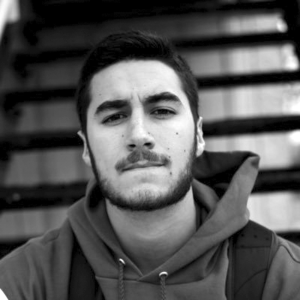