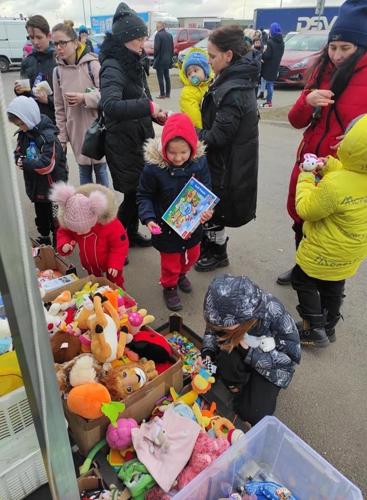 The Ukrainians who’ve recieved aid from the Matras and others through Facebook have sent several photos, like this one, to them as a way of showing how their support is impacting Ukraine. 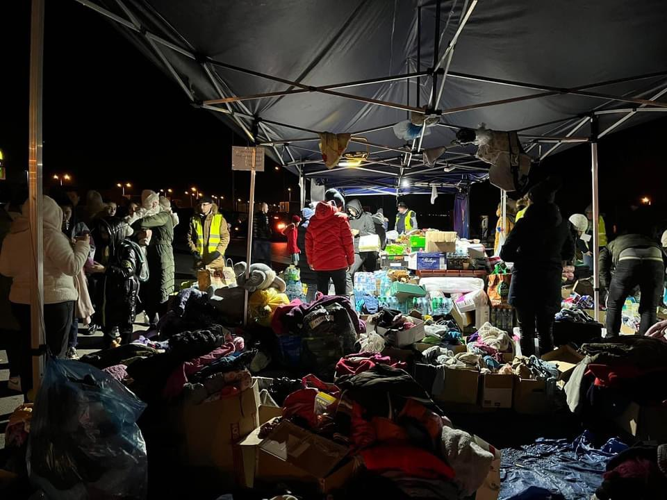 When the Matras recieve the photos of the people of Ukraine with the aid, they often post it to the Facebook group

The Ukrainians who’ve recieved aid from the Matras and others through Facebook have sent several photos, like this one, to them as a way of showing how their support is impacting Ukraine.

When the Matras recieve the photos of the people of Ukraine with the aid, they often post it to the Facebook group

Russia’s attack on Ukraine has left many Ukrainians cold, hungry and without heat. Edwardsville couple Michal and Christine Matras are using the power of Facebook to make a change.

Michal Matras is from Poland, where many of his friends and family still reside. Through his family, Michal Matras said he got insight on the shocking amount of Ukrainian refugees seeking asylum in Poland, and they were willing to help in any way they could.

“We knew that the exchange rate was really good for us. We could send some money to them and had a few Facebook friends that were also willing to send some money,” Christine Matras said.

Christine Matras said that once she made the fundraising post on Facebook, she contacted her bank about wiring money to Poland. The bank told her it could be done.

“I just decided to make a Facebook group so, as we bought things, we could post it on that. I created a Venmo, since everyone had one, and it just exploded into this,” Christine Matras said.

The couple weren’t expecting the number of donations to rise as quickly as they did. The Matrases watched as the numbers climbed from $1,000 to $5,000 shortly after starting the Facebook group.

“Every single dime we spend is spent on the refugees. We can buy medical supplies, diapers, food, and generators for the hospitals in the Ukraine. Things like that,” Christine Matras said.

Christine Matras said she was astonished by the power of connection when it comes to helping others. She said one of the strongest examples of this comes from when an old college friend of Michal Matras reached out to the couple about a former Ukrainian exchange student who was stuck at the border.

Initially, the couple weren’t sure if they would be able to help. Christine said they were lucky to have friends who were able to step in.

“Our friends were able to go get her from the border and take her to their house. Now she’s living with them so it was having that connection that was able to get her out of Ukraine,” Christine Matras said.

Christine and Michal Matras said they both have shared on Facebook how grateful they are for the things they’ve accomplished through the donations they have gathered.

“It’s crazy. We have so many friends and family who we trust over there and they’re sending us the receipts and everything like that so it’s great,” Christine Matras said.

Christine Matras said they are focusing on helping in the ways that they can.

“A lot of people from the Ukraine have reached out to us now and have sent us a lot of videos that we don’t post, just horrible things happening. We try to focus on what we are doing vs what we cannot help,” Christine Matras said.

While the Facebook group gains mostly positive feedback, Christine Matras said there has been negative backlash towards it.