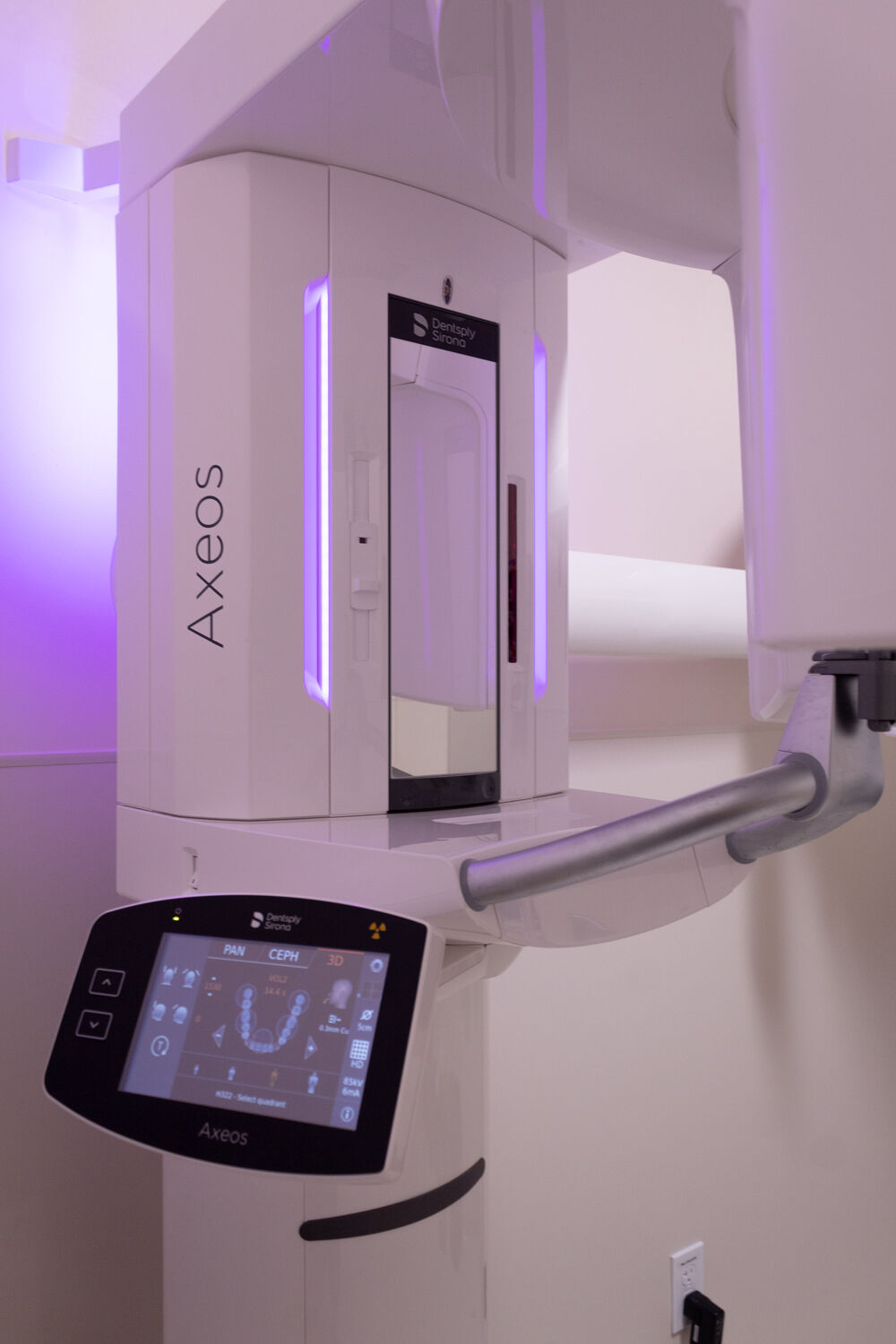 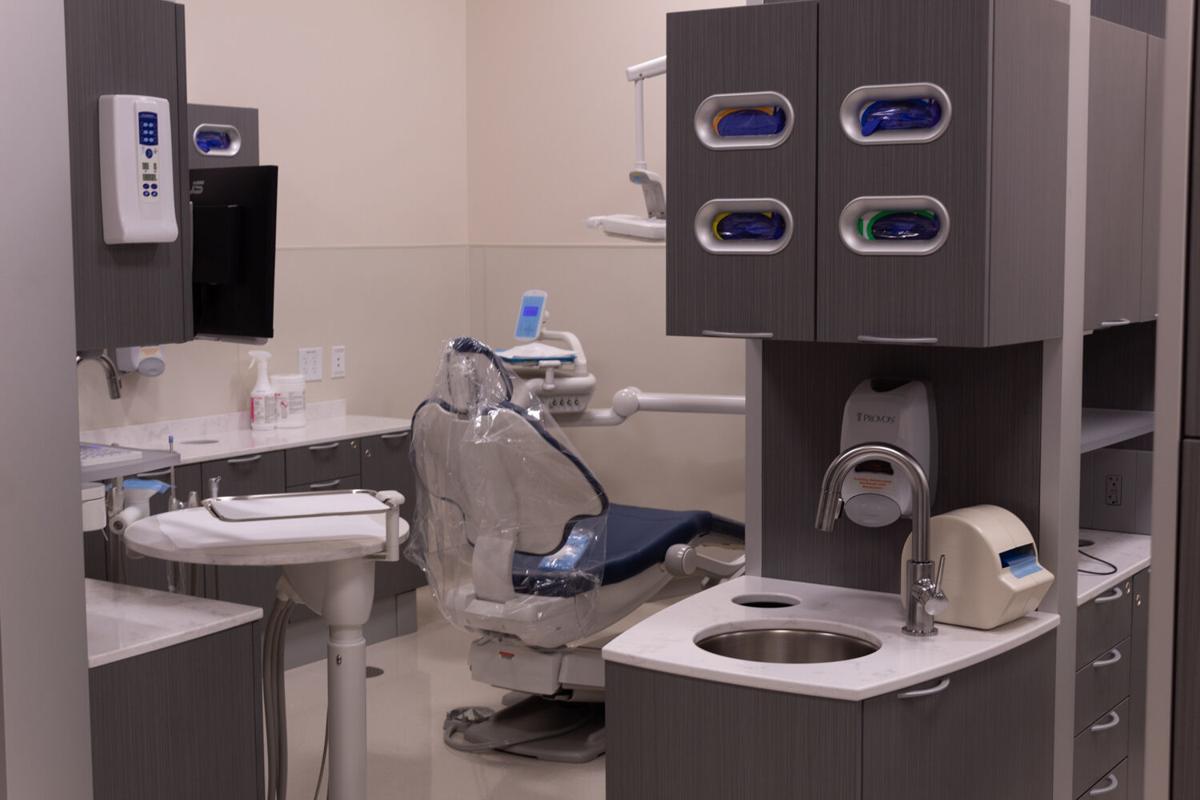 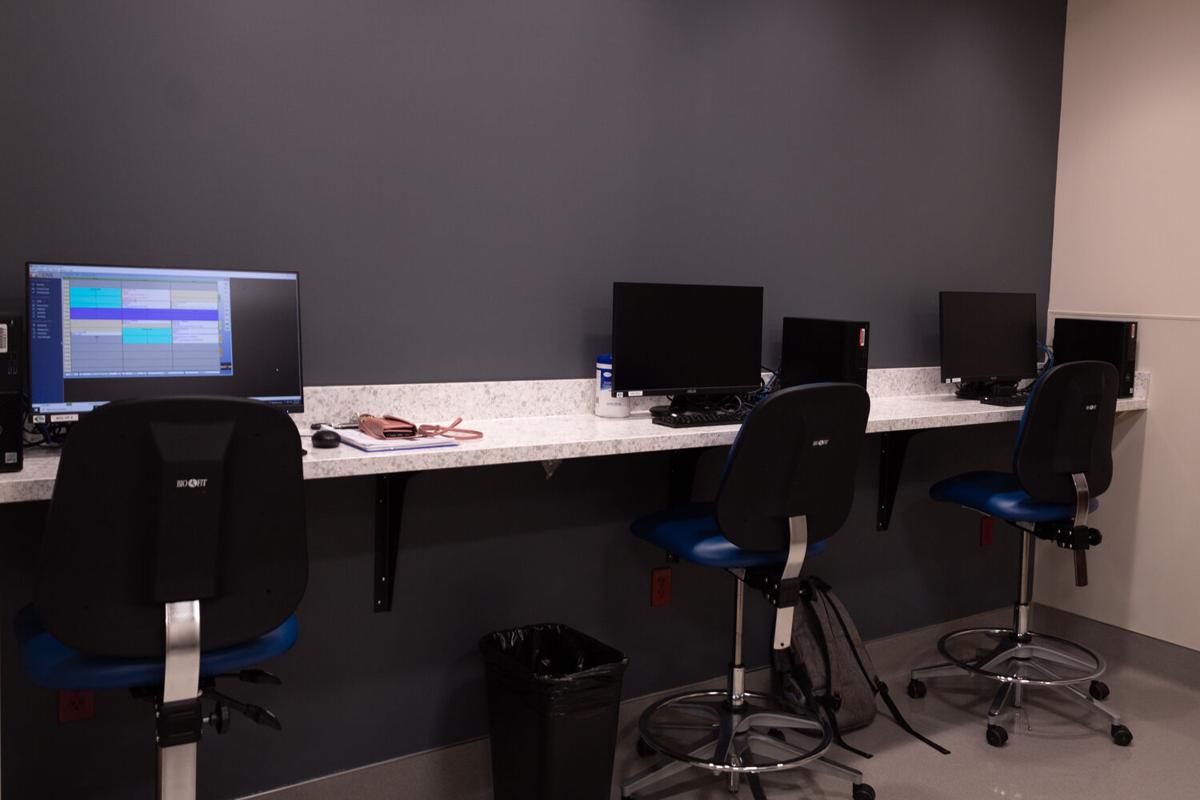 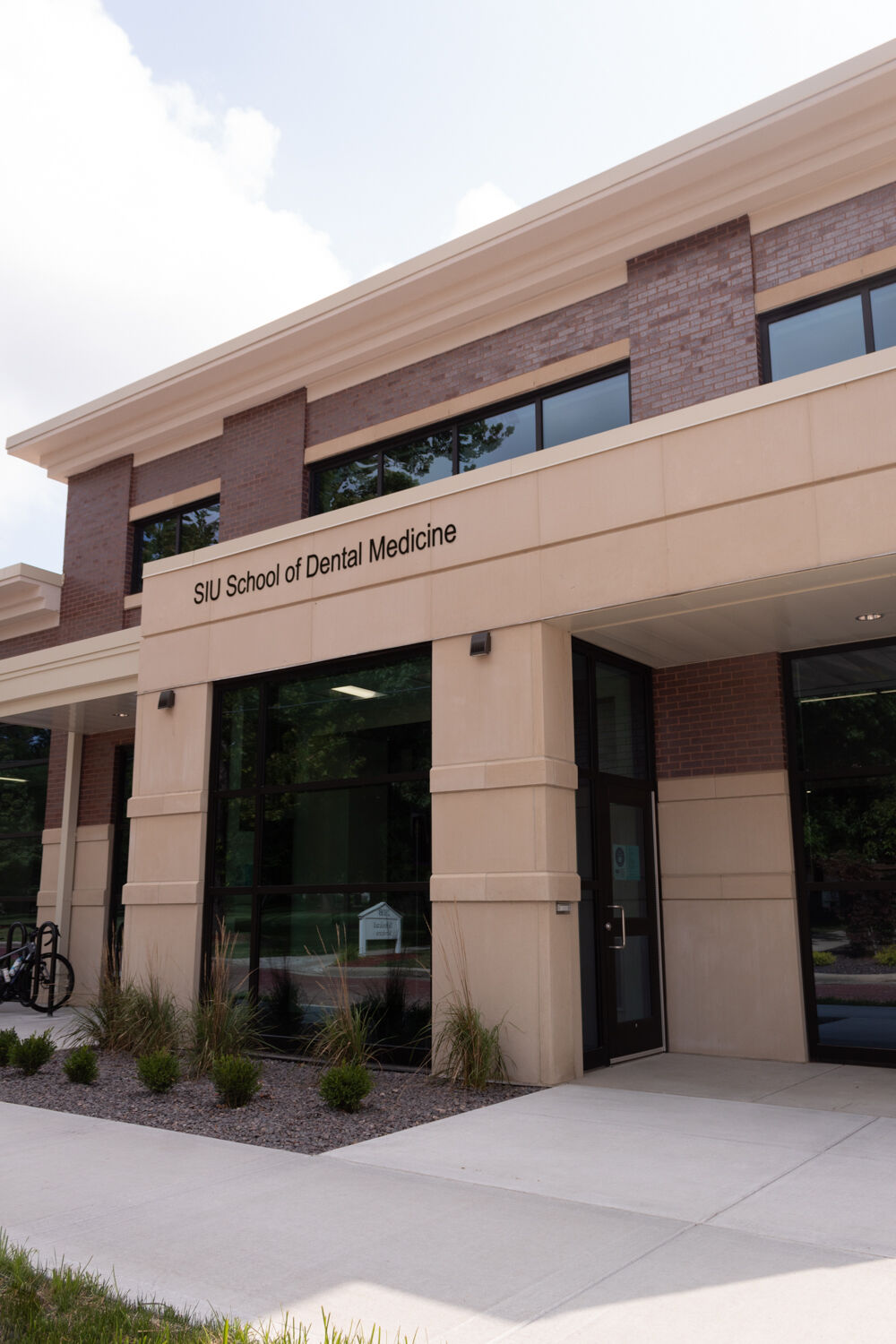 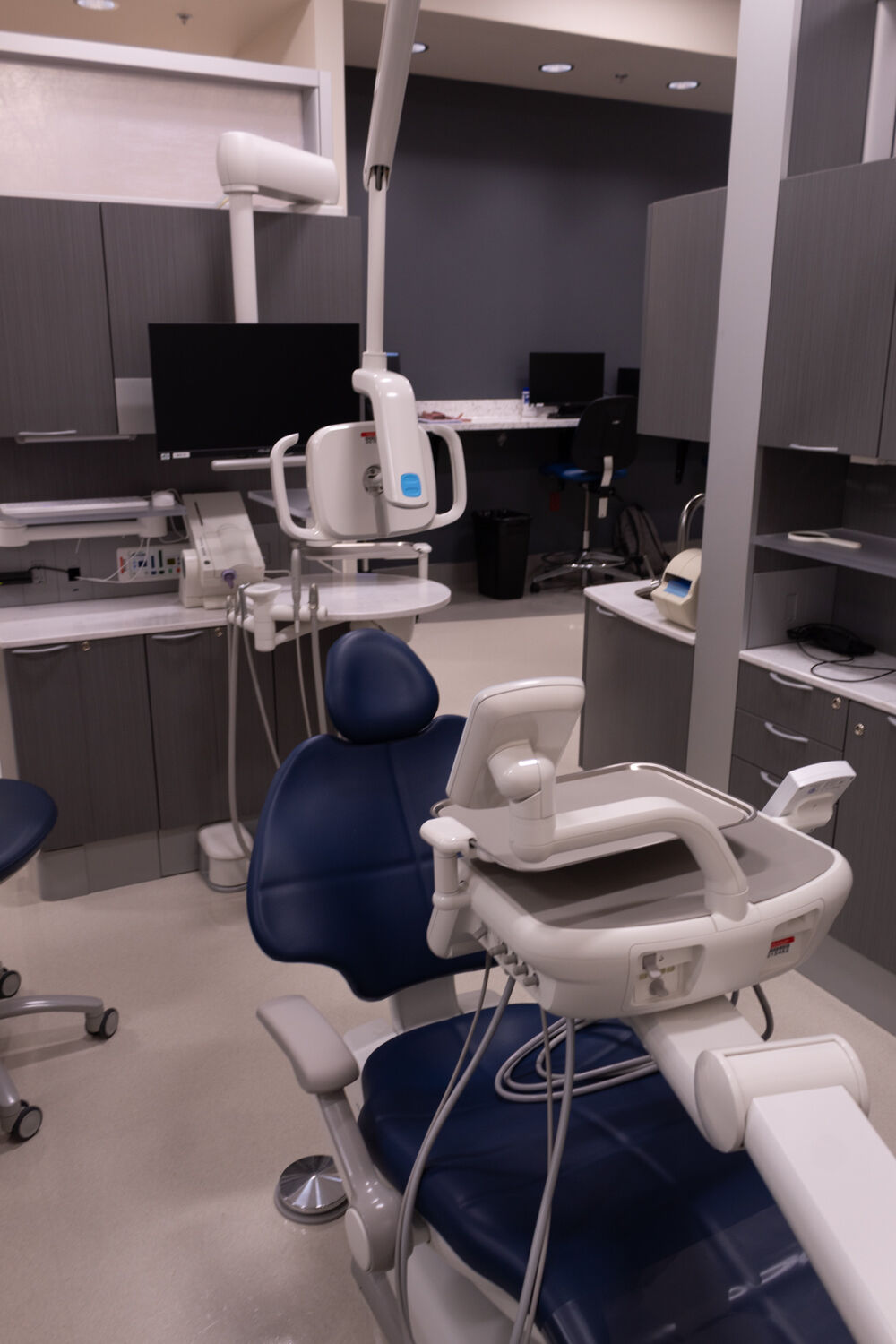 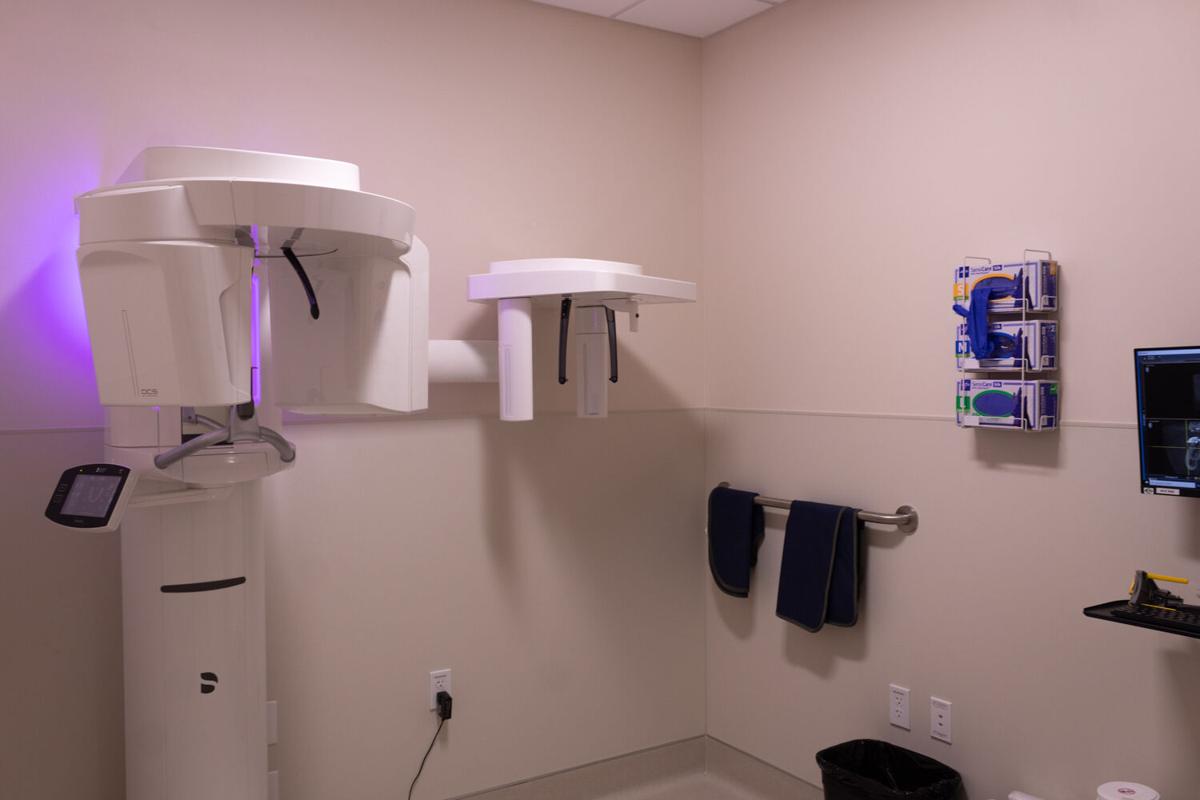 The SIUE School of Dental Medicine’s construction project finished up earlier this month, and the next day, the SDM began offering services in the building, which includes on-campus dental surgeries.

Dean of the School of Dental Medicine Bruce Rotter said the building was opened officially a few weeks ago, and since the building is something the Alton campus has been waiting for for a long time, operations began in the building immediately after.

“We dedicated the building on August 9, and we began patient care the very next day. It’s up and functional, and we still have a few things to do with it, finishing touches, if you will,” Rotter said. “But the clinic is functioning and it seems to be going well, and the patients that have been seen since then seem to be very happy with it. It fulfilled a need we have.”

According to Assistant Director of the Advanced Education in General Dentistry Program Katie Hanser, the transition into the clinic was very quick, but thanks to the building staff, it went very well. Hanser has been working in the clinic since its construction.

“It’s definitely been a fast transition, but it's been a smooth one because of the staff. The care has continued uninterrupted thanks to them,” Hanser said. “The staff really is the backbone of the building.”

As for the building itself, Hanser said there are many new opportunities for the SDM now that the clinicis operational.

“It’ll be a big help for us. We medicate a lot of children, and in the past, if the child [was] under a certain age and [needed] a lot of work, they would need to be under general anesthesia,” Hanser said. “We need to have those operating rooms on campus.”

According to Hanser, pediatric dentistry isn’t the only focus of operations in the new clinic.

“We should be able to shorten the waiting lists for adults, too. The goal is to expand care here, and expand access to care in this area. If that’s people with dental anxiety, or the elderly or anyone, we can now help,” Hanser said. “With the opening of the clinic, we’ve also moved all of our grad programs to that building, like Advanced Education in General Dentistry, Implants and Endodontics.”

These waiting lists were one of the main reasons the ACC was built, according to Rotter. He said before now, the SDM would have to sign up to use local hospitals’ waiting rooms, which had very long waits.

“There was a real need for a very specific clinical space, particularly an operating room space. Dentistry tends to not be high on the operating room priority lists at hospitals,” Rotter said. “We did have some room set aside for us, but it just wasn't enough.”

Chair of the Department of Graduate Education Robert Blackwell said the accessibility of the new building is one of the best parts. Like Hanser, Blackwell has also been working in the new clinic.

“We can provide these services safely in house now, and it’s a tremendous service for the local community,” Blackwell said. “Also, now, with this, we’re making sure it’s equipped with the latest in digital technology from intraoral scanners, 3D printers and a mill that creates final and temporary restorations that wouldn’ve only been done in our laboratory. Now we can do all of these in house.”

Although the main purpose of the new building is to provide more operating rooms to the SDM’s staff and students, there is also an improved recreational area, according to Rotter.

“[In the previous building, there was a] students’ lounge space, where they could be when they didn’t have classes, but it was really not the best, so as a part of this, we added a new student lounge, and a kiosk area, so they have space for recreation,” Rotter said.

Blackwell said the building serves two main areas, which he says are very important to the SDM: providing dental care and teaching students.

“It’s a dual mission, to provide the most up-to-date and high quality care to patients, but we're also an educational institution,” Blackwell said. “In this building, it's for our graduate students to learn the most advanced techniques in dentistry available, and also to offer those techniques to people in the area.”