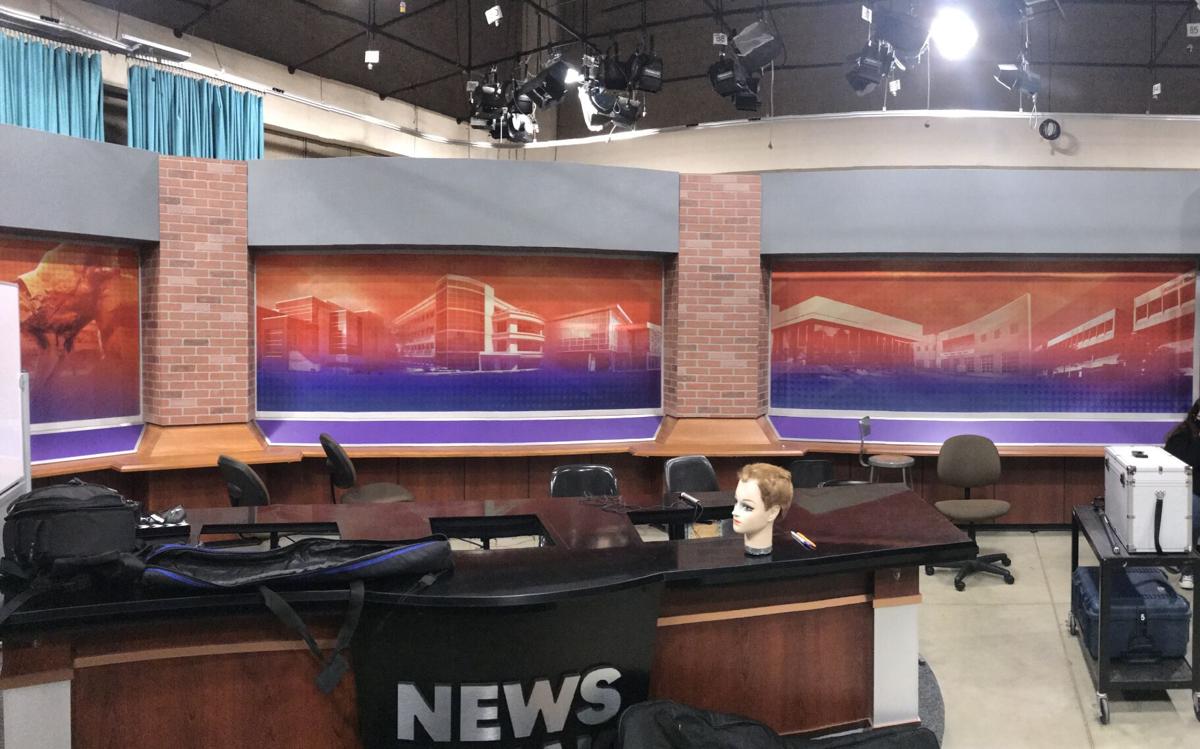 The renovated anchor desk backdrop. The ceiling in this photo has the old studio lights, not the new LED ones. 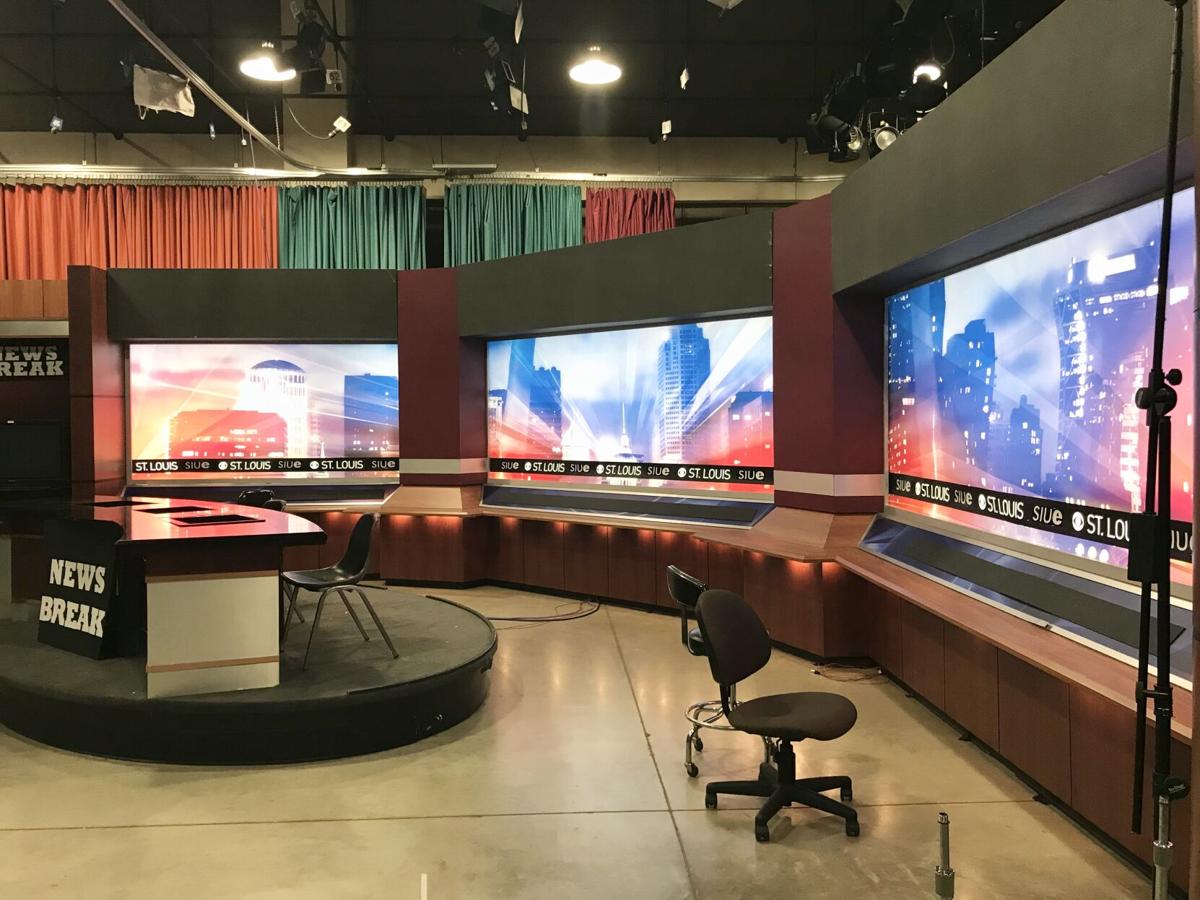 Anchor desk before renovations including the side desk (middle-left) and the projector on the cart (left).

The renovated anchor desk backdrop. The ceiling in this photo has the old studio lights, not the new LED ones.

Anchor desk before renovations including the side desk (middle-left) and the projector on the cart (left).

Energy-efficient lighting and interactive display boards are just two of many changes coming to the Dunham Hall TV studio. While the refurbishment project has been delayed by the pandemic, it may be done as soon as this fall.

Patrick Long, an architect and project manager with Facilities Management, said this project is the most significant change he’s seen to the TV studio since he arrived at SIUE in 2007. The project was originally signed off on in 2019, but he said it faced significant delays when the pandemic hit.

According to Long, several changes are coming — mostly to the lighting, which is being converted to be both more energy efficient and industry accurate.

“The technology has changed in terms of the type of lighting. The school is utilizing the incandescent lighting, which not only is a lot hotter, but it’s not as efficient energy-wise,” Long said. “Going into new studios that aren’t in an educational environment, they’re state of the art and up to date, and ... the program is doing its best to make sure the students have what they will be dealing with when they get out into the ‘real world.’”

In addition to the studio lights, Long said the room’s regular ceiling lights are also being converted to LED as part of a university-wide push toward energy efficiency. He said other changes specific to the studio include an interactive display board, a control board to remotely control things like light temperature and the installation of some new wiring.

According to Mass Communications Instructor Cory Byers, the remote operation of the studio lights from the new lighting control board will be much more convenient than the method used previously.

“In the past, if you wanted to change the color of a light, you’d have to roll out the big ladder, climb up there with the gel, attach the gel to the light, climb down the ladder [and] move the ladder out of the way,” Byers said. “So this is a lot easier, it’s a lot more convenient, it’s a lot safer … and just being able to really do a lot more creative lighting with the lights, I think is something that I’m really looking forward to.”

Broadcast Engineer Theresa Pauli said the studio’s news anchor set, which had been donated from a CBS St. Louis station, was also updated last summer to reflect the look of the campus. Pauli said one major change to this set cleared up significant studio space at no extra cost.

“There was the main set with the anchor desk, and then there was a side desk … that was never used properly and it took up a ton of room,” Pauli said. “We have a giant green screen in there, and that set sat in front of over half of it … so that’s gone and I’d say it’s opened up another 25-30 percent of usable studio space.”

Pauli said the new space created from this process will allow students to roll newly-donated news desks in front of the green screen area for filming.

Byers said the new display board will also be a welcome upgrade from the department’s prior equipment.

“I just heard that we’re getting a new display in there, which is really nice, because in the past, we’ve just been using a projector on a cart to project student work and the show that I work on, especially,” Byers said. “So having a higher quality, dedicated screen in there should be really beneficial to teaching and learning from students.”

Pauli said from a career perspective, the technology in the new studio allows her to learn along with students.

“If you’re in charge of a TV studio [and you have] antiquated systems, it’s going to make your job harder because there’s more maintenance involved with those,” Pauli said. “It’s nice to see new technology. I think from a career aspect, for me, it’s good to see that I’m able to work and learn too — in this industry, you always need to be learning the newest technology, and there’s always new technology coming along.”

Pauli also said the project has stayed under budget thus far, so the department is looking into what else it could implement with the unused funds.

Long said the project could be completed as early as this fall, but the status of some recently-ordered materials might delay the project’s completion, so an official date has not been decided on yet.