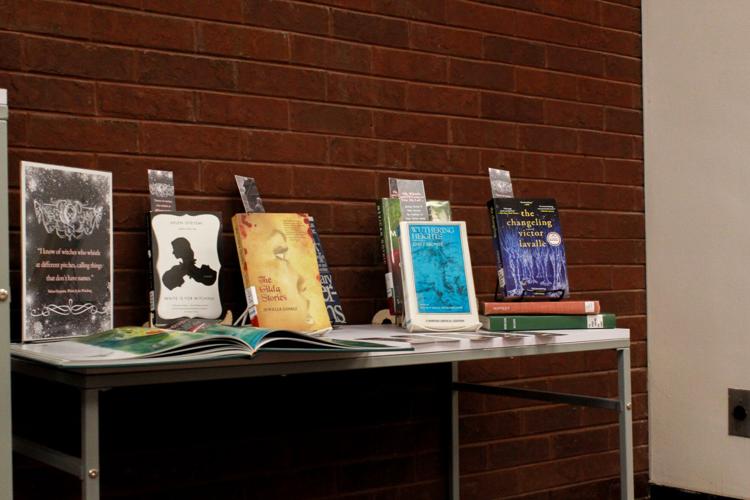 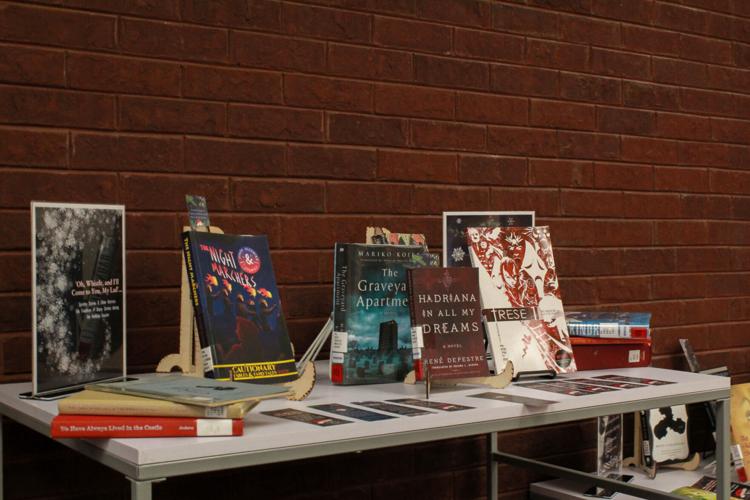 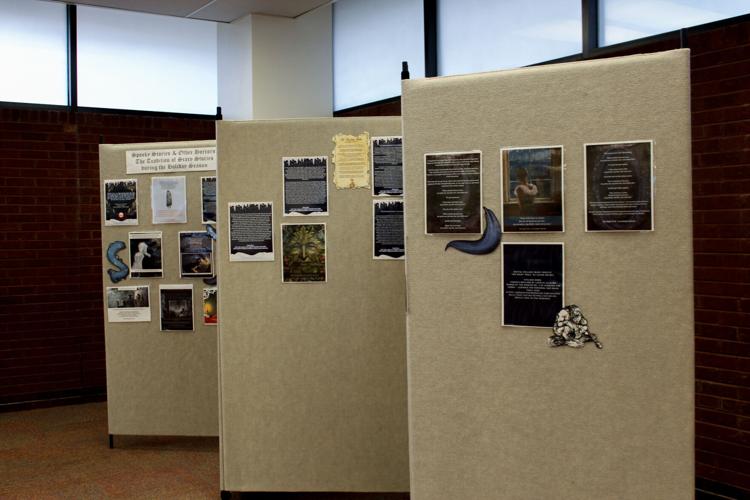 From books to audio readings, the "Spooky Stories & Other Horrors: The Tradition of Scary Stories during the Holiday Season" exhibit at the Lovejoy Library will be sure to send shivers down your spine.

“I thought it’s a really interesting time to keep the tradition alive… I think people would enjoy it because it expands people’s knowledge… it’s a unique aspect of the season,” Barrows said.

The exhibit features large panels of graphics and quotes that explain the history of ghost stories during the holidays, a table filled with spooky books for students to read, a large handmade fireplace and a YouTube playlist to watch. Barrows said there are three main parts of the exhibit: telling, reading and listening.

“I thought [the exhibit] would be fun because you could add graphics to it and try to make it as expansive as possible with the time we have,” Barrows said.

“[Burt] went through and did a few stories and introduced the whole thing, both in the video section of the exhibit and then also in some of the panels,” Barrows said.

In order to tie it into the library, Barrows said she ordered books related to the exhibit for students to read.

“We needed ghost stories for people to check out [and read, so] we bought some books… and made some bookmarks in the MakerLab,” Barrows said.

The exhibit includes a special panel where students can scan a code and read ghost stories on their own time.

“So I found out The Guardian… had a bunch of writers do Christmas ghost stories, and I’m like ‘People can scan [the QR code] and read the ghost stories at their own leisure.’”

“Our social media graduate assistant Haven Wright [said] ‘Hey, nothing’s been uploaded to our YouTube channel in a while…’ so we created a playlist for [the] winter ghost stories,” Barrows said.

Barrows said Weidler added graphics to the video whereas Burt added the music by playing her guitar. The exhibit also features its signature fireplace prop, completely handmade by Weidler and decorated by Barrows.

“I started off with the idea of a fireplace for finals week… and then after that, I was like ‘Hey, we can co-use this for finals week and also the ghost stories…’ so that was one of the pieces I wanted to use for telling the stories in front of it,” Barrows said.

Barrows said that Weidler was a big help with making her ideas come to life.

“So you know, whenever we do a project together, it’s always like back and forth brainstorming ideas, tweaking ideas of what we’re looking for,” Weidler said. “Once I got an idea of the easiest way to construct a nice-looking fireplace, I utilized the equipment that’s in the MakerLab.”

Weidler said the fireplace made for a homey environment.

“I have had many students come and check out this area and compliment the fireplace… it just makes that corner just a little more warm,” Weidler said.

Barrows said she got inspiration for the project from an old blog post she made.

“I used to work at Edwardsville Public Library and I did a blog post on the tradition of ghost stories at Christmas… so when I started working here I wanted to do it again but in a more expansive aspect,” Barrows said. “I’m glad it came together as it did.”

For more information on the exhibit or to watch the stories, visit Lovejoy Library’s Youtube channel