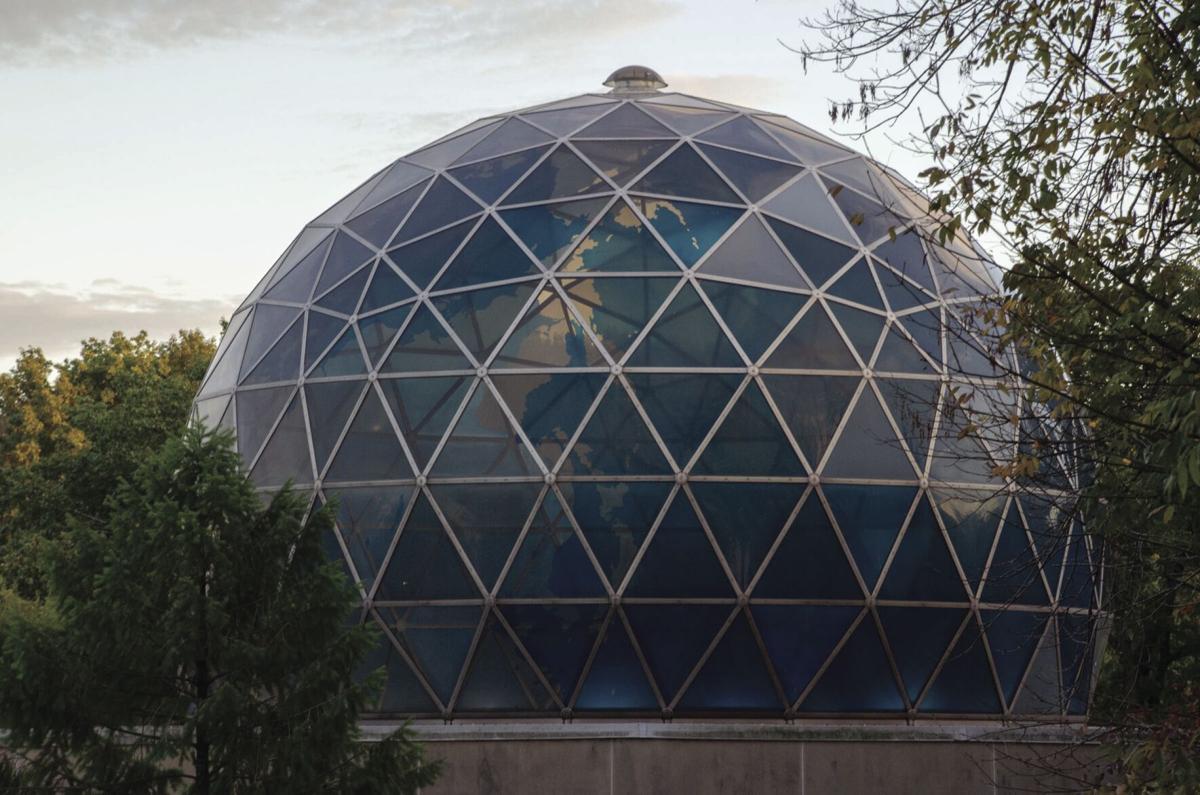 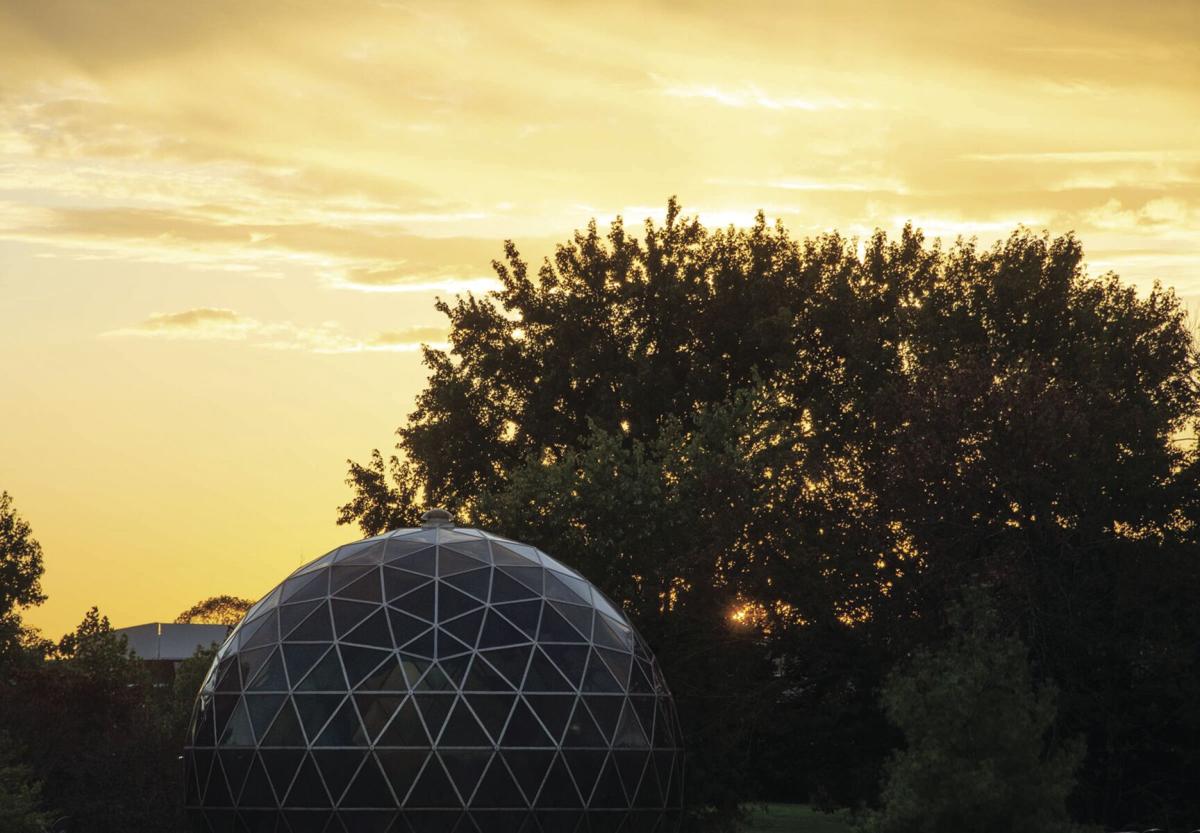 Philosophy and architecture don’t always mix, but they did for Buckminster Fuller. And, in 1968, he was commissioned to build the Fuller Dome on campus, which serves as SIUE’s Center for Spirituality and Sustainability. 50 years later, the dome is still campus staple, and plenty of work is still done there.

Al Deibert, a volunteer at the dome, said the reason he volunteers at the Fuller Dome is the same reason he attended the 50th anniversary event — he loves the writings and work Fuller did.

“I’ve been a volunteer here for over 20 years now, and I’m something of a Fuller devotee. I love Fuller and his philosophy, and all he represents,” Deibert said. “The whole idea of world unity, world citizenship and all of these other phenomenal ideas his mind created are amazing.”

The event featured a reading of Fuller’s speech, “Geoview, Go In To Go Out,” and according to Deibert, it was a highlight of the event.

“The idea of having family members and friends [of Fuller] read parts of the ‘Geoview,’ as they did, is just wonderful,” Deibert said. “That was also read when the building was dedicated, and now, here, 50 years later, it brings it

After the reading of “Geoview,” there was a performance by the Katherine Dunham Dance Troupe, and music, courtesy of the orchestra department on campus. The music served as background as members of the public were encouraged to view an exhibition of Fuller’s original writings and architectural plans.

Benjamin Lowder, center director at the Fuller Dome, said the dance performance was dedicated to a member of Fuller’s family.

“We had a Katherine Dunham-style dance tribute to Buckminster Fuller’s daughter, Allegra Fuller Snyder, who passed away this year on July 11,” Lowder said. “She was really crucial in recognizing this building and this region of southern Illinois as the most important region in the world for

Also in attendance was Rick Rader, an SIUE alumni, and his wife, Robin Rader. Rick said they saw information about the event on Facebook, and decided pretty quickly he wanted to come. According to Rick, he made that decision because not only was he a student when the Fuller Dome was fully established on campus, but he also worked there.

“I was the first custodian here, when I was attending in ‘71. I was a sophomore, and I was studying geography and earth science,” Rick said. “It’s just really eerie. I mean, nothing’s changed.”

Rick said he got the job from Bob Tree, who used to be one of SIUE’s campus pastors.

“I was in the Wesley Foundation, with Bob Tree, who was one of the campus pastors back then. There was a Baptist, a Catholic, a Methodist, all represented here, and they all had their offices [in the dome],” Rick said. “Bob Tree, who was the Methodist pastor, he was the one who hired me to do the cleaning here when it just opened.”

Robin said her and Rick’s son attended SIUE in 2016. According to Robin, one of the reasons he attended was how close the campus was to them.

“It’s nice to have that connection. This is our own backyard. We live in Roxana, so this is close by for us,” Robin said. “Rick worked here and studied here, and now our son’s gone through. It’s just amazing to see how the campus has grown.”

Like Rick, Lowder’s connection to Buckminster Fuller’s history reaches back far as well. Lowder has a background in sustainability and architecture, and according to him, he was invited on campus by Linda Markowitz, chair and professor of sociology, to discuss the social impact of his work.

“I came and parked in visitor parking lot B … At the time, I was working with the Bucky Fuller Dome Home in Carbondale and doing fundraising, graphic design, commercial artwork, to help raise money to restore it,” Lowder said. “So, I immediately came over and asked if [the dome on campus] was done by Buckminster Fuller, and they said it was, so I said, ‘I will be back.’ I’ve been working here ever since.”

This interconnectedness between things is exactly what Fuller wrote about in “Geoview.” The full essay can be found on the Fuller Dome’s website.

“One goes inside to go outside one’s self and into the center of the Earth and thence outward to the stars in seconds. The [Center for Spirituality and Sustainability] becomes at once the cathedral of universal reality and cathedral of universal mystery, in which is simultaneously revealed the macro-dome designing integrity,” Fuller wrote. “Whose infinitely inclusive, detailed and tireless concern and competence are overwhelming manifests of the eternal, timeless, cosmically regenerative love-intellect governance of Universe.”