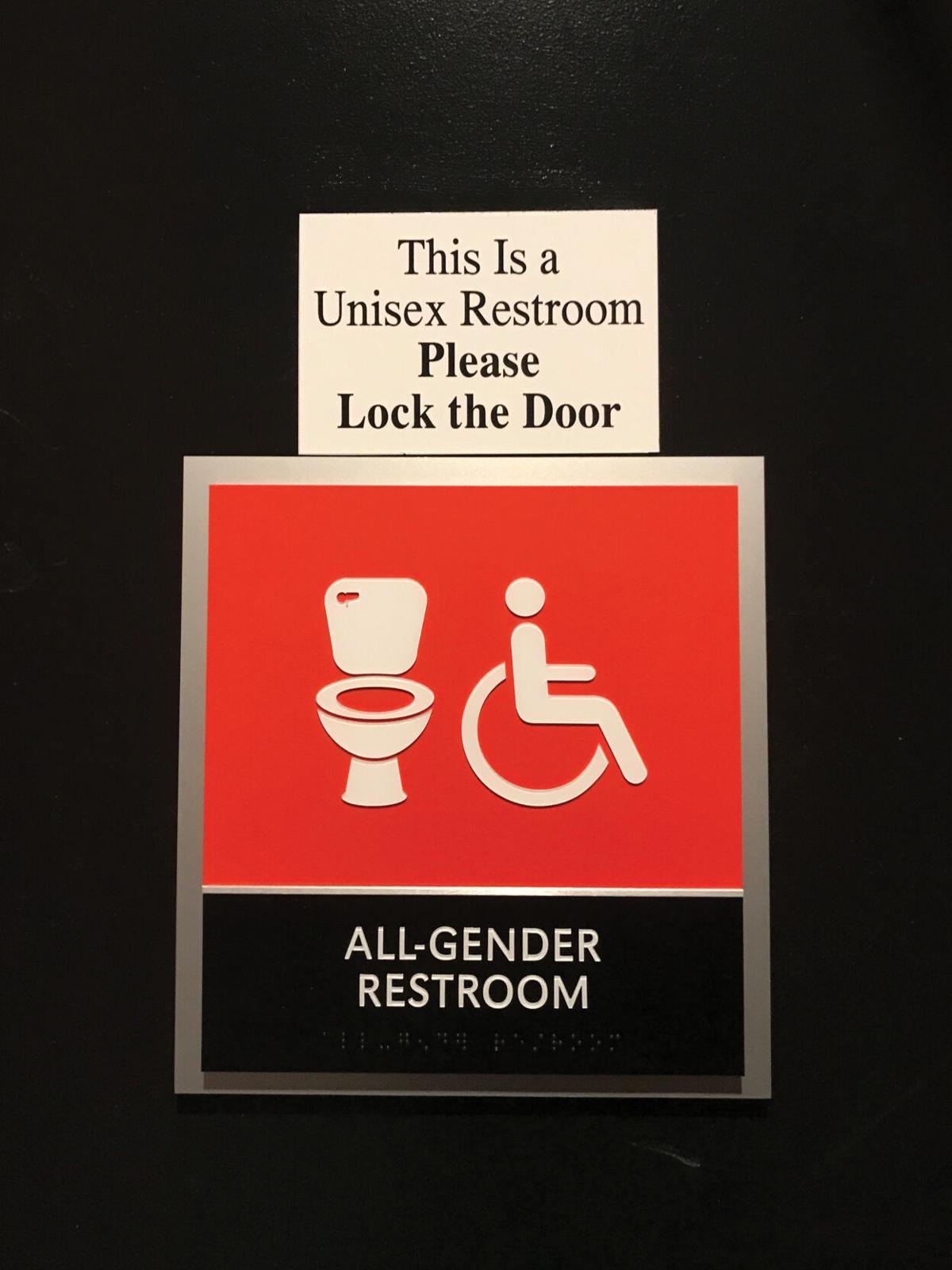 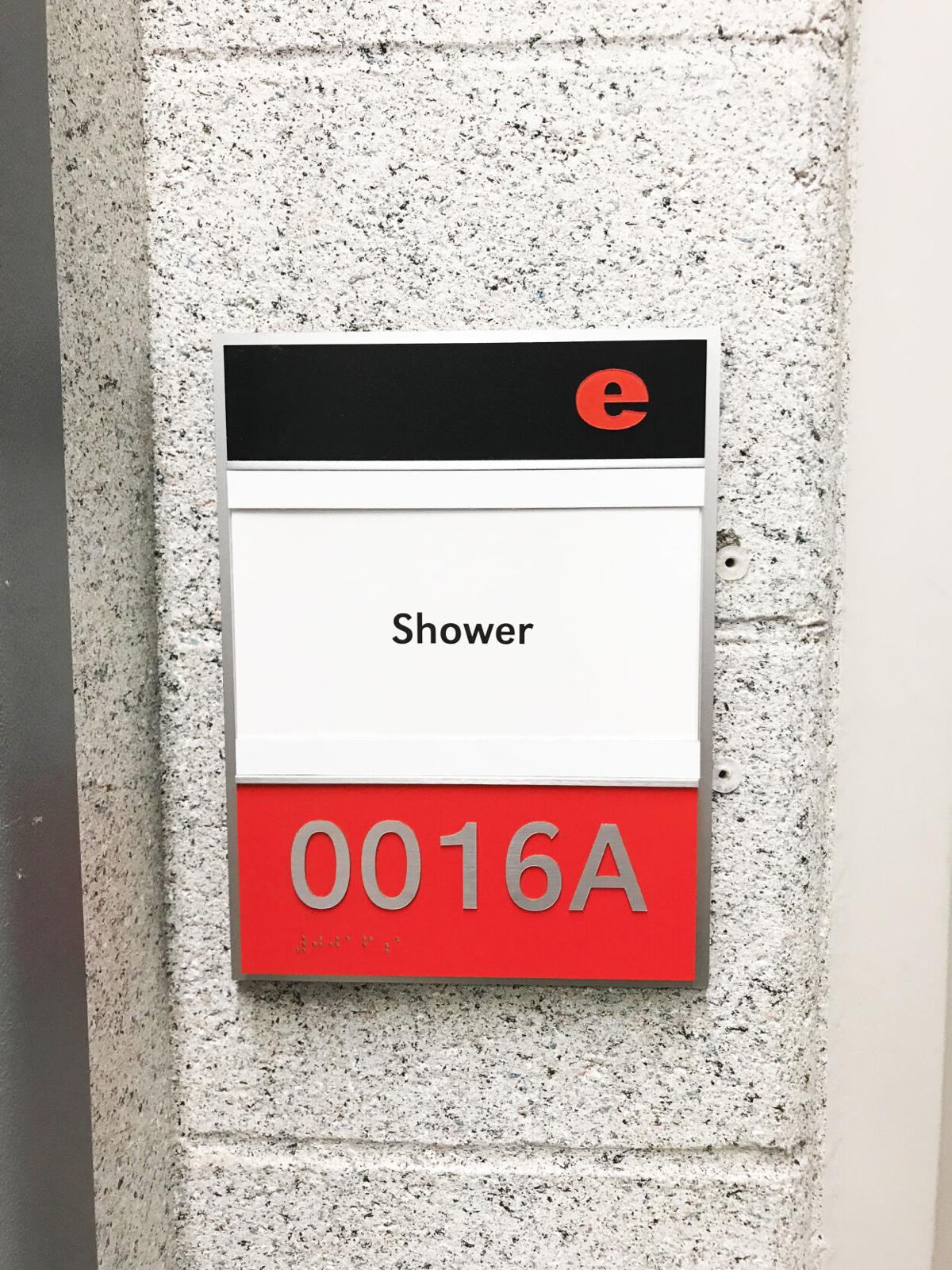 Gender-neutral signage on public single-occupancy restrooms has been required by state law since 2020; while SIUE has since made itself compliant, members of the school’s Restroom Accessibility group say there is still work to be done.

Senior English secondary education major Jo Moulton, of Chatham, Illinois, is also the secretary for SIUE’s Gay-Straight Alliance. They said the university’s lack of gender-neutral restrooms — and the lack of awareness surrounding them — is particularly inconvenient for students on campus.

“One thing I’ve noticed is there’s, as far as gender-neutral restrooms ... we have [them] in Peck Hall and that’s it,” Moulton said. “Some students don’t even have classes in Peck Hall and might not even know about those as an option. Can you imagine only having Peck Hall every time you had to go to the restroom?”

A state-wide restroom law enacted on Jan. 1, 2020 requires all public single-occupancy restrooms to be labeled “all-gender.”

Ezra Temko, a member of SIUE’s Safe Zone and its Restroom Accessibility Group subcommittee, said a list of all compliant restrooms on campus is available on the Safe Zone website.

“Under ‘Gender Inclusive Restrooms on Campus,’ we’ve listed a few, which includes Peck Hall, where there’s a family restroom; Engineering, a restroom in the basement that’s marked ‘shower’; [the Morris University Center] restroom is in Starbucks and then in the Lukas Annex, which I guess is in the [Vadalabene Center],” Temko said. “So those should be gender-inclusive, and … should now have marked signage that says ‘all-gender.’”

Director of Equal Opportunity, Access and Title IX Coordination Jamie Ball, another member of Safe Zone and the Restroom Accessibility Group, said the group was formed in an attempt to identify what the LGBTQ+ needs on campus are beyond what’s legally required of the university. According to Ball, the group has a few goals, not the least of which is spreading awareness.

“One [goal] is to make sure that all of the signage for the restrooms that we do have that are gender-inclusive are prominent and up-to-date,” Ball said. “And then also, kind of boosting the signal of the availability of those restrooms by developing some augmented maps or guides or things like that, so that if you were planning a trip to campus or let’s say you’re a new student … [you’re] going to need to use a bathroom at some point, so it’s good to know where bathrooms are.”

The list of gender-neutral restrooms on the Safe Zone website features links to various campus building maps, but the links are not currently operational and Temko says the site may need to be updated in order to reflect the current signage on campus.

Privilege is a special advantage held by people in a certain group which is unavailable to those outside the group. Ball said those who are cisgender, or whose gender identity aligns with their assigned birth sex, are granted a sense of privilege over nonbinary students due to the inequality of campus restroom accessibility; because of this, she said it’s important for students without such privilege to speak out on this issue.

“I know it’s a big ask of people, especially folks who maybe are feeling already pretty marginalized and maybe a little unsafe relating to questions of gender identity to speak up and let their needs be known,” Ball said. “But it is helpful, because it’s a function of cis privilege to walk around in the world and not appreciate that this is even a question or an issue.”

Temko said he would like to see further accommodations made and considers them part of the university’s mission.

“A next step would be for SIUE to make sure that in any building that has at least three multiple-occupancy bathrooms, that one of those multiple-occupancy bathrooms is designated ‘all-gender.’ I think that right now, all that would take is those same all-gender signs … which is a pretty minor cost,” Temko said. “If this requires more [money] … our administration has said that they’re committed to creating an inclusive university … and especially if the core of what we’re doing here is academics and we’re saying that in academic buildings, students don’t have access to their basic needs, then we’re failing at that mission.”

Illinois House Bill 3195, introduced by Rep. Katie Stuart (D-Edwardsville), would require all public multiple-occupancy restrooms to have gender-inclusive signage. Ball said she would welcome this change at SIUE if the bill were to pass.

“[It’s] an interesting question of, ‘Well, do we just relabel all our restrooms?’ Personally, I’d be cool with that … To me, the idea of all the bathrooms just becoming gender-inclusive doesn’t seem all that controversial,” Ball said. “I think going forward … to prioritize this as a budget question, I think that might come from on high, from Springfield, to some extent.”

Temko said the Restroom Accessibility Group plans to make specific policy requests to administration at a future time yet to be determined.

“We’re putting together what our ask is to the administration about policy … We have folks that are plugged in different parts of the university, but we haven’t made an ask yet, so we’re putting that together and then we’ll see kind of what response we get,” Temko said.