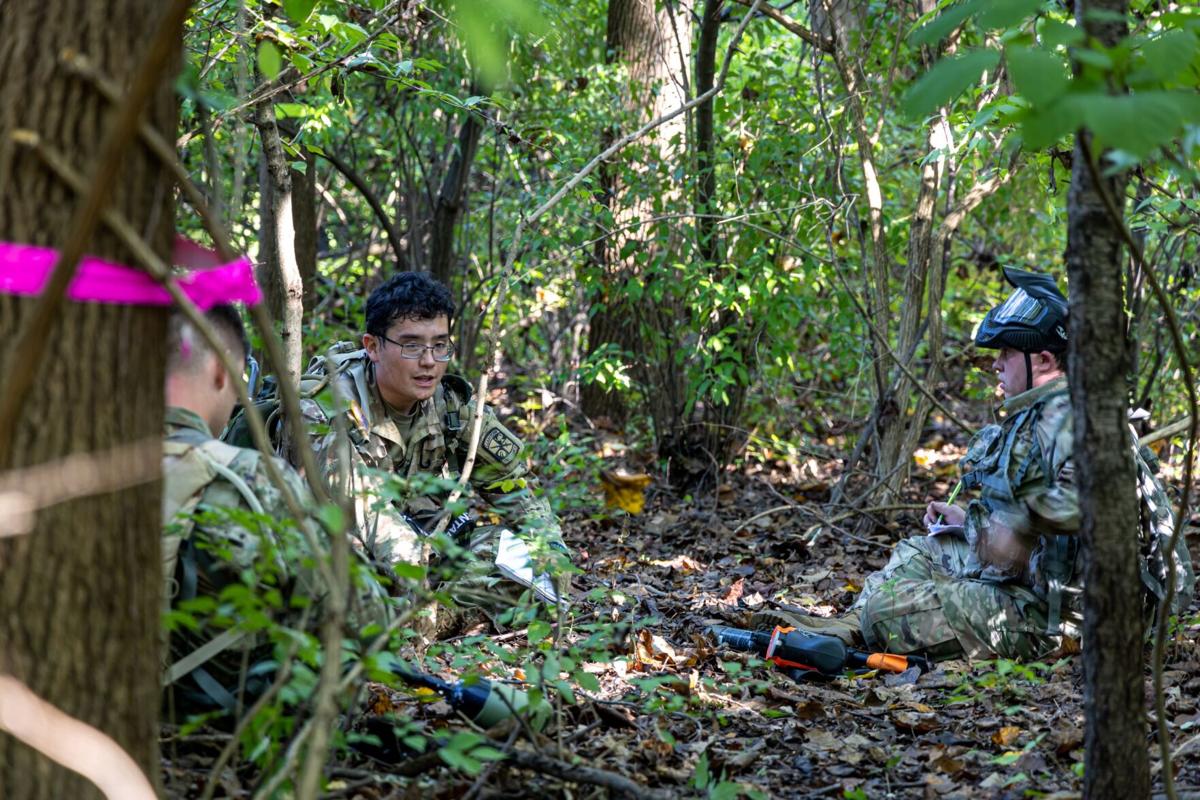 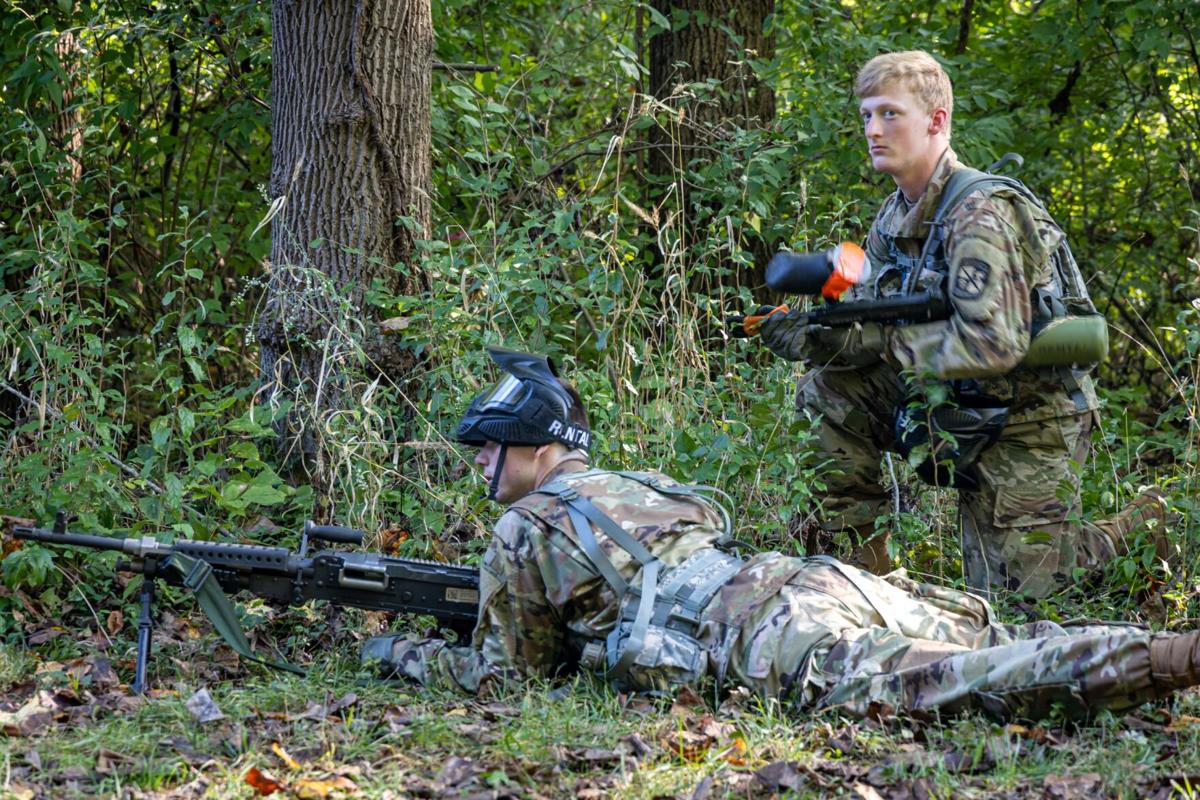 Entrenched in the woods of the SIUE campus on the outskirts of Airplane field during October 7-10 was the ROTC SIUE Battalion. This past weekend, they were doing their annual field training exercises, known as FTX training drills.

Major Eddie Woody is fairly new to SIUE. After joining the Army in 1998 as an enlisted man, he became an officer in 2007. He then arrived at SIUE in May of this year and took over the ROTC program in June.

Major Woody said FTX is led by the cadets themselves.

“Out here is the opportunity for the cadets to practice their tactics. It is cadet planned, cadet led, and they are responsible for execution for start to finish,” Woody said.

Sophomore John Winkler, a business major, from Alton, Illinois, and 2nd squad bravo team leader said he loved using paintball rifles, and that it was a good simulation.

“In the past, we have used dummy rifles, which are just plastic rifles. With the dummy rifles, we’d have to simulate noises and we wouldn't really know if we got shot or not. With the paintball rifles, you know if you are messing up, if you are too visible you will know pretty quick,” Winkler said.

Although it involves a lot of drills, there is a very important part to all the drills and training Woody said.

“The most important part of this is to prepare the MS3 class for next summer where they have to go out to advanced camp at Fort Knox and utilize all the things that they are learning from now until then which is more or less their final certification before their senior year,” Woody said.

Although the drills are time-consuming, they can involve a lot of fun and it is a time that underclassmen have an opportunity to learn a lot Winkler said.

“This is probably the most fun FTX of the entire semester. We’re out here, actually running missions. Especially the underclassmen will learn a lot from this FTX,” Winkler said.

He said the ROTC conducts a large variety of mission types.

“It's kinda the nitty-gritty of the Army. Here at ROTC, we do a lot of infantry-based tactics because that is a good basis for military officers,” Winkler said.

Freshman Will Dunlap, an environmental engineering major from O’fallon, and MS1 cadet in ROTC said his favorite part of the weekend was land navigation.

“Land navigation is plotting and finding points. You basically run out into the woods with your buddies trying to find stakes in the ground. It’s pretty fun,” Dunlap said.

Dunlap is also in the National Guard, she said his expectations compared to those for ROTC were low.

“Overall, so far it’s been pretty good training honestly. Especially for kids who don’t know anything, I could see where it is a very welcoming environment for people to learn. It's pretty laid back compared to your traditional Army, how you learn, and basic training. Everyone here is here to help, no one is really overly assertive about anything, it’s very open-air, no criticism of questions,” Dunlap said.

Senior Colton Higgerson, battalion commander of ROTC at SIUE, said their weekend plans were to run through platoon operation with full-sized platoons.

“We have paintballs out here, we have simulation grenades. We are just running through missions that we would normally cover. Getting people leadership opportunities to prepare them for the advanced camp, which our juniors go to, to get graded,” Higgerson said.