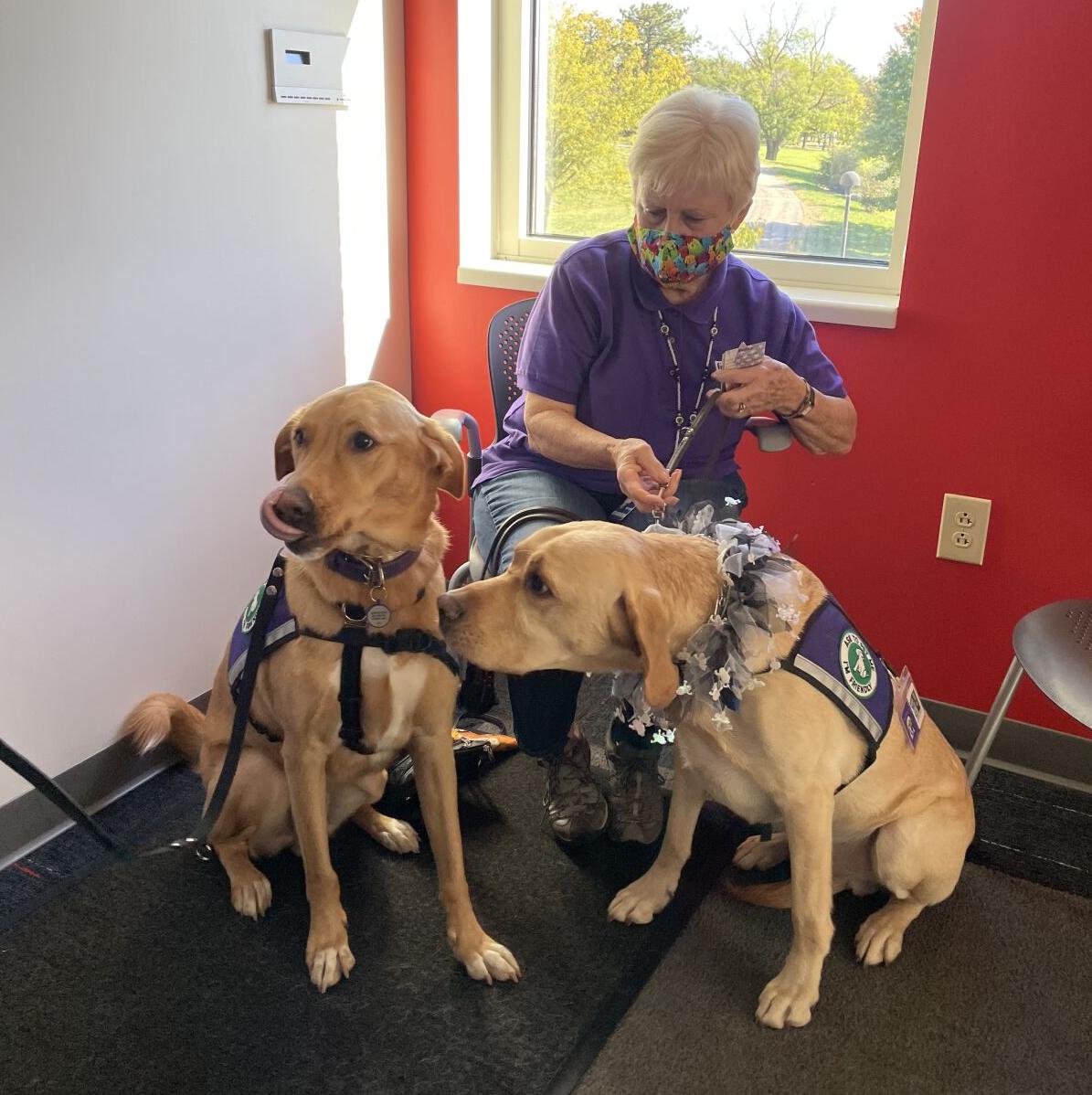 Bosco (left) and Nautilus (right) along with Nautlis’s owner, Sue Ellen Choate, prepare for students to take photos with them. 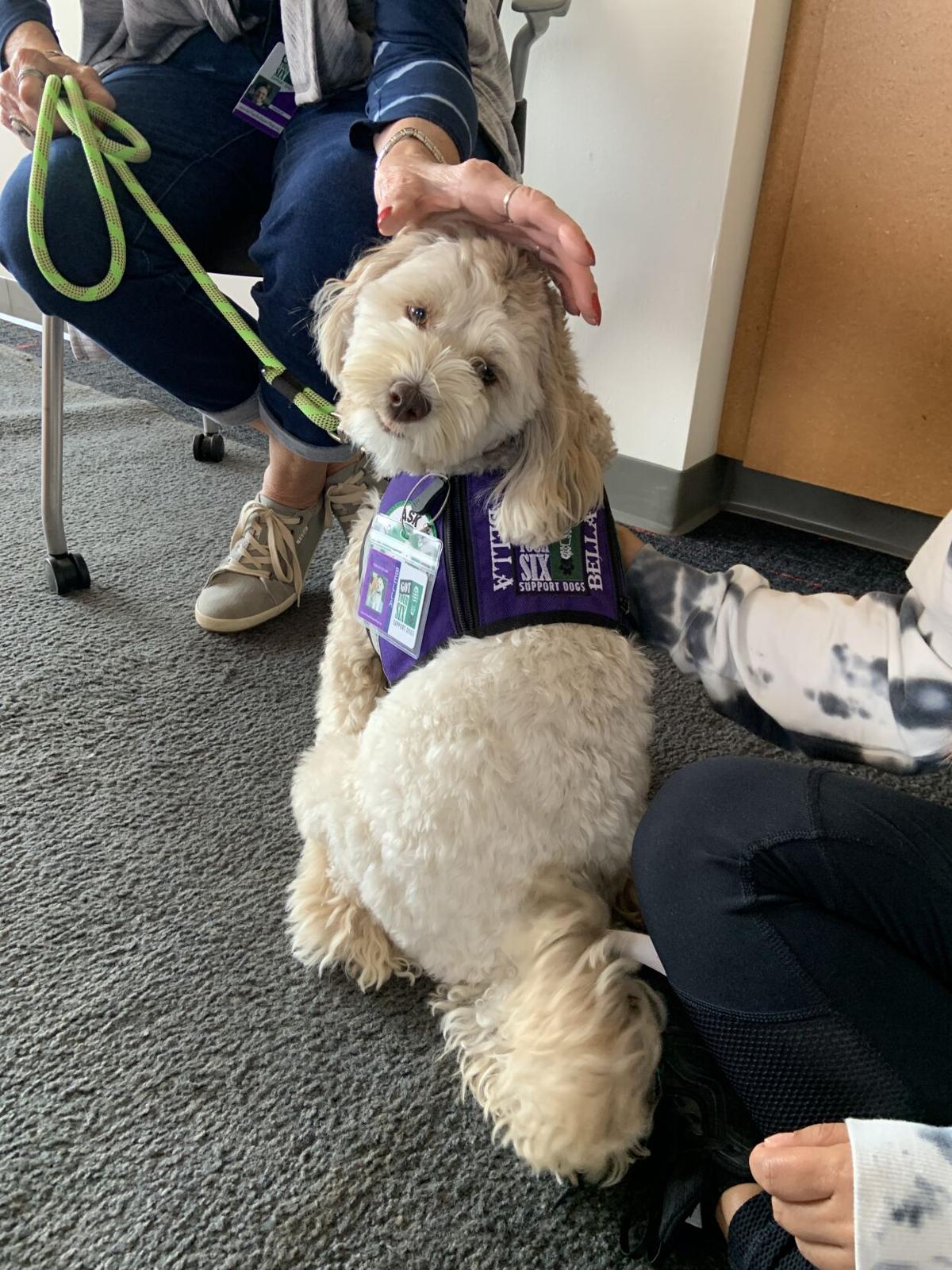 Bella is happy to be of service to the students, even if it requires a few naps. 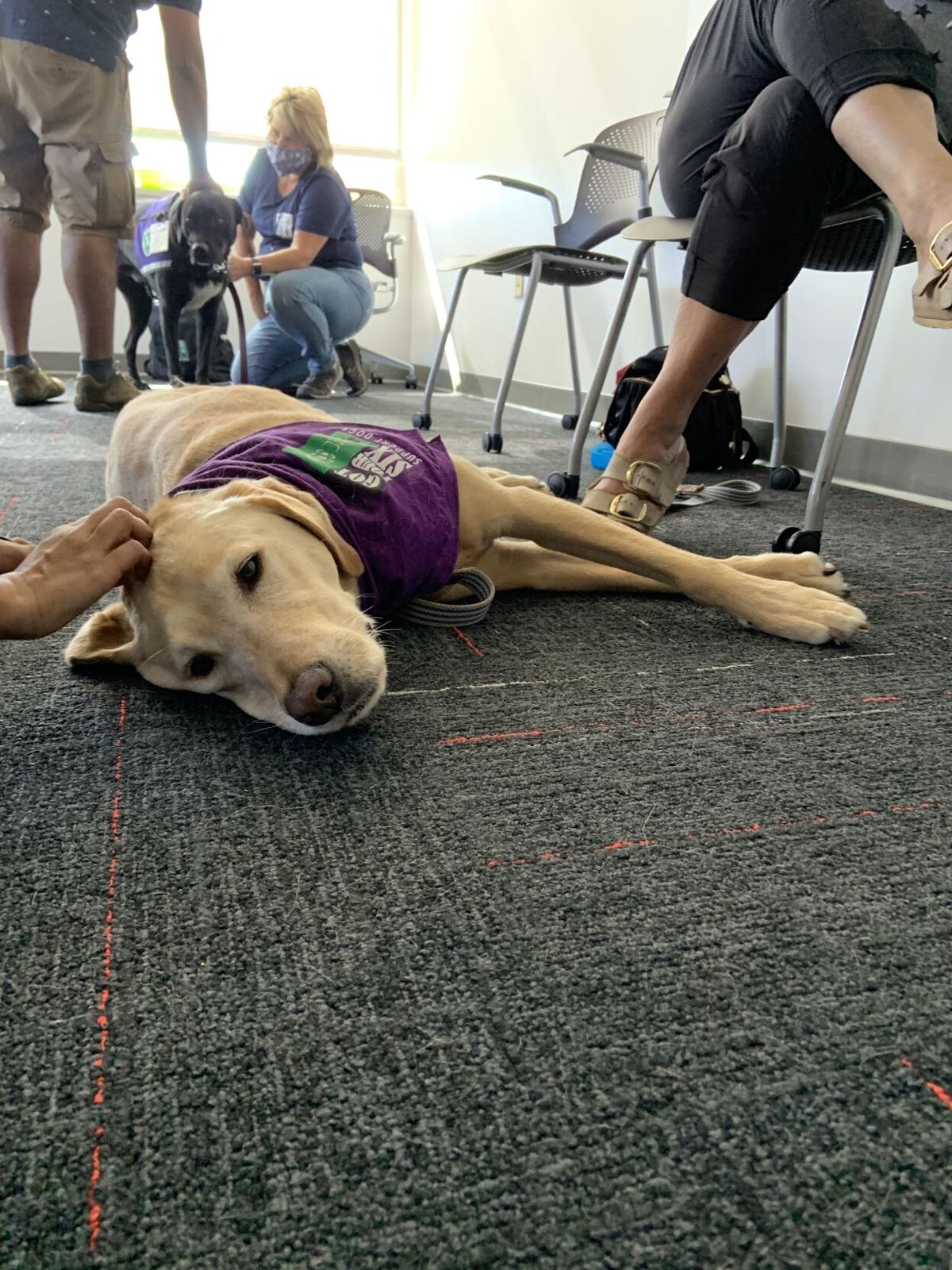 Nautilus is happy to be of service to the students, even if it requires a few naps.

Bosco (left) and Nautilus (right) along with Nautlis’s owner, Sue Ellen Choate, prepare for students to take photos with them.

Bella is happy to be of service to the students, even if it requires a few naps.

Nautilus is happy to be of service to the students, even if it requires a few naps.

SIUE ACCESS is currently putting on Pet Assisted Wellness Sessions to promote student wellness. Once a week, therapy dogs are brought in and students are able to sign up to come pet them.

Asia Locke, a senior social work major from Chicago, helped start the program as part of her social work practicum. She said she thought of the idea because she remembers missing her dogs when she moved to college and thought other students may have felt the same.

“One of the first days I was with all the other practicum students, the director and our supervisor, we were brainstorming ideas.  I was like, ‘Why don’t we bring in therapy dogs.’ [Everyone else said] ‘They already do that during finals’ and I [said], ‘But what if I do it weekly,’” Locke said.

“I know some of the students are in a new unfamiliar place [and are] having some anxieties about that. Sometimes [you feel like] you’re not really accepted and these therapy dogs can come over and take your mind away from that from time to time,” Ferland said.

Got Your Six Support Dogs is a charitable organization that works to provide veterans, first responders and sexual assault survivors who have been diagnosed with PTSD with service dogs for no charge. According to Ferland, these dogs can cost up to $20,000. Got Your Six Support Dogs also helps train therapy dogs to go into courtrooms, hospitals, nursing homes and schools to provide stress relief for people.

When Locke reached out to Got Your Six Support Dogs, she said she got a good response from the volunteers who bring in their own trained therapy dogs. Now, four or five volunteers bring their therapy dogs to campus weekly to allow students a chance to relax.

Therapy dogs have been shown to reduce stress and anxiety, according to the US Service Animals organization. Sue Ellen Choate, a volunteer with Got Your Six Support Dogs, has raised therapy dogs for several years now and sees the impact that dogs can have on people.

“I have seen blood pressure monitors drop in hospitals when patients see the dogs,” Choate said.

When students go in for their 15-minute time slot, they are able to spread out in the room and pet the dogs who are sitting with their handlers. Each handler has photo cards of each dog telling the students a little bit about them. There are many breeds of dogs from labs to golden retrievers to a poodle-retriever mix.