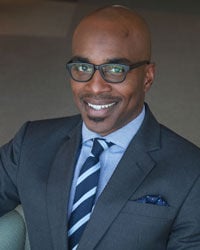 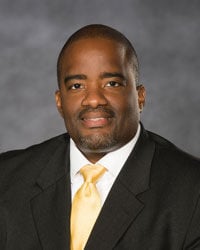 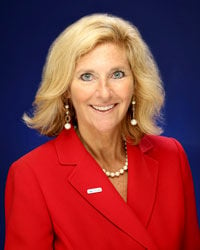 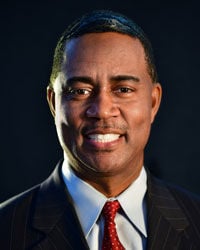 As the University searches for a new Chancellor, four candidates have made it to the final rounds of interviews and the University is asking for student opinions.

James T. Minor is the assistant vice chancellor and Senior Strategist for the Division of Academic and Student Affairs at California State University. He has held that position since 2016 and has worked in higher education for more than 20 years.

During the Open Forum, Minor spoke about expanding the visibility, reputation and reach of the university and how to reach those goals even when obstacles are in the way.

He has written for HuffPost and Inside Higher Ed, and has taught at universities since 1996. He was also appointed by the White House to work for the U.S. Department of Education several years ago as Deputy Assistant Secretary.

Andrew Daire is currently the Dean for the School of Education at Virginia Commonwealth University and has been in that position since June of 2016. He has worked in higher education for 25 years, including 13 years at the University of Central Florida.

Daire’s platform is aimed at community involvement on campus as well as personal and professional development to promote excellence among students and faculty. When he spoke at the third Open Forum he said to meet the goals that both the university and he himself have, it will take everyone helping out and working together.

“We’re also helping to meet the goals of the system, so if I was going to take all of this and titrate it down to one word it’ll be together. Together, we can accomplish so much. Together we can really accomplish anything,” Daire said.

Shari McMahan is the current Provost and Vice President for Academic Affairs at California State University San Bernardino and has been in that position since 2016.

McMahan spoke about the importance of sustainability in her Open Forum. She said that sustainability and green efforts are important for the planet but also build a campus culture of belonging.

“It’s important because students want a place of purpose. They want that sense of belonging and environmental sustainability is one of those areas that students find that purpose,” McMahan said.

McMahan has been published nearly 50 times in journals, textbooks and reviews.

Robert Mock is currently the Executive Vice President and Chief of Staff at the University of Maryland Eastern Shore since 2018. He has worked in higher education since 1995.

Robert Mock is an SIUE alumnus. He earned a Bachelor of Science in Engineering, with minors in physics and mathematics from SIUE. He has a master’s and doctorate from the University of Arkansas at Little Rock in interpersonal and organizational communication, and higher education administration respectively.

Before working in higher education, Mock worked in the corporate world and military. He was a quality control manager at Pepsi-Cola, then joined the Army National Guard as a hospital administrative officer after 9/11. He was enlisted in the military from 2002-2010.

One of Mock’s main points of focus during his Open Forum was giving value and understanding to everyone at the university, especially to those who are working behind the scenes.

“I’ve learned that it’s important that you stand on the shoulders of other individuals, even when you’re not in the room. When that student is in crisis, there is an RA somewhere holding that person’s hand. I’ve learned that early in my career it’s important that you give value and give opportunity and voice to those individuals who are working when you cannot see them,” Mock said.

Students have the ability to voice their opinions on each candidate. The recorded Zoom videos and survey forms can be found on the SIUE Chancellor Search website. The surveys are due at 4:30 p.m. on Friday, Nov. 5.