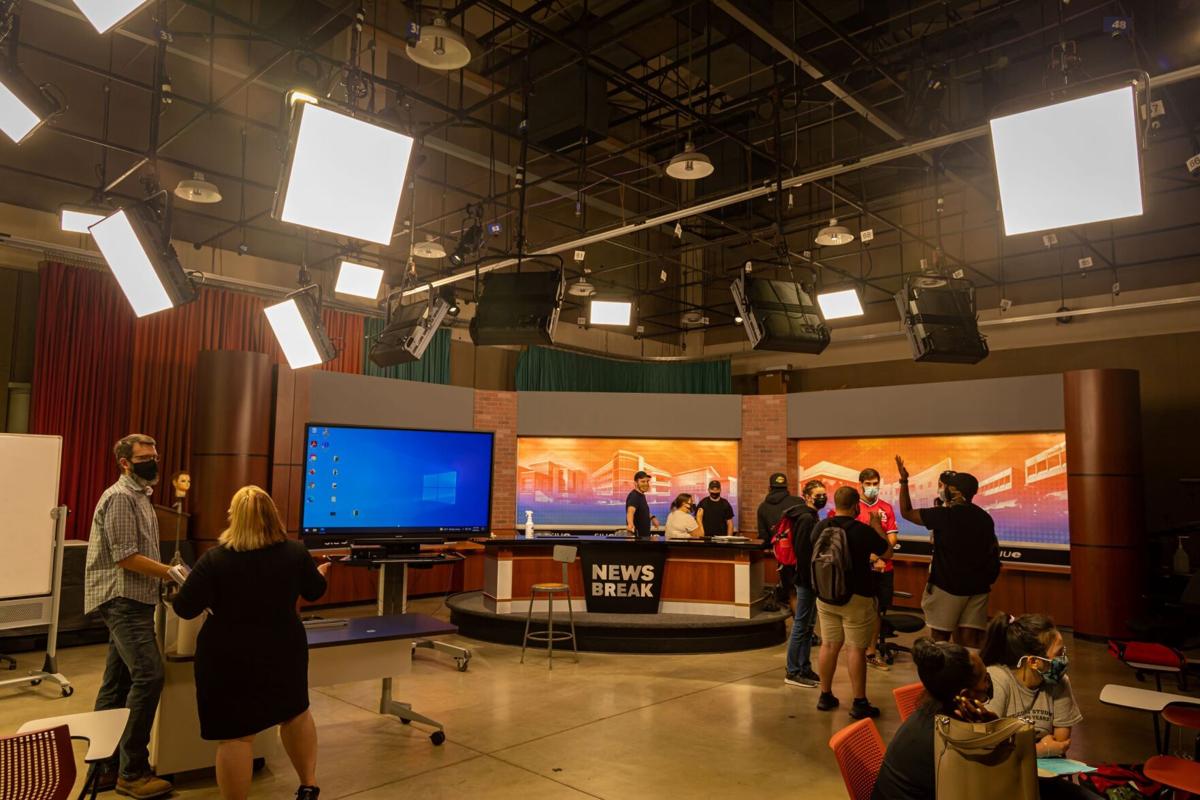 The new lighting control board purchased by TV studio can control the brightness, color and special effects of lighting.

The new lighting control board purchased by TV studio can control the brightness, color and special effects of lighting.

At the price of $192,906 funded by the Vice Chancellor for Administration Multi-Purpose Construction Account, the upgrades replaced the old incandescent lighting and the projectors with up to date LED lighting controlled by a new light system and a new interactive touch screen TV.

Musonda Kapatamoyo, chair of the Mass Communications Department, said the department identified the need for an update due to the high costs of the incandescent lighting and the need for students to use current equipment.

“Incandescent lighting gets very hot, is very expensive because it’s not energy efficient and the bulbs break often, so we have to replace them often,” Kapatamoyo said. “The replacement for it is LED lighting …. It’s going to save a lot of money, the LED lights last much longer and they are the industry standard at the moment.”

Broadcast Engineer Ben Moyer said the conversation about an upgrade started before he was hired over two years ago. The new lights also make the studio much cooler without the excess heat while also providing a more convenient way to change the colors of the lights to almost any color on the visible spectrum.

“With incandescent lights … if you wanted to change any colors, you had to use what’s called a ‘gel’ [which] is basically a plastic material that comes in lots of different colors. So you had to find a gel that you wanted, you had to go up to the light fixture and attach the gel and work with it that way,” Moyer said. “With the LED system we have now, it’s all part of the control system.”

While it wasn’t as out of date as the lights, Moyer said the lighting control board was also updated to be industry standard to help students learn how to work with lighting.

Moyer said the biggest benefits he sees in getting the upgrade is to give students the opportunity to work with equipment they’d use in the professional field.

“It’s state of the art, it’s up to date [and] it’s the same brand and/or the same type of lighting system that students would see if they went into TV studios across the country,’’ Moyer said. “These are the systems of lights that people are using in the broadcast industry, and the way that they are controlled is what students will see in the workplace.”

Mass Communications Instructor Cory Byers said he has already seen the difference in the heat between the incandescent and LED lights.

“Students [would] get really hot when you have the lights on for a long period of time [and] they’re also easier to maneuver because you don’t have to worry about getting burned if you’re adjusting the lights,” Byers said.

Senior Mass Communications major Carlos Dulcamara said he had worked in the TV studio before the update and immediately took notice of the new equipment.

“I’ve noticed that we got a brand new giant television, so people can see better because we used to have a smaller flat screen TV — and of course the giant LED lights that we have now. It’s a lot brighter, a lot newer and it just looks fresh,” Dulcamara said.