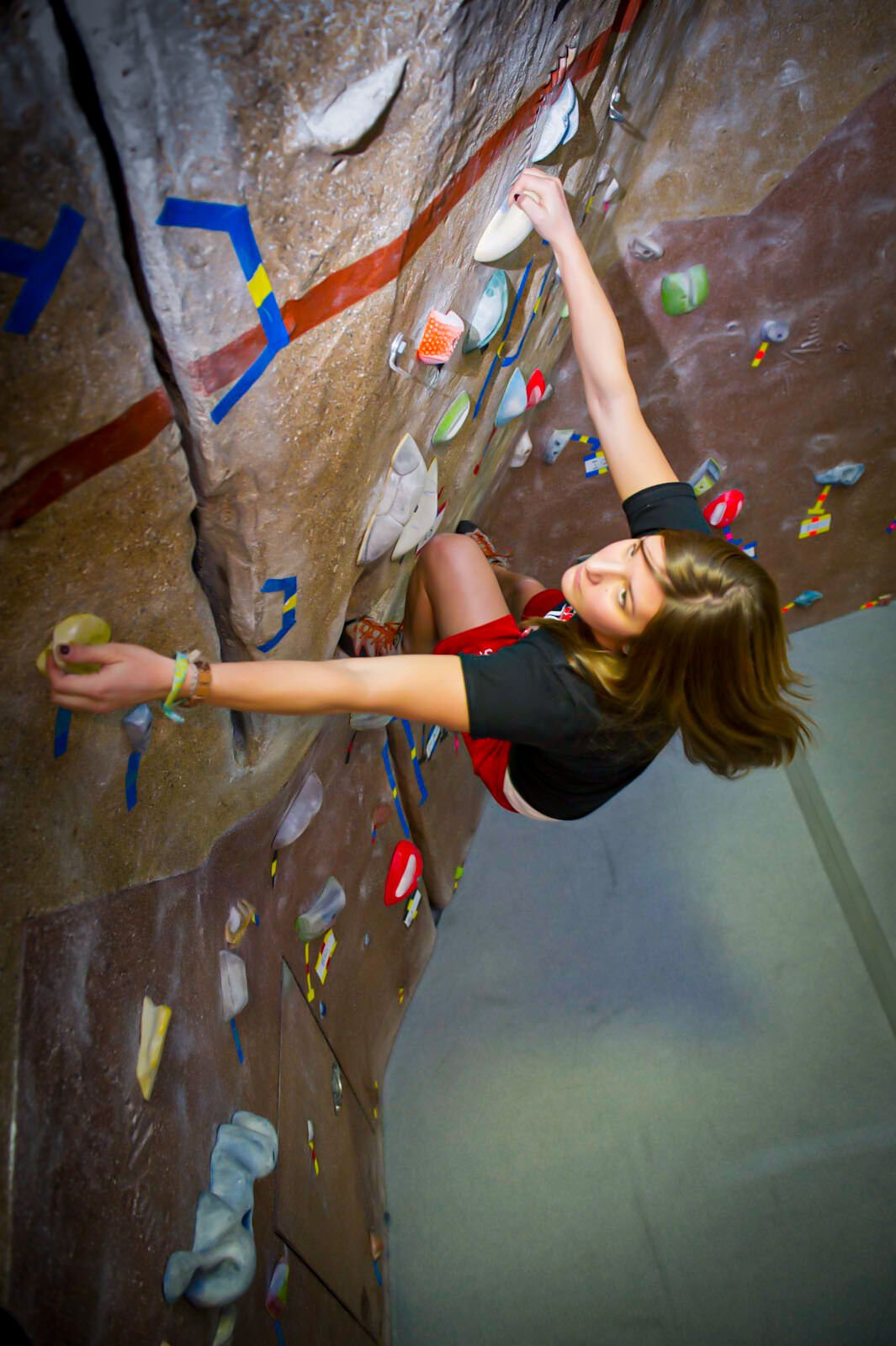 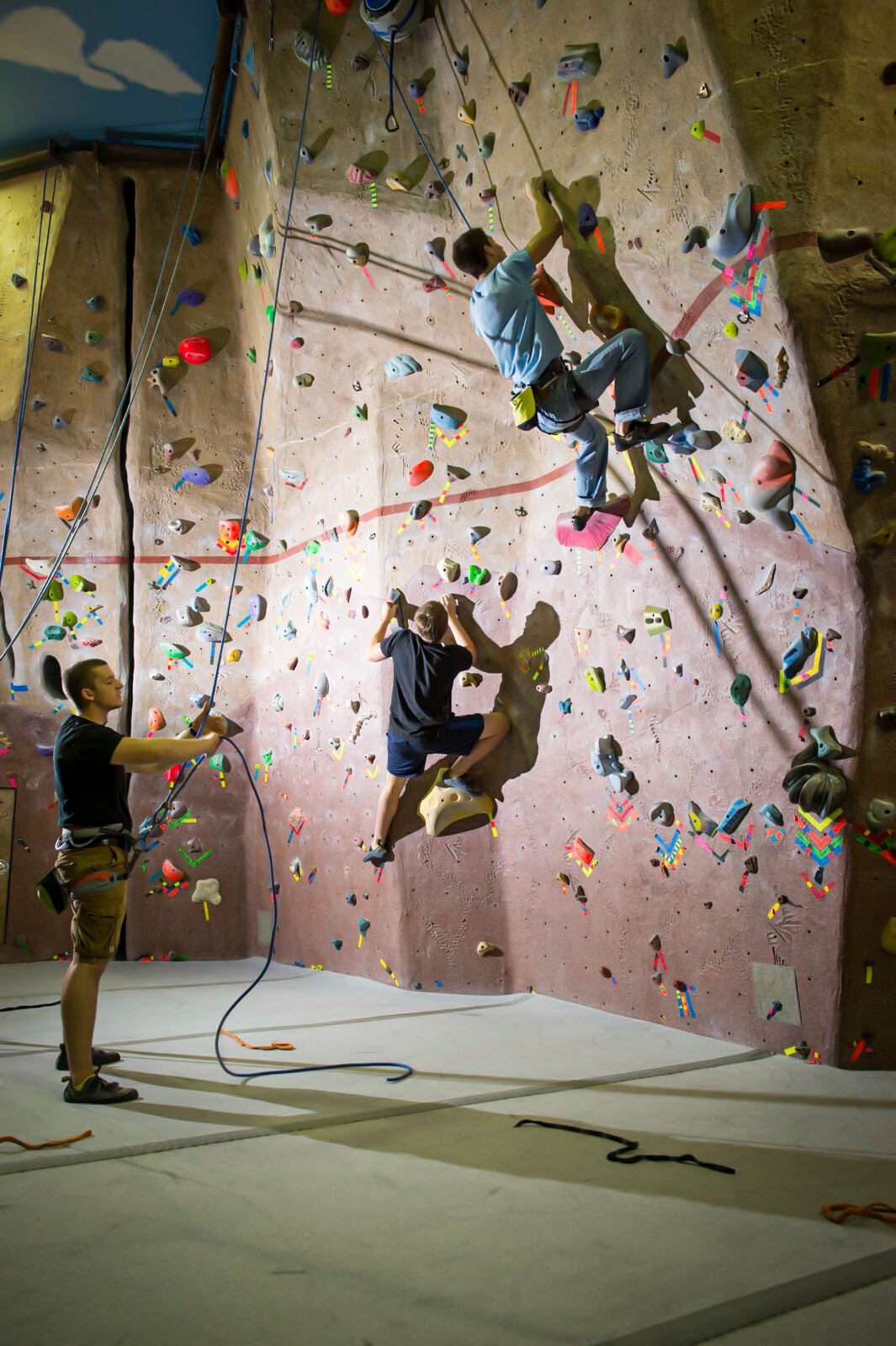 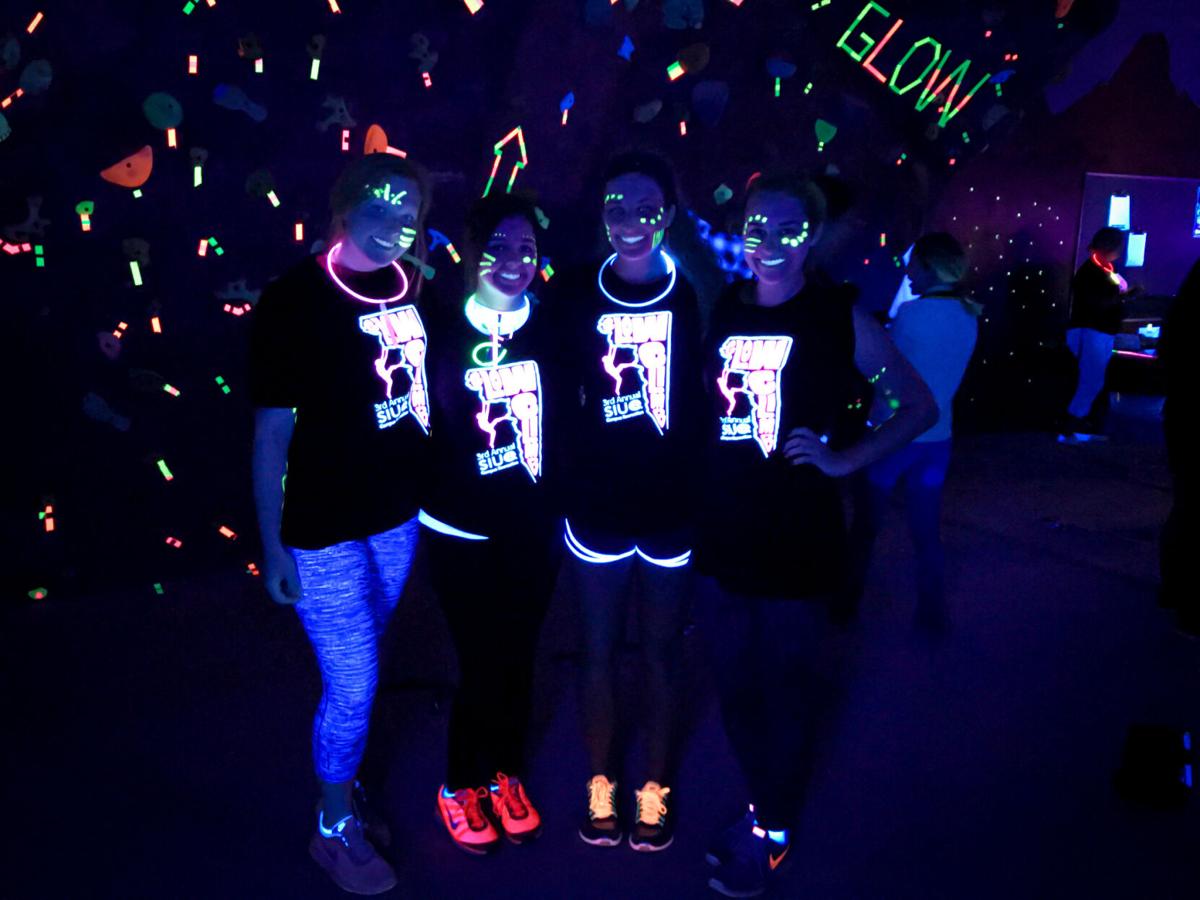 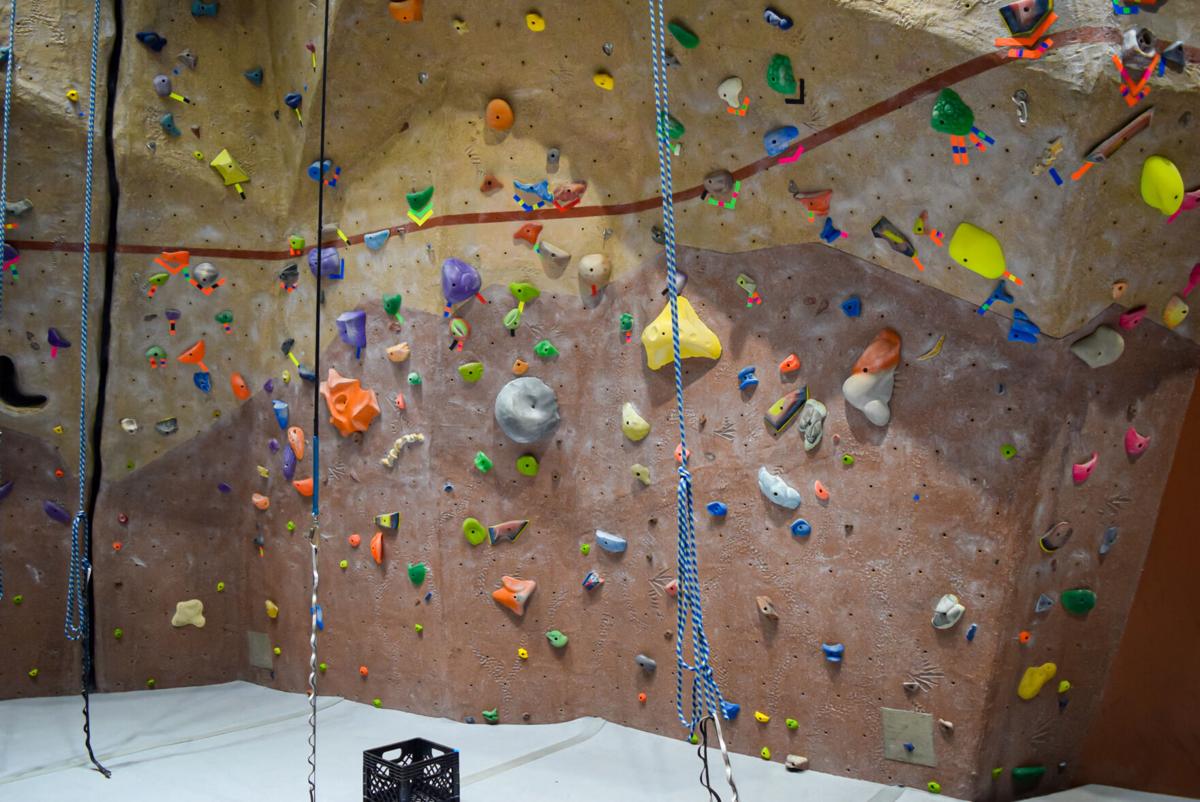 After being shut down during the pandemic, the rock climbing walls in the Student Fitness Center Climbing Gym have finally reopened, bringing new joy to students who weren’t able to experience it before.

The Climbing Gym, located near the equipment checkout area of the SFC, consists of a tall room with several walls featuring different courses for different levels of climbing ability.

Sophomore history major Noah Tungett of Bethalto, Illinois, is a student worker attending to the bouldering cave and its visitors. Tungett said the hours are the main difference he sees, with the Climbing Gym only being from 5 to 9 p.m. on Tuesday and Thursday as opposed to every day.

This being the first year he’s worked in the Climbing Gym, Tungett said he’s excited to learn how to reroute the walls.

“Rerouting is taking all the pieces off the wall [and] setting new paths that you can climb on. We’re looking to do that every few weeks just to add some variety and some new stuff, and I’m looking forward to it,” Tungett said.

Due to the grip-focused nature of rock climbing, the Climbing Gym also contains powdered chalk to rub on your hands, but Tungett said he doesn’t believe it should be a risk for COVID-19.

“Usually everyone brings their own chalk if they’re wanting to use it [and] we’ve got a community bag, but I wouldn’t say [COVID-19 exposure] is a traceable thing … most people wash their hands or use hand sanitizer after climbing the wall either way just because it’s a shared space,” Tungett said.

Senior psychology major Brady Bergman of Quincy, Illinois, is another student worker who works in the Climbing Gym and said rock climbing is something he’s been involved in in the past.

“I worked at a fitness center up there [in Quincy] where I was actually a rock wall attendant, so I was doing the exact same thing, just back where I’m from,” Bergman said.

Bergman said one of the things he enjoys is being able to watch and help other people climb and enjoy themselves.

Senior mechatronics and robotics engineering major Brayton Larson of St. Charles, Missouri, said going to the Climbing Gym before the pandemic closure was the first time he had been rock climbing, but he is excited to get back into it.

Due to the prior closure of the Climbing Gym thanks to the pandemic, Larson said he’s more worried about the possibility of it closing down again than he is about being personally exposed while climbing there.

“It’s kind of one of those things where you don’t want it to be an issue, but you’re worried that they’re gonna close it because it might be an issue … I figure I’m just as exposed coming in here as I am going to in-person class and touching all the door handles,” Larson said. “The weight gym’s open too, so I feel like [the Climbing Gym] should be open.”