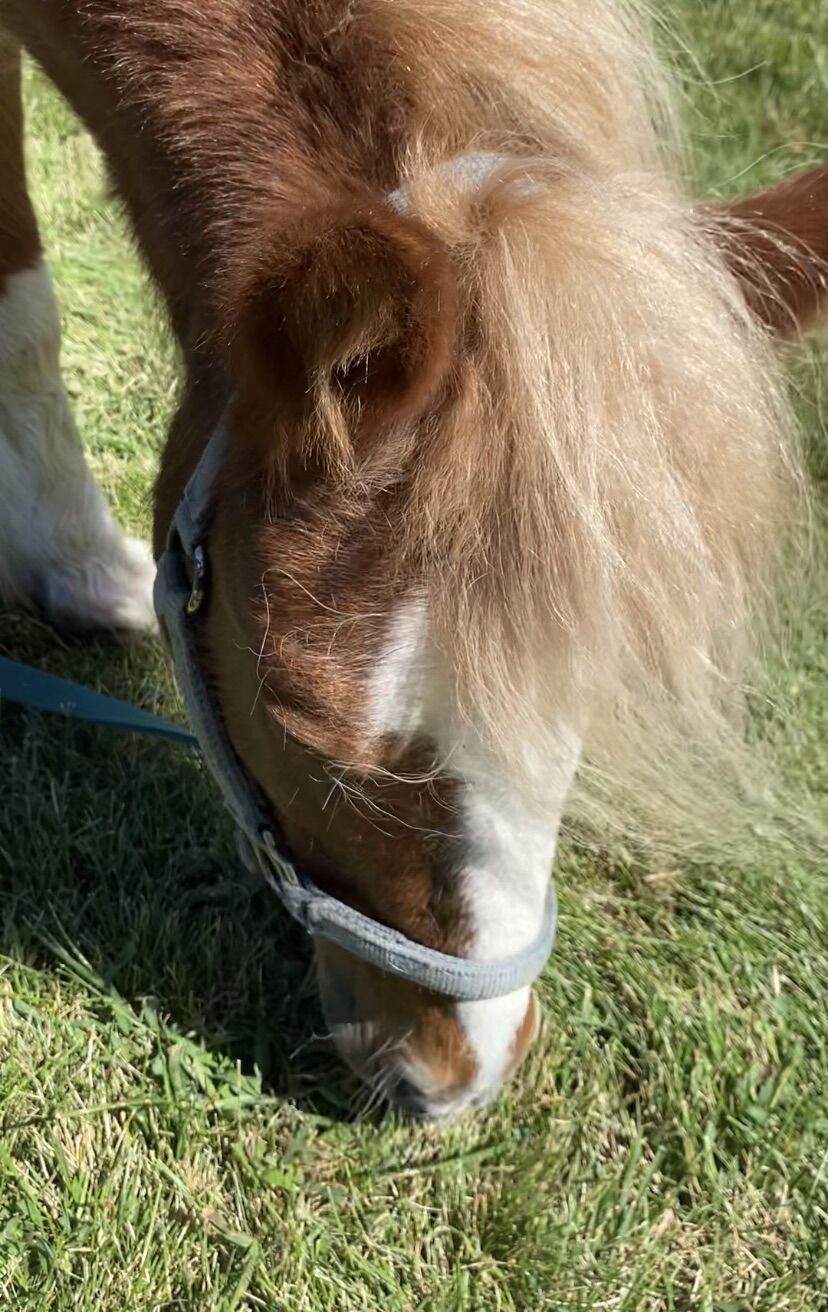 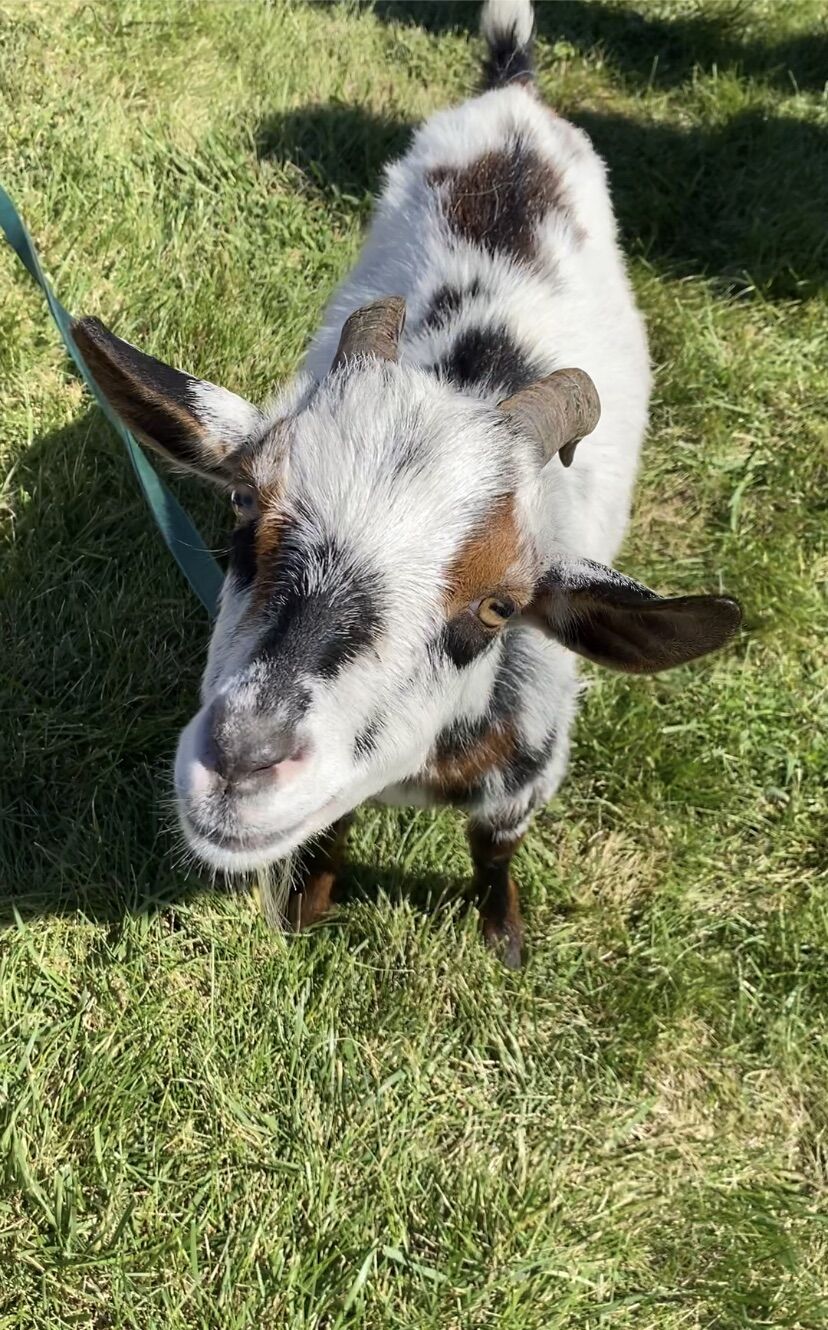 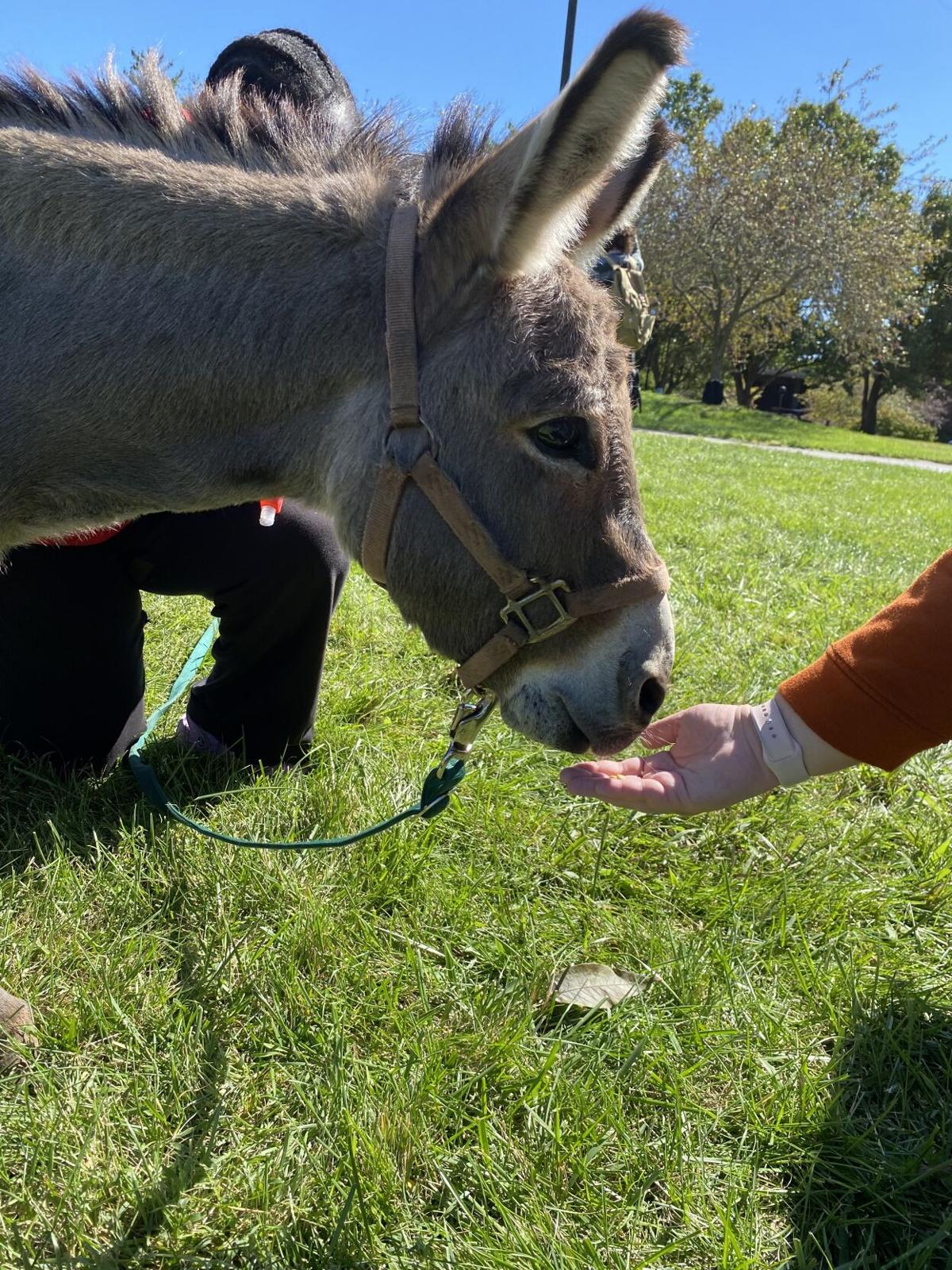 This year’s Homecoming Week festivities included a petting zoo on Dunham Lawn, giving students the opportunity to pet and feed farm animals, including a mini cow and a donkey.

Maddie Walters, a senior business economics major from Elizabeth, Illinois, and the Homecoming chair for CAB, said they had to pick from 11 different animals offered by the company, and they picked almost all of the animals that they offered.

“We stuck with pretty much the traditional animals that you would normally see in a petting zoo — goats … a mini horse, a donkey, a mini cow, a Great Pyrenees dog, chickens and then … turtles, because we thought that would be a good one for people who might have allergies, they might be able to pet a turtle,” Walters said.

The idea to have a petting zoo came from CAB’s graduate assistant, Madison Schurman, according to Walters.

“We wanted to find an event that was something that everybody could be a part of and inclusive of everyone, because a lot of Homecoming events are kind of limited two student organizations,” Walters said. “So this is definitely something that we wanted to make sure that anybody that wanted to be a part of it or to come enjoy it would be able to.”

Mackenzie Lewis, a freshman mass communications major from St. Louis, said she was most excited to see goats and sheep.

“I truly do love animals. I don’t get to see a lot up close, living in the city, so the most interaction I get with animals [is] my cats and Discovery Channel,” Lewis said.

Lewis said she thinks the SIUE community benefits from having a petting zoo by learning about the different animals.

“There are a bunch of animals that we don’t know about or just have little education [about]. There’s also a lot of issues with how farms raise and produce our meat,” Lewis said. “If you just help and educate people on that it will create a

Miles Winn, a freshman environmental science major from Bloomington-Normal, Illinois, said the goat and the Great Pyrenees were his favorite animals. He said he probably spent about 45 minutes petting the Great Pyrenees.

“I have, after this, four to six hours of homework to do, and this is definitely helping me relax a lot before that happens. It just allows students to really destress and have a good time,” Winn said.

Krystel Perea, a senior industrial engineering major from Arequipa, Peru, said she was passing through campus when she decided to check out the petting zoo. She said she thought it was nice that students had the opportunity to see the animals.

“I think it definitely will help us take a little bit of a break from school and study, and just the interaction with the animals, I think that’s really nice,” Perea said.

Walters said they found a company that does traveling petting zoos, and then were able to schedule a date and reserve the space.

“Something that was different for the petting zoo was that we needed to make sure that they had a certain level of liability insurance in order to be allowed to come on campus,” Walters said.