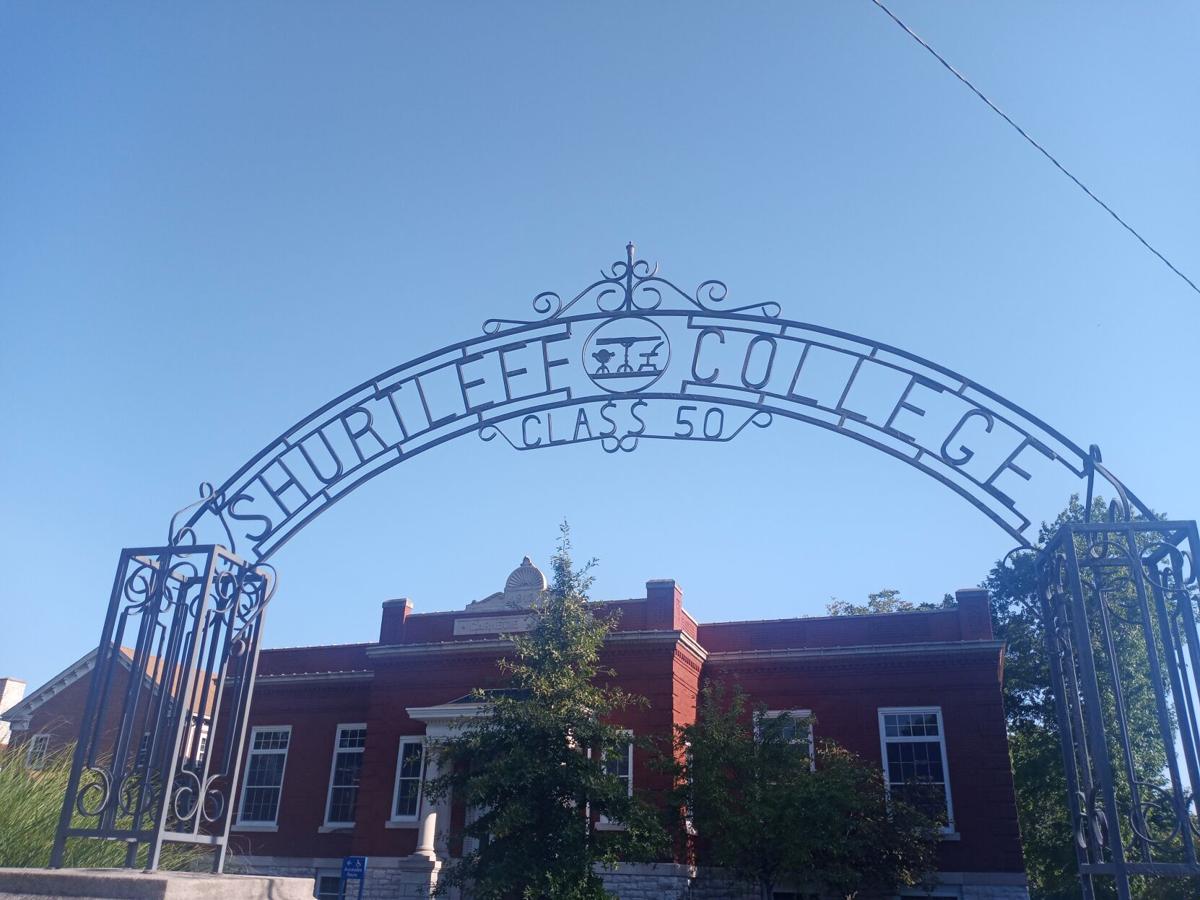 Shurtleff College was once attended by a young Robert Wadlow. The buildings that used to house the college are now part of SIUE School of Dental Medicine. This arch from the original college can be found in front of the Biomedical Library. 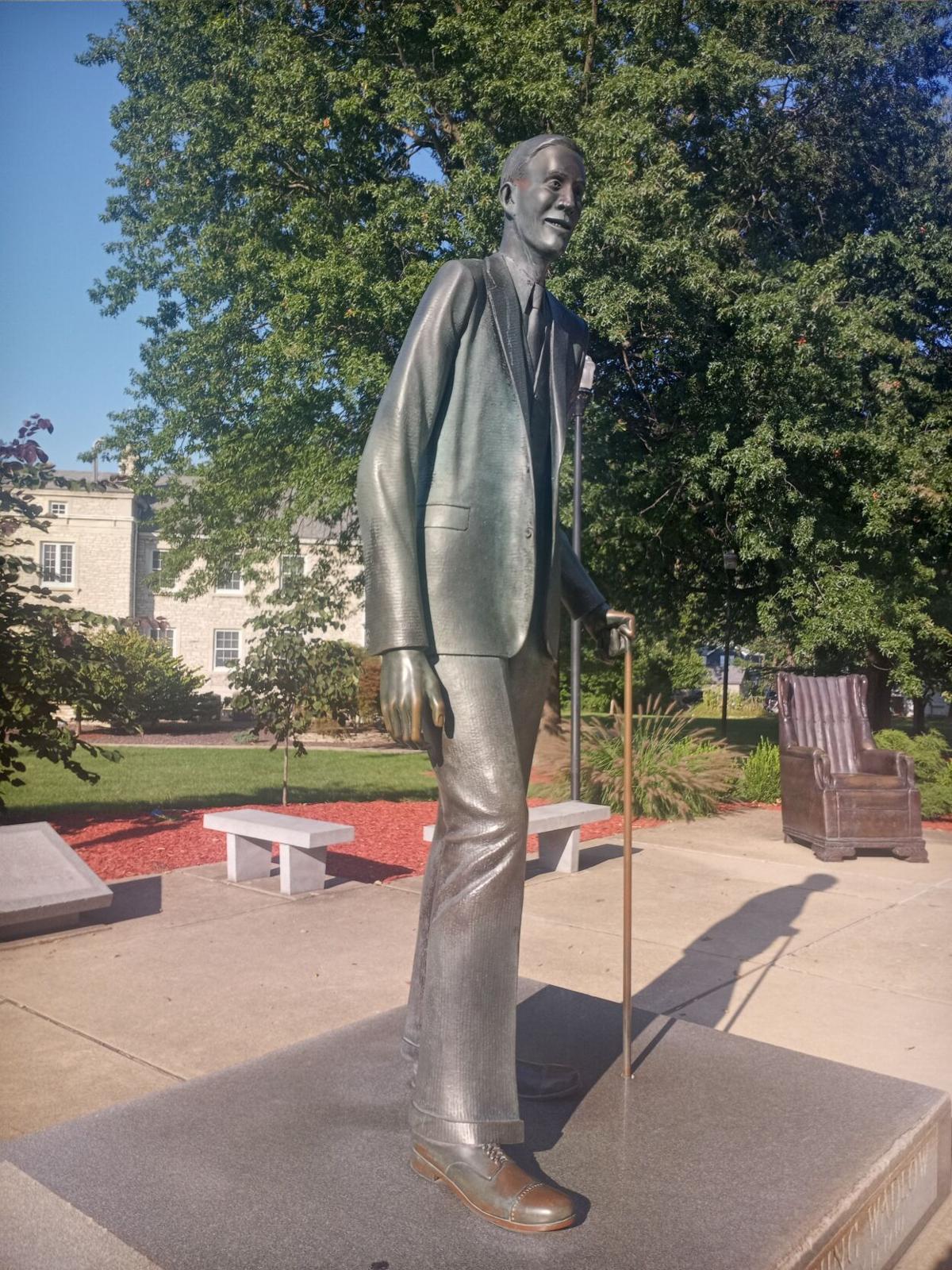 The statue of Robert Wadlow on the Alton campus stands at eight feet, 11 inches tall, which was Wadlow’’s height at his death. He was taller than his father by age eight. 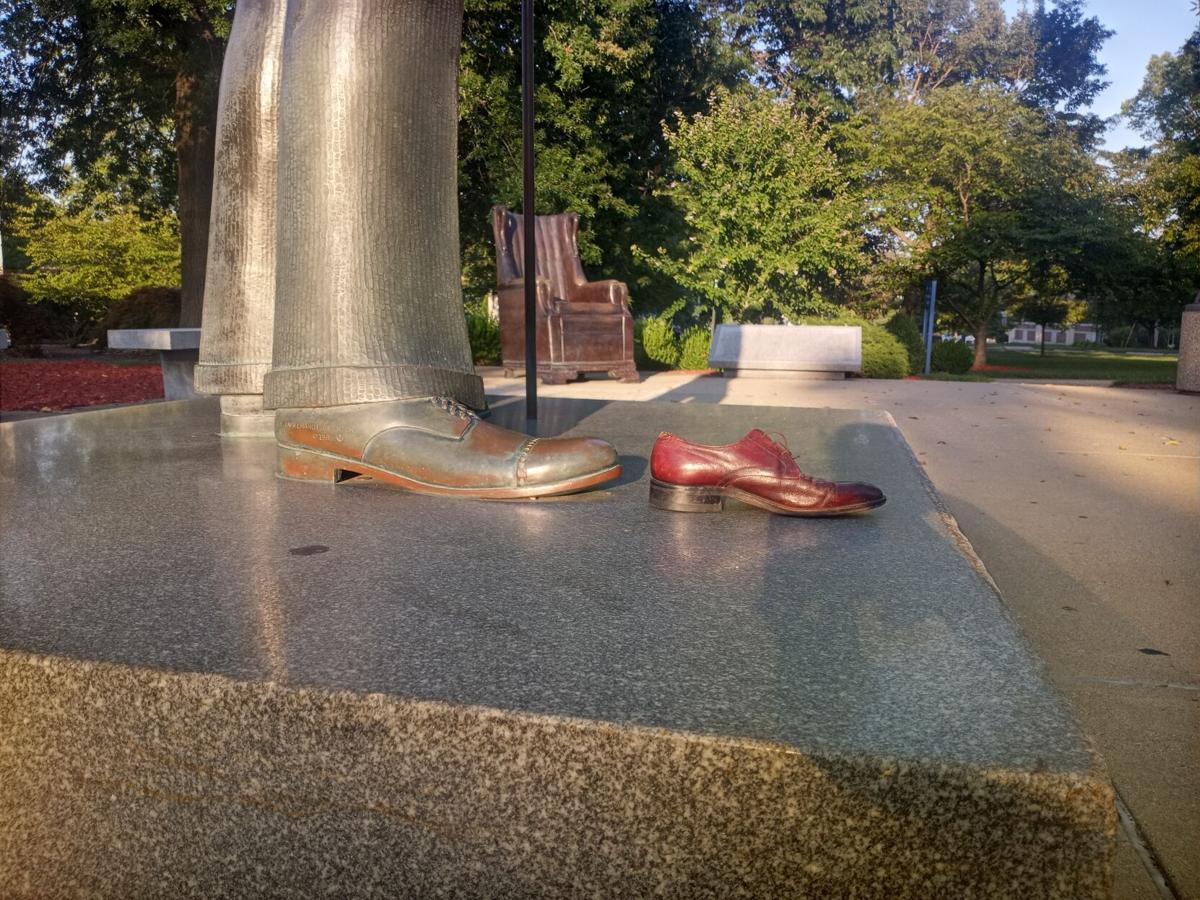 Wadlow’s shoes were size 37AA and he had them custom made. For comparison, this is a picture of his statue’s foot next to a 8.5 size shoe.

Shurtleff College was once attended by a young Robert Wadlow. The buildings that used to house the college are now part of SIUE School of Dental Medicine. This arch from the original college can be found in front of the Biomedical Library.

The statue of Robert Wadlow on the Alton campus stands at eight feet, 11 inches tall, which was Wadlow’’s height at his death. He was taller than his father by age eight.

Wadlow’s shoes were size 37AA and he had them custom made. For comparison, this is a picture of his statue’s foot next to a 8.5 size shoe.

After postponing last summer’s concert series due to COVID-19, the “Rockin’ With Robert” summer concert series resumed this year with performances from the Glendale Riders and Steve Davis as Elvis Presley.

Robert Wadlow is known in the Alton area as the “Alton Giant.” Wadlow, the tallest man to ever exist, was 8 feet and 11 inches tall. He was featured in the “Guinness World Records” and on a segment of “Oprah.” Now, the city holds an annual outdoor summer concert series at his statue in his honor.

Jeff Bensman of the Glendale Riders, who performed at the statue in July, said while the weather can affect what it’s like to perform in the concert series, he always has fun.

“It’s fun to play someplace local like that and do something that helps to promote the community,” Bensman said.

Bensman said there seems to be a lot of interest in the concerts, as there’s been a good turnout in the years he’s played at the statue.

“I think that people are looking for something to do and since they can just go there and pull up a lawn chair and just kind of blend in with the scenery. They can do [it] easily without any trouble or expense, and they’ve got refreshments and stuff there if they want to buy that but for the most part it’s just covered by donations by local businesses,” Bensman said.

Jamie Ruyle, president of the Upper Alton Association, said while people are drawn to free things, the concert series also brings everyone together because it’s something fun to do in Upper Alton.

“It’s something that they’ve done, I don’t even know how many years … People are like, ‘When’s it starting? When’s it happening?’ They look forward to it, and people are dancing, they’re clapping, and it’s just something fun. We have a lot of older people, but we have a lot of younger people, too. People bring their kids and they put a blanket out, and it just brings the community together,” Ruyle said.

Ruyle said the concerts take place at the Robert Wadlow statue to pay tribute to him, since he was from the Upper Alton area.

“Everybody has a story. Even tonight, they brought up Robert Wadlow, and, ‘Oh, my grandma met him,’ or, ‘My dad went to school with him,’ and everybody’s got a story. It’s that famous person from your hometown kind of thing, so everybody just looks up to him, no pun intended,” Ruyle said.

In an email statement, the Alton Museum of History and Art said the concerts serve to honor Wadlow’s memory and his involvement with his alma mater, Shurtleff College, which used to stand where SIUE’s School of Dental Medicine is now.

“The life-sized statue is a mecca for Wadlow and history enthusiasts alike as it is centrally placed in Upper Alton (a diversely historical place). The concert is also a wonderful place to enjoy the incredible beauty of the campus itself,” the statement said.

Karen Ullrich, from Alton, Illinois, attended the August concert, and said Wadlow is a landmark in the Alton community.

“He’s a landmark, right here. I’ve got friends that come down from Northern Illinois that stop at the statue,” Ullrich said.

“He kind of put Alton on the map, because he was the tallest livingperson.” Cavanaugh said.

Cavanaugh said he decided to attend the concert without knowing who was playing.

“I’ve seen Steve Davis play as Elvis before, and I didn’t know he was performing tonight, so I was just like, ‘Let’s just show up and see what it is.’ It’s more fun not knowing,” Cavanaugh said.

The Robert Wadlow statue is located in Upper Alton in front of the School of Dental Medicine.