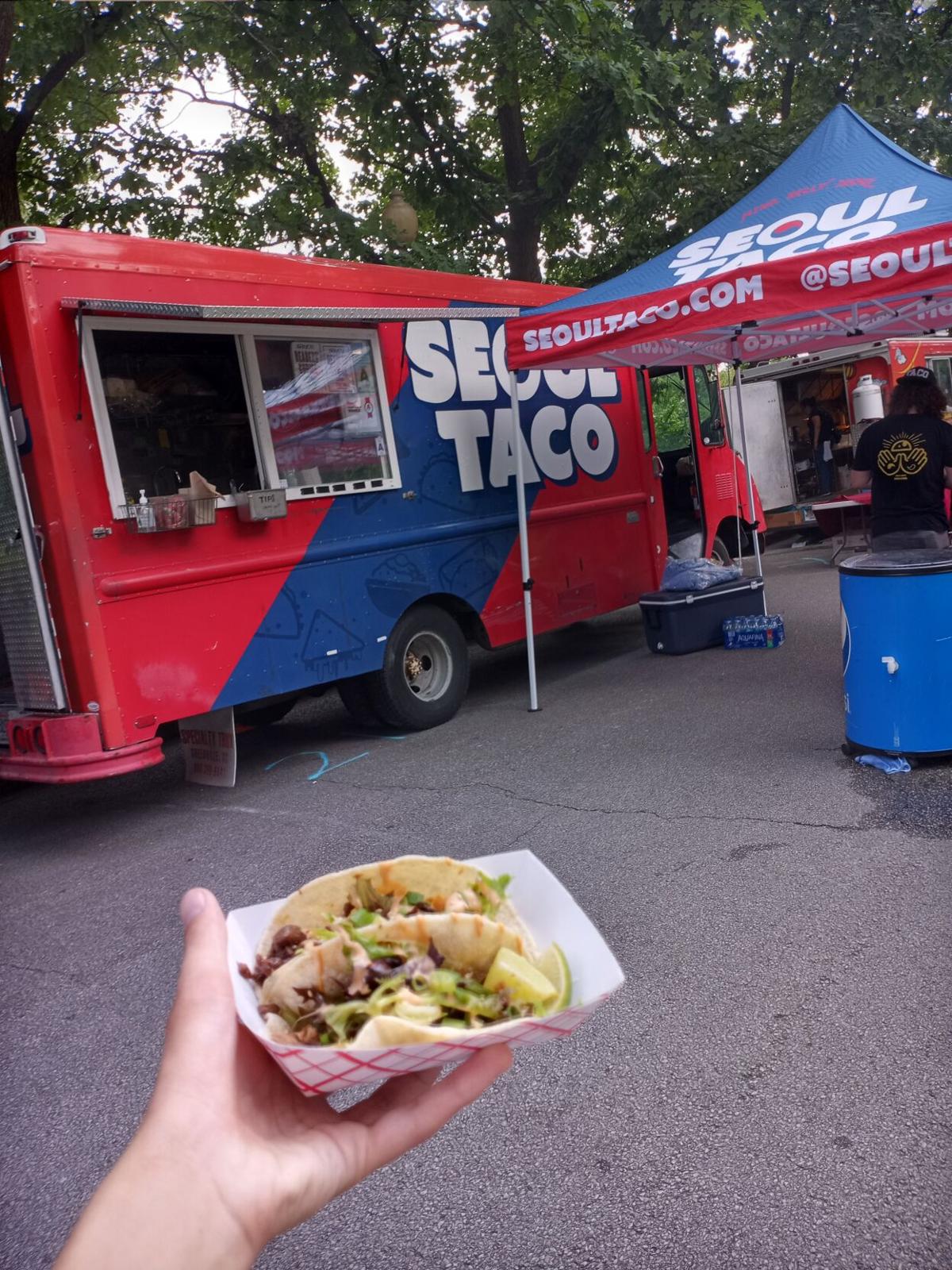 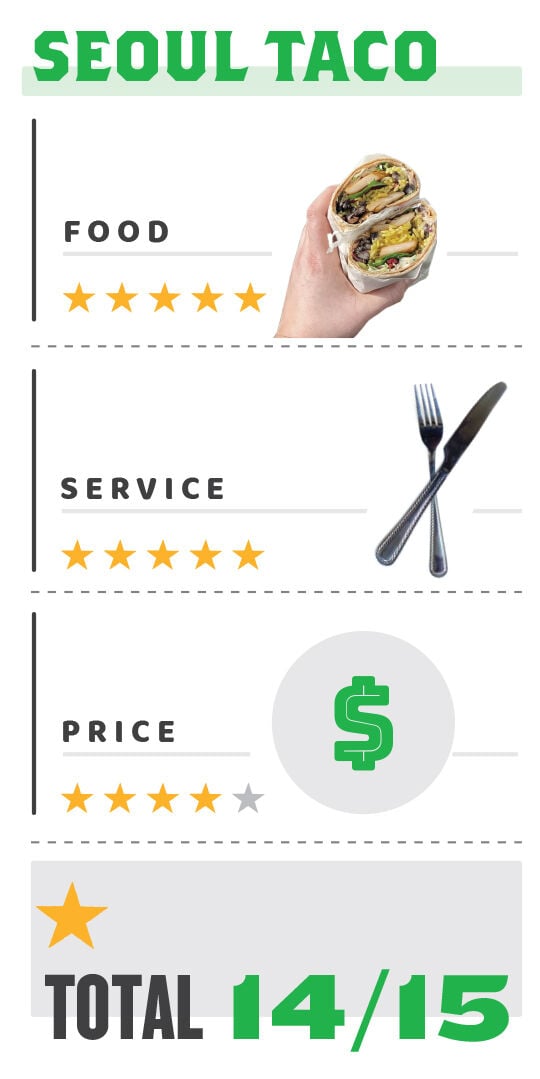 Although I’m a big fan of both Korean and Mexican cuisine, I had never thought about combining them. With Seoul Taco, I realized the obvious harmony that could be found through putting bulgogi on a taco.

Let me start by saying I am usually skeptical of fusion cuisine. I think most of the time when restaurants introduce the concept, it fits into one of two categories. The food is either only a novelty, and not that tasty, or it is simply just a mishmash of two foods with no reason.

I am happy to say that Seoul Taco does not fall into either category, and stands on its own. When literally translated, bulgogi means “fire meat”, and I adore it. For those unaware, it is a Korean dish served with sweet meat, vegetables and a spicy sauce, and as I found out, it fits beautifully on a tortilla, making a wonderful marriage between Korean and Mexican food.

As stated previously, I’m a fan of both types of food at play at Seoul Taco, so I knew right away what I wanted. That being, two tacos — one with chicken bulgogi, and the other pork. The whole meal was priced very fairly, coming in at about three dollars for a taco.

The employees who took my order only made the experience more fun. When I asked if their food truck took credit card payments, they said they accepted cash or card — and then added that they also took blood.

After a surprisingly quick wait, I got my tacos and sat down to eat. After one bite of the chicken taco, I knew I was in for a treat. The meat was seasoned very well, and the scallions added a touch of freshness.

Finally, the sauce came in and genuinely shocked me. There was a sparse amount of it on either taco, but it packed a punch regardless. I had to put the food down in the middle of eating it and wait before finishing it all off.

Even if I wasn’t already so enamored with Korean and Mexican food, I would definitely say Seoul Taco is the place to go for a delicious combination of two meals.