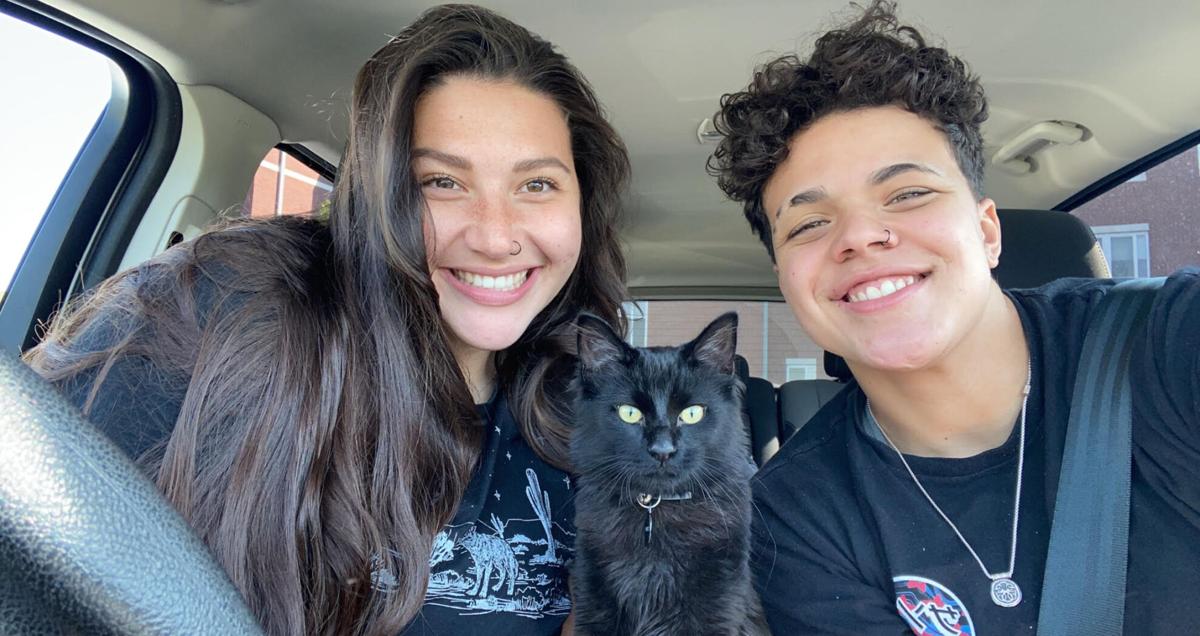 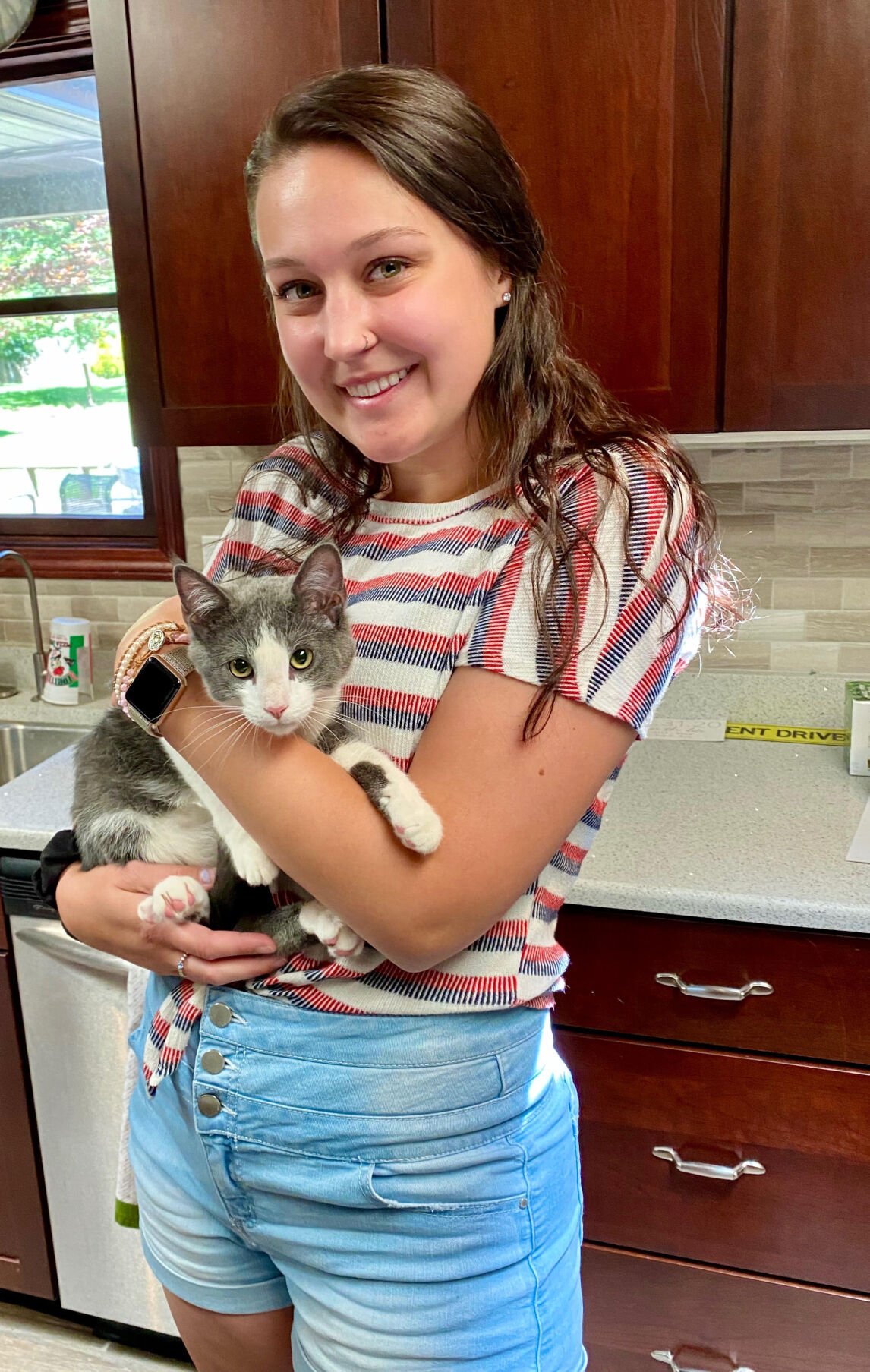 Senior musical theatre major Hannah Fink, of Onarga, Illinois, and her cat Ollie have been inseparable ever since Fink brought Ollie home from Partners for Pets.

Senior musical theatre major Hannah Fink, of Onarga, Illinois, and her cat Ollie have been inseparable ever since Fink brought Ollie home from Partners for Pets.

During the COVID-19 pandemic, animals were being adopted at such a high rate that some shelters were running out of adoptable animals. These animals are now trying to adjust to life without their owners who are starting to leave for work and school again.

“We also saw a lot of families wanting puppies,” Schmidt said. “This makes sense since most families were working from home and had the time commitment necessary for training a puppy.”

Schmidt said their shelter had a high enough demand that they began to talk to a group out of Arkansas that would send strays to them on an almost bimonthly basis. In addition, she said the shelter had to increase the number of foster homes by 70 percent to make room in their shelter.

One of those that decided to adopt was SIUE graduate Kerrington Schlueter, of Edwardsville. She adopted a 4-year-old cat named Elena from United Friends of Homeless Animals in Richland, New York. During the pandemic, Schlueter spent most of her time at home, as her classes were online.

“If I was home, she was constantly beside me. She’ll sit right beside me, literally touching me, or leaning on me or behind me on the couch,” Schlueter said. “Then when I’m sleeping, she’s right beside me or on the foot of my bed.”

Schlueter said now when she goes to classes in person and comes home, Elena meows at her more than she previously did when Schlueter was home, a sign she says is a way for Elena to express her disapproval of her being gone all day.

“Then when I get home she is right beside me again, trying to make up for lost time and she’s always watching [me],” Schlueter said.

According to the American Society for the Prevention of Cruelty to Animals’ website, separation anxiety is normal for animals that have been adopted from shelters. This can be due to change in residence, schedule, guardianship or absence of a family member.

Senior musical theatre major Hannah Fink, of Onarga, Illinois, adopted her cat Ollie from Partners for Pets in Troy, Illinois, during Summer 2020. She said to try and counteract the effects of separation anxiety setting in, she tried to spend less time around him.

“I have him in my room with me but I try to not always be [engaging] with him when I’m home … I feel like [he] would be worse [off] than [if] he can roam around and be by himself during the day even if I am here,” Fink said.

The ASPCA website said leaving soothing music on for an animal will engage their auditory and visual stimulation, so they will engage with their surroundings when owners are gone.

“[When I’m gone] I’ll leave music or videos [on] for him, give him some extra toys [and] stuff like that,” Senior computer science major Lyric Boone, of Rochester, Illinois, said.

Boone came across her quarantine animal in a different way. She rescued her kitten Sushi when she found him near a swimming pool. She said since she spends most of her time with him, Sushi does not always recognize Boone when she returns from being out away from him for awhile.

“Not being with him or leaving him definitely makes him a little more apprehensive of me at first when I walk in,” Boone said. “I think he gets nervous and sometimes doesn’t recognize me [which] makes him more standoffish until I approach him with pets and an open hand.”

The ASPCA said to try and keep one’s pets’ schedule the same every day. For example, feeding or walking them at the same time during a regular work or school schedule. Changing up the toys they have is another solution. This can give a pet a variety of items to keep them busy when their owners aren’t home.

As some people begin to transition back into their normal pre-pandemic schedules, keep the ASPCA’s tips in mind to lessen animals’ stress while being home alone for longer periods of time.

Although the pandemic has been lonely, Fink said having a new animal around has shined a light into the darkness of this past year.

“Especially in a time like this where we were so isolated for so long …” Fink said. “It’s just nice to have another form of companionship like that [with Ollie].”