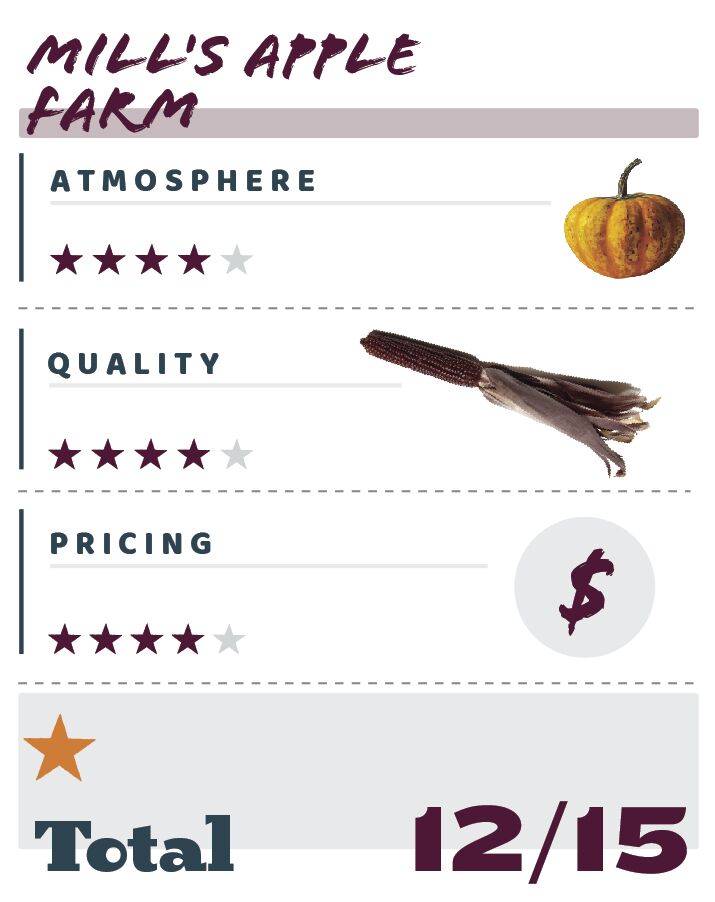 Mill’s Apple Farm is a small farm in Marine, Illinois, that provides its namesake of apples, as well as butters, conserves, desserts and more.

Upon arriving at Mill’s Apple Farm, we noticed the small produce store at the entrance that sold the different items the farm had to offer.

After looking at some of the prices of the items being sold, we decided to buy a half-peck of a mixture of sweet Jonathan apples and tart Golden Delicious apples as well as roasted garlic mustard and homemade plum butter, all coming out to $14.

The farm itself was smaller than anticipated, but we thought the size also was able to offer a nice experience and still provided fun activities such as tractor rides, a small playground for kids, and even a small train.

There weren’t many people at the farm itself, but that provided a calming atmosphere that a relatively bigger city like Edwardsville can’t provide. It also didn’t hurt that we got to pet some donkeys. One of the attractions the farm offers is its selection of animals to see and some to pet, including chickens, bunnies, guineas, donkeys and turkeys. Before visiting Mill’s, we had never seen a large turkey up close before, and the aptly named Dwayne was certainly a ‘Rock’ of a turkey.

After heading home and trying some of the apples, the honey garlic mustard and plum butter, we can safely say that we will be getting more apples from Mill’s at a later date.

Other orchard and farm reviews:

When we arrived at Rinkel Pumpkin Farm, located off a back road in Glen Carbon, Illinois, I was instantly pleased by the rustic entryway, whic…