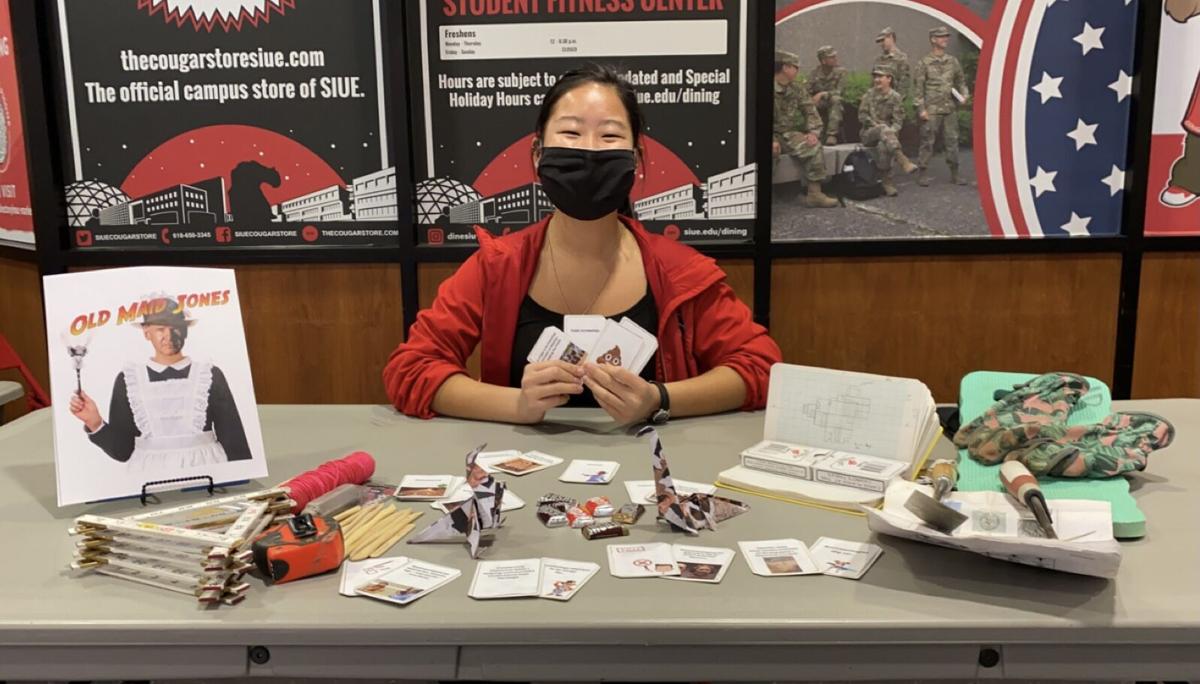 Junior anthropology major Lydia Wegel, of Champaign-Urbana, Illinois, sits at a table on the MUC’s first floor, promoting the anthropology department, as well as the card game Old Maid Jones, a play on Old Maid meant to teach about the misconceptions of archaeology. 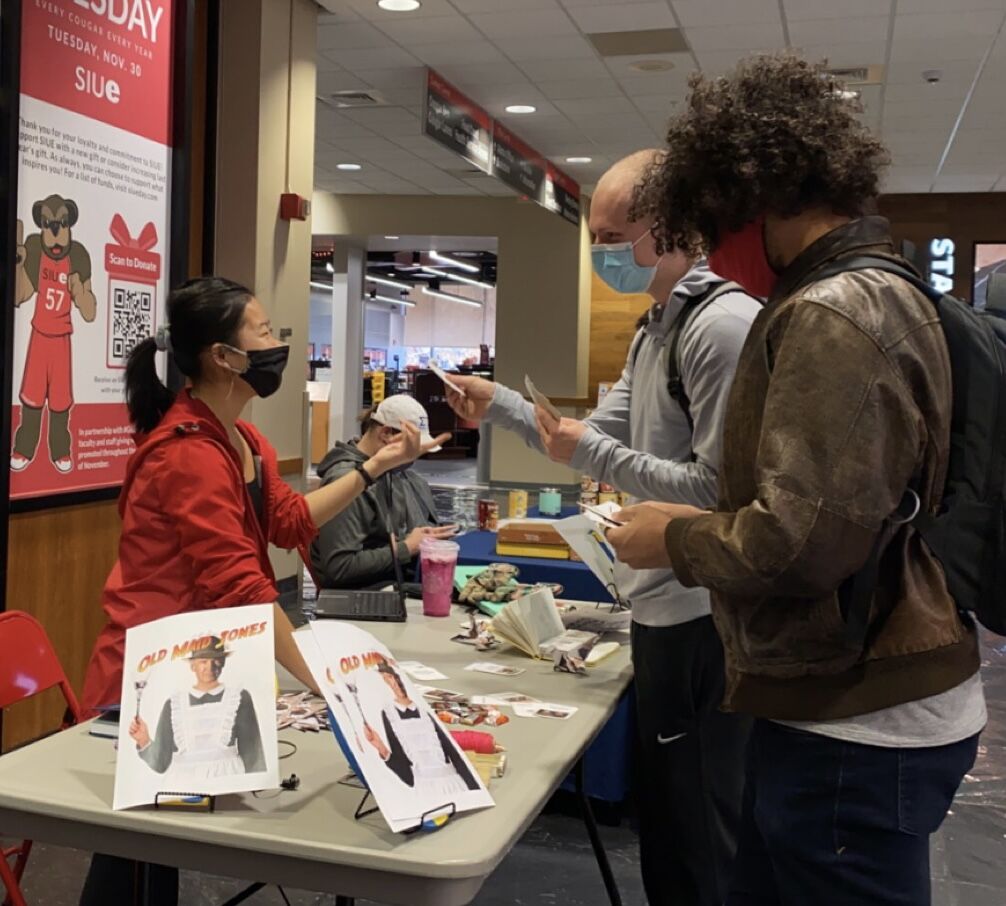 Although Indiana Jones the most famous archaeologist in pop culture, real archaeologists cringe when they see how he treats ancient artifacts.

Junior anthropology major Lydia Wegel, of Champaign-Urbana, Illinois, sits at a table on the MUC’s first floor, promoting the anthropology department, as well as the card game Old Maid Jones, a play on Old Maid meant to teach about the misconceptions of archaeology.

Although Indiana Jones the most famous archaeologist in pop culture, real archaeologists cringe when they see how he treats ancient artifacts.

Public archaeology students hosted a mock excavation and games to educate students about this area’s heritage and the field of archaeology for class projects.

A mock excavation and game of Chunkey were set up on Dunham Lawn. Chunkey was played by the Mississippians, in which one person rolls a disk and others throw sticks or spears at it. The person who’s spear lands closest to the disc wins.

Hayley Goebel, a senior history and anthropology double major from Palos Heights, Illinois, who is president of the anthropology club, co-hosted the events with public archaeology students. She said she saw the events as a way to reach out to more students.

“Anthropology is kind of a hidden subject. Not many people know about it unless they take it as one of their gen ed requirements, so it's just a good way to talk to new students about how cool anthropology and archaeology could be,” Goebel said.

Goebel said those who participated in the mock excavation got to dig up flint shards, broken tools, pottery from the Woodland era and modern era pottery.

“I hope that they saw it's more than just useless digging. Archaeology is tedious, yes, but it's also extraordinarily rewarding, especially when you find some of those old artifacts that help fit pieces to the puzzle,” Goebel said.

Lydia Wegel, a junior anthropology major from Champaign-Urbana, Illinois, is a public archaeology student. She said the project required them to engage with the public, ideally those not familiar with archaeology, and teach them about the subject. Wegel set up a card game in the MUC based on Old Maid with matching questions and answers, called Old Maid Jones.

“A lot of people view archaeology as a means to find really niche things that don’t actually exist,” Wegel said. “Or they focus on mystical white civilizations rather than acknowledging that there were real civilizations, often people of color, that were perfectly capable, smart and left amazing things in this world.”

Susan Kooiman, assistant professor of anthropology, teaches public archaeology. Kooiman said they are in the business of heritage, which in the U.S. is inherently the heritage of indigenous people.

“As archaeologists, traditionally, we’ve kind of kept the stuff that we found, the things that we’ve studied, to ourselves. And that’s not fair,” Kooiman said. “We get a lot of our funding from the public, and so … we need to get better at sharing with the public and interacting with the public.”

Kooiman said she hopes her students gain skills in interacting with the public and think about ways of reaching out that are effective or not, and she hopes those who participated in the mock excavation got to experience the process of archaeology.

“It’s fun to dig in dirt and find stuff that is thousands of years old. Sometimes when I excavate and I find something new, I hold it in my hands a lot of times,” Kooiman said. “I’m just in awe of the fact that I’m the first person who’s held that item in 1000 years, and so I want the public to experience that and appreciate that as well.”

Kooiman said she thinks having a game of Chunkey is a tangible way to relate to people of the past.

“There’s some universals. We think of ourselves as very different today as people than people were in the past, but they played games as well,” Kooiman said. “They gambled, they bet, they had fun together.”