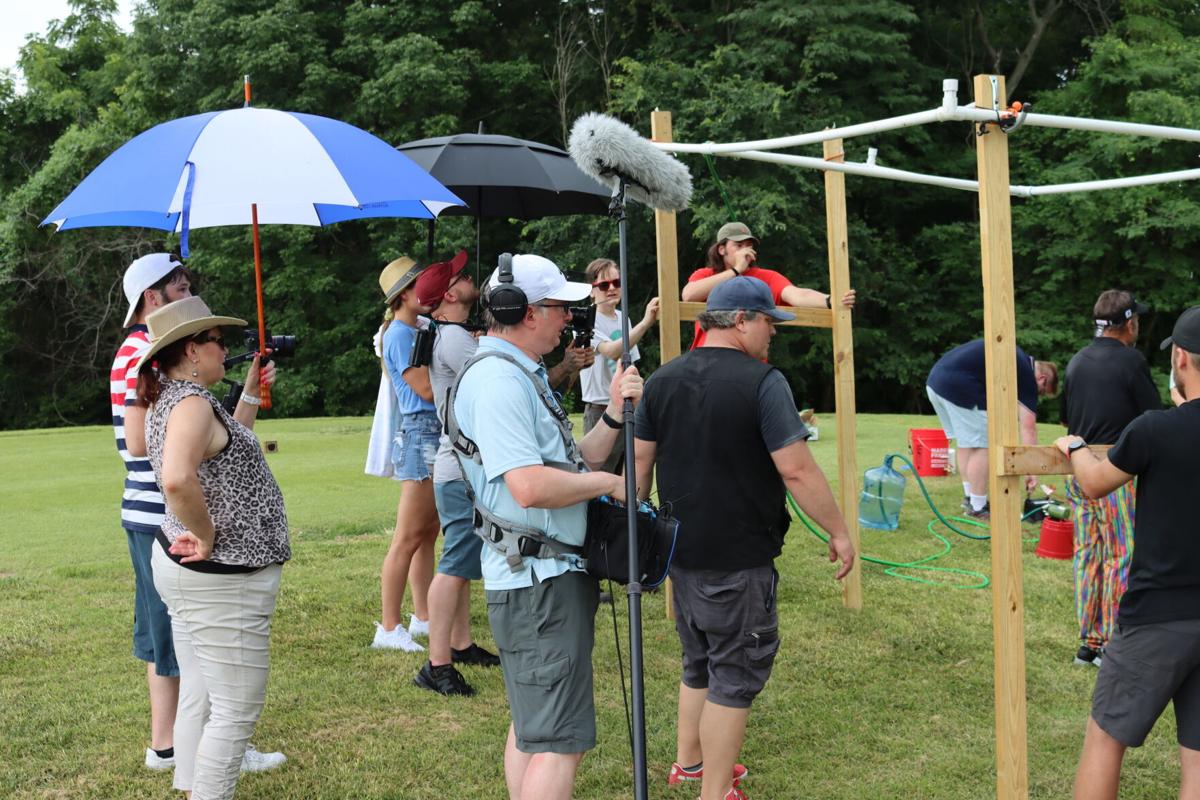 The show is titled "Scramble," and looks at the game of golf with a tongue-in-cheek sense of humor and some drama added. 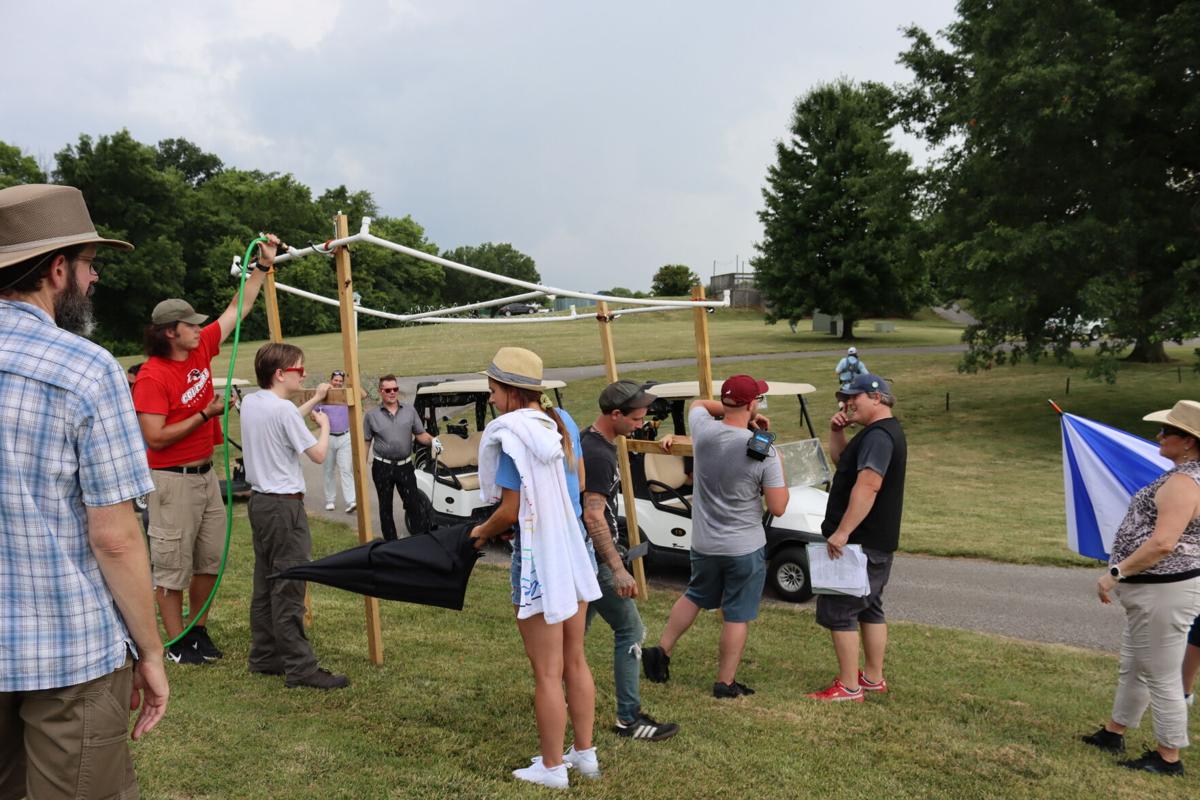 The crew helps set up the rain machine before filming. 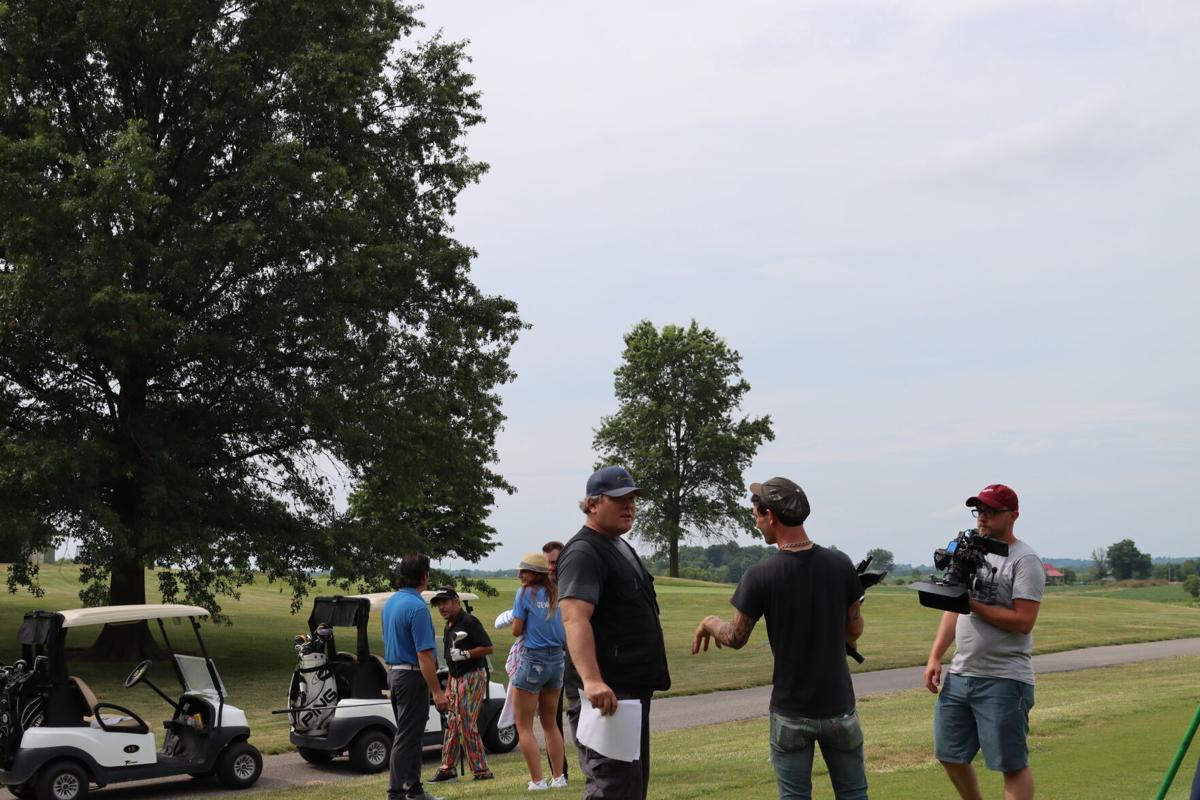 The crew takes a moment to reset between scenes. Due to the heat in the Metro East during filming, frequent stops were necessary to stop the cameras from overheating. 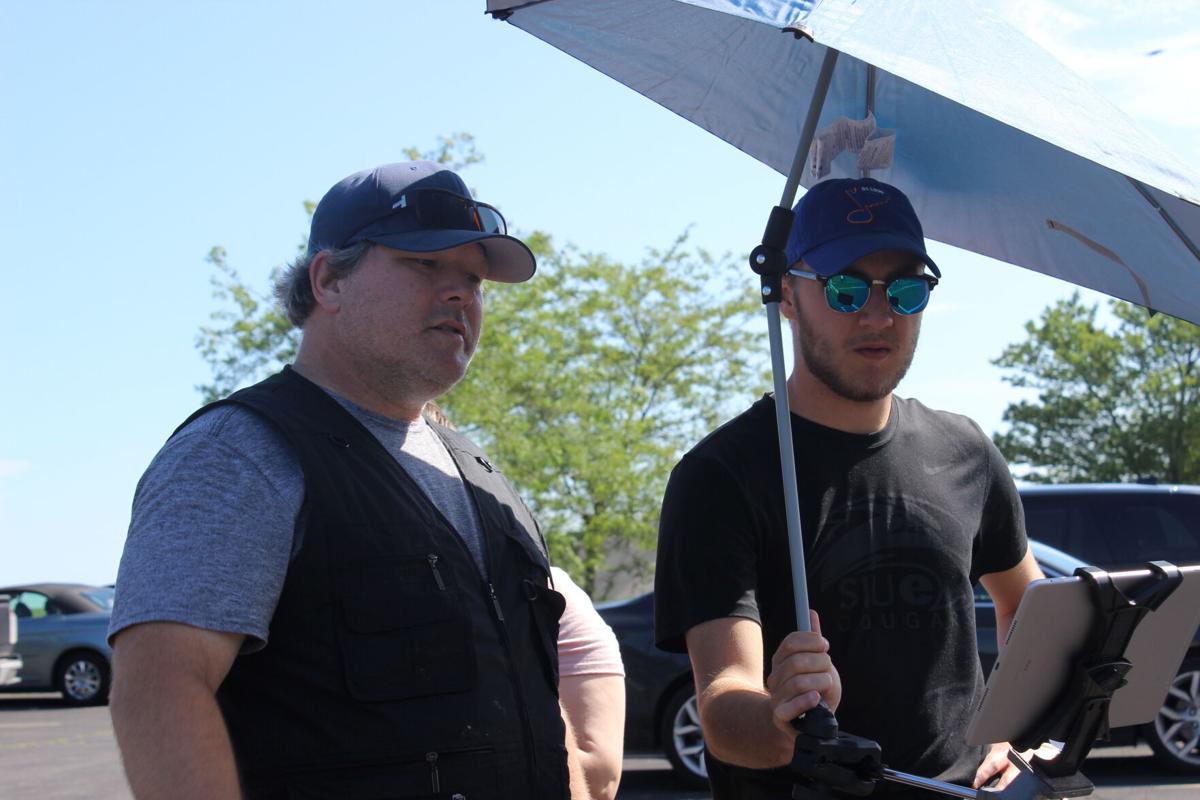 The show is titled "Scramble," and looks at the game of golf with a tongue-in-cheek sense of humor and some drama added.

The crew helps set up the rain machine before filming.

The crew takes a moment to reset between scenes. Due to the heat in the Metro East during filming, frequent stops were necessary to stop the cameras from overheating.

The TV show “Scramble” was a project written and directed by Mass Communications Instructor Josh Bovinette with John Patrick Costello being the producer of the show. Filmed in Belleville, Illinois, the show primarily takes place at a golf course and adds comedy and drama to the often serious nature of golf.

Bovinette said the current focus of the pilot episode is to increase the chances of a continuation of the series. Bovinette also said the series was something he and Costello talked about together before deciding to go along with the idea.

“The show is about weekend golf [and] about guys who take it very seriously but they’re amateurs. They play in tournaments called scrambles. A scramble game is a game where everyone on the team hits a ball and then you get to choose the best hit out of those balls and everyone has to hit from that ball, so you’re constantly hitting from the best ball,” Bovinette said.

To help accomplish his goal of organizing a talented group of people for filmmaking projects like this, Bovinette said he enlisted the help of different organizations around St. Louis.

“I went to SIUE, where I knew there were some talented people, Webster University, SWIC, local community theaters, local improv groups, local talent agencies and slowly started finding all the people we needed,” Bovinette said.

Mass Communications Instructor Cory Byers worked on set as assistant director of the show and said the project has been interesting due to the amount of people involved.

“It’s been really interesting to see the variety of characters in these roles. [Bovinette] wrote the script, so he cast the right people as well,” Byers said.

Regardless of how difficult it might be sometimes, Byers said he believes that doing projects like these ends up being fun.

“It’s a lot of work and it can be stressful, but it’s fun. The creative process of the story and how the actors portray it, to where you decide to put the camera, and how you [do the sound work] and everything is just fun to experience,” Byers said.

Senior Theater and Dance major Sadie Harvey of Knoxville, Tennessee, was one of the many actors involved and said this role is the first larger project she had been a part of.

“When I first got here I was horribly nervous. I had never done anything like this before. [Afterwards] I got to see some of the ropes and immediately my nerves calmed down — everyone was very respectful, everyone was having a good time and I’m just making art, and I really like that,” Harvey said.

Harvey said this project was part of her goal to be involved in various different types of filmmaking.

“I want to do anything acting-wise that comes my way — and non-acting, but this is definitely a very nice first step into the world of film and television,” Harvey said.

Alumnus Garret Green of Belleville, Illinois, who helped with the camera work, said he had been a student of both Bovinette and Byers and worked with them on a movie before this project.

“It’s kind of funny. When you’re in class with them you look at them as your teacher or professor and then they become — at least in terms of [Bovinette], he kind becomes your boss,” Green said.

Due to a majority of the filming being outside, Green said one of the main problems he had was the heat.

“My camera kept overheating. There’s always something that goes when you’re on sets like this, so you’ve got to be prepared for anything. But that’s the good thing about having a lot of people — we had three different cameramen, so I had to step out for a couple scenes and they were still getting good shots,” Green said.

Bovinette said his hope is that the show is picked up by a streaming service or channel after the project is finished in order to continue it past the pilot.