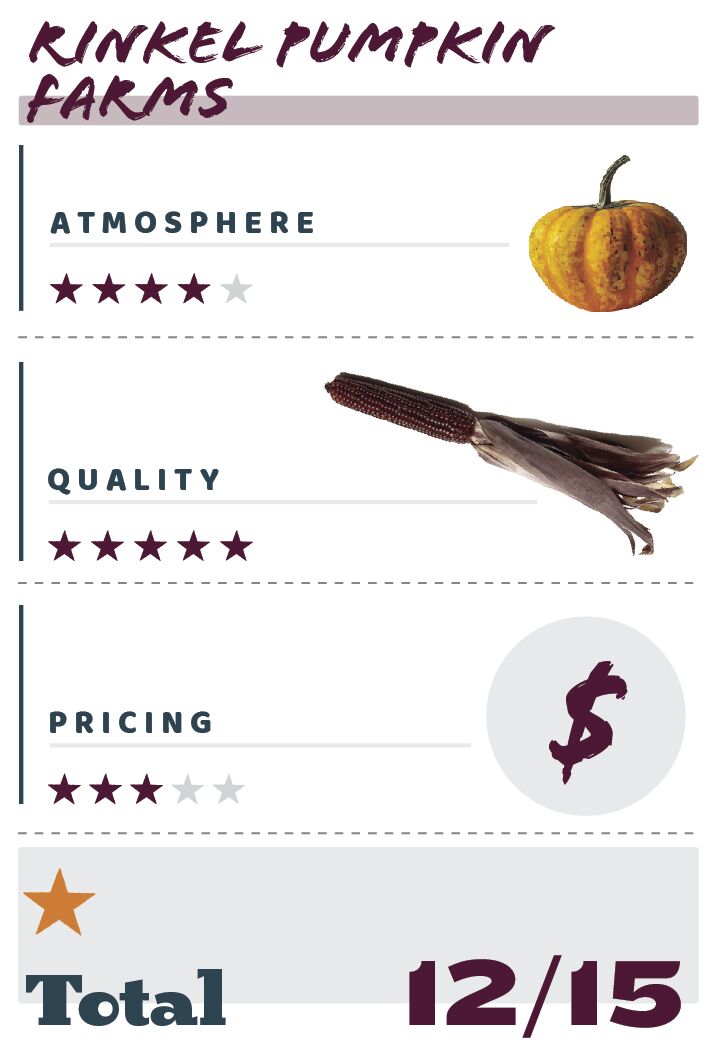 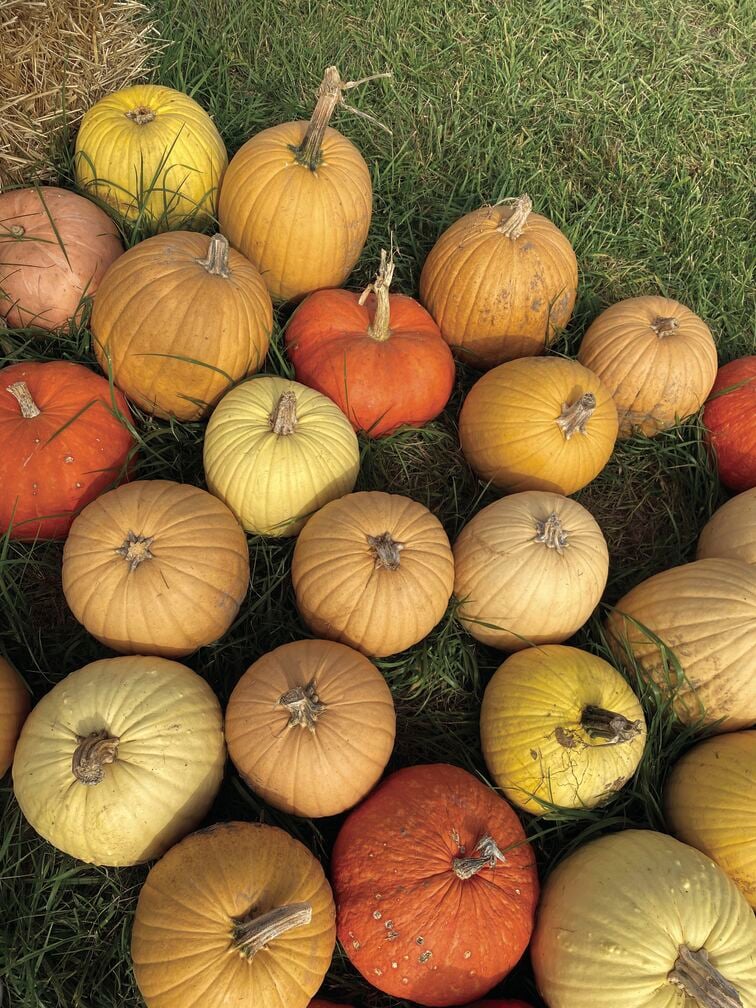 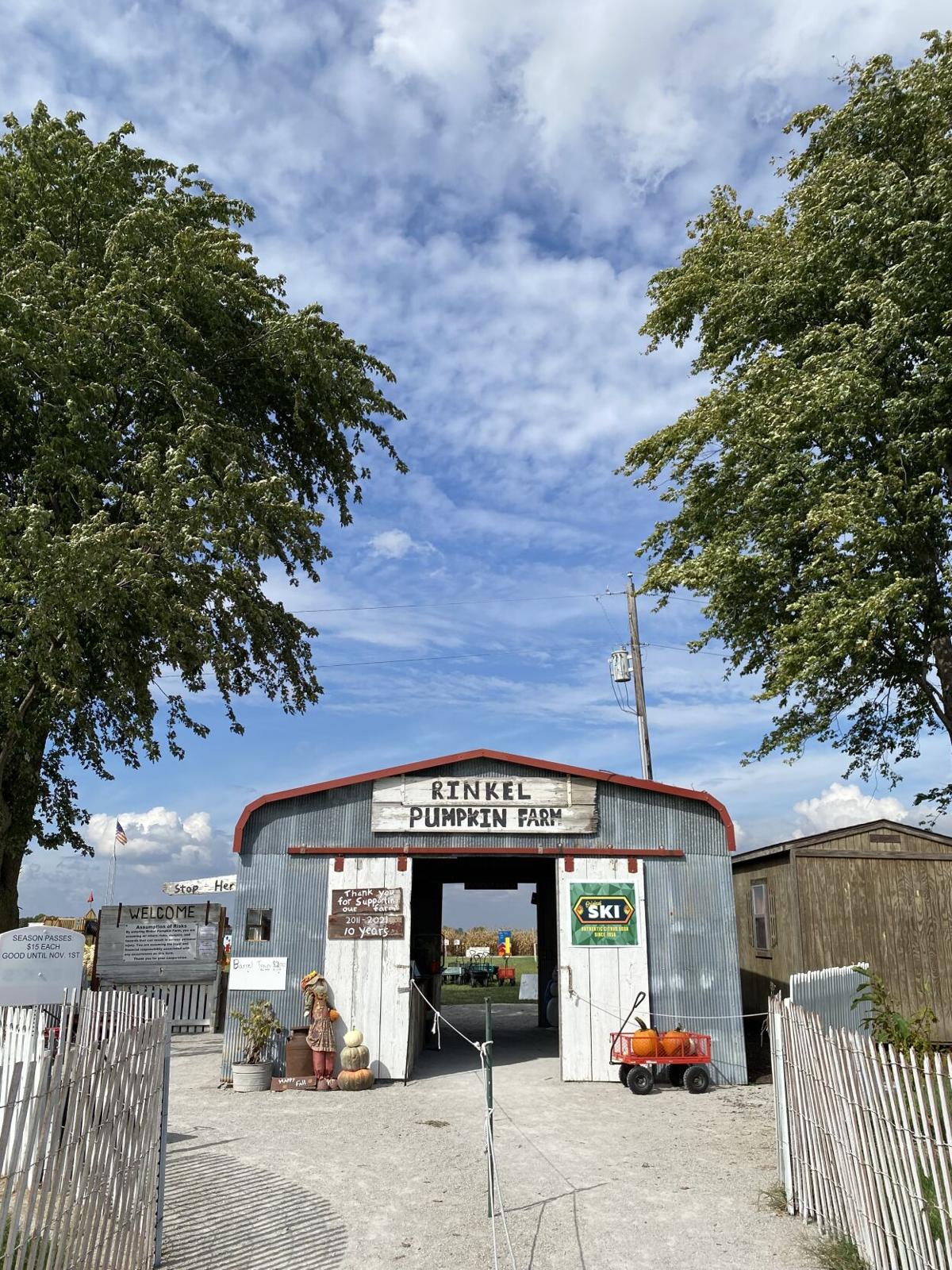 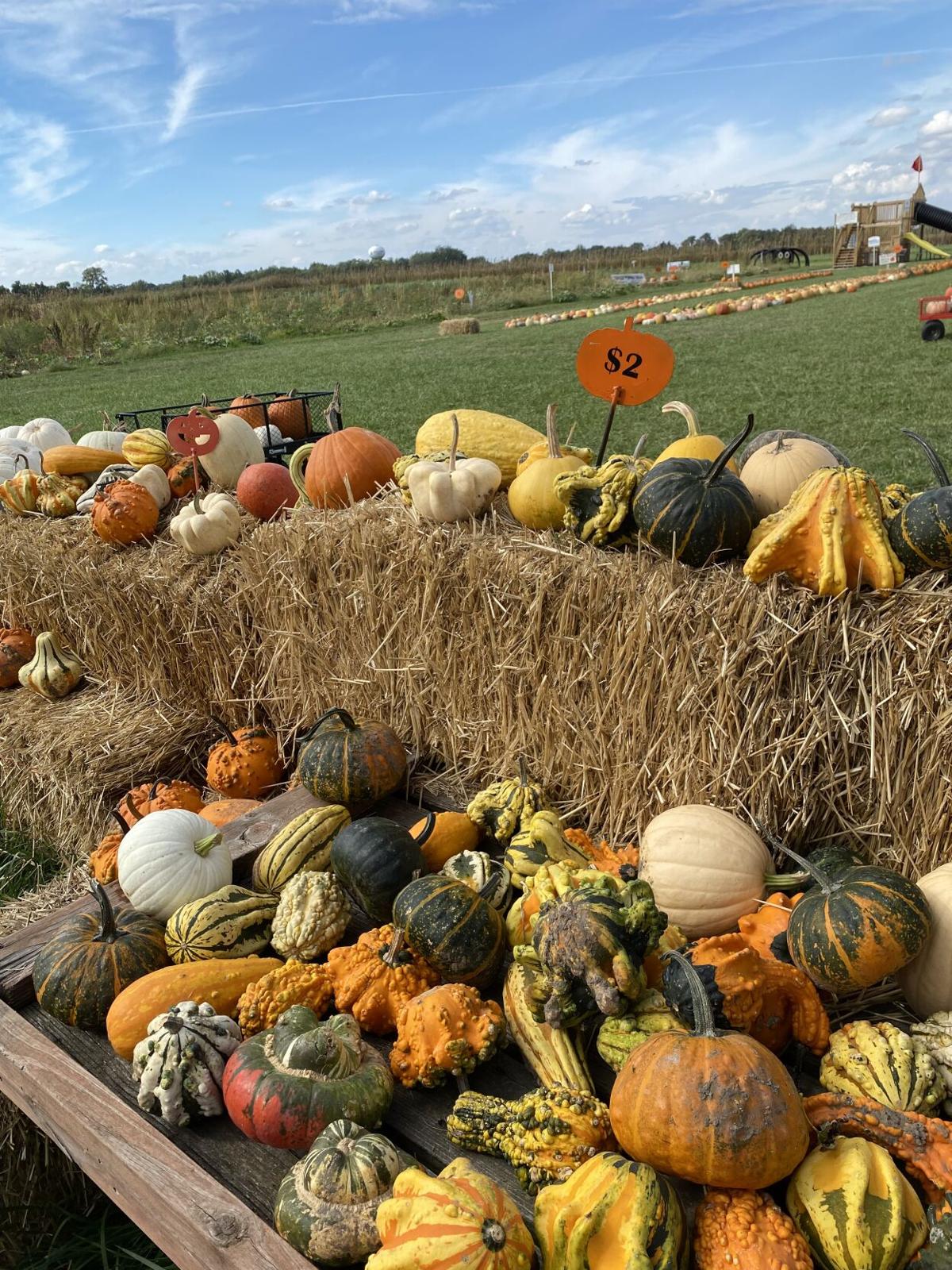 When we arrived at Rinkel Pumpkin Farm, located off a back road in Glen Carbon, Illinois, I was instantly pleased by the rustic entryway, which was decorated with pumpkins and scarecrows.

Once inside, I was quickly drawn to several pens of goats to feed, including a pen of tiny, fluffy baby goats, which were the highlight of the day for me. I was pleased to see that the goats had plenty of room to roam about, and they were eager to interact with visitors. There were also a few cows, but they smelled horrendous, so I didn’t spend much time with them.

The corn maze was surprisingly expansive, and just the right amount of a challenge. I appreciated the signs with corn-themed puns along the way.

Rinkel also had a few flower fields, which I had never seen in a pumpkin patch before. Most of the sunflowers were dead, but there was a colorful patch of zinnias that would make a great photo op.

There were two options for picking pumpkins — actually picking them from the field, or selecting a pumpkin from a section with a set price. I opted for a pre-picked pumpkin because there were so many options. There were mini pumpkins, including white, green, black and striped varieties, as well as small gourds, priced at $1 or $2. Larger pumpkins were between $4 and $15, and they offered a great variety of colors, including pale yellow, gold, dark orange and a melon shade. There were also all kinds of misshapen pumpkins, with some that looked like tomatoes. I went with a large yellow pumpkin, a mini smooth, spherical pumpkin and a small pumpkin that’s such a dark green it’s almost black.

I also purchased a gallon of cider on the way out for $8, which was a bit pricey but absolutely delicious.

If there was one thing I didn’t love, it was the $5 admission fee just to enter the farm. I’ve never had to pay to go to a pumpkin patch before, but that ultimately didn’t deter from the experience too much.

Other orchard and farm reviews:

Located about 34 minutes from SIUE’s campus is Eckert’s Family Farm. It is one of many locations that the Eckert’s family runs, but the Bellev…