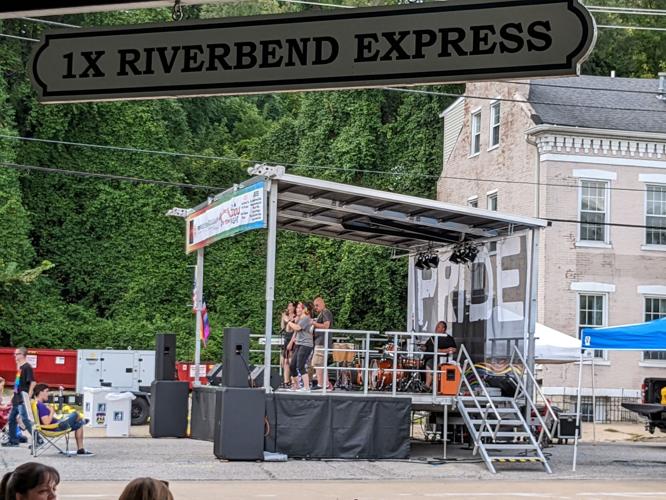 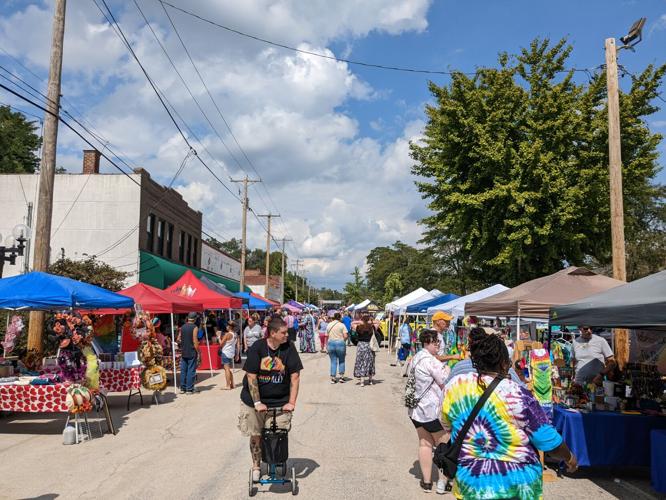 Dozens of vendors line Belle Street during Alton Pride, selling everything from jewelry to clothing.

Dozens of vendors line Belle Street during Alton Pride, selling everything from jewelry to clothing.

Belle Street was bustling with people, celebrations and color as Alton Pride celebrated its first Pride festival in downtown Alton.

Alton Pride is dedicated to giving back to the local community. In addition to hosting Pride events, it has plans to set up a local teen suicide prevention line and a resource center for any young people with questions or concerns.

Hayley Horwath, a SIUE criminal justice major at SIUE from Eldorado, Illinois, said she was very excited to attend the Pride event.

“This is my first-ever Pride festival. I’m hoping to see … the different kinds of merch, people’s beautiful outfits, and hopefully some drag queens,” Horwath said.

Horwath said that she was impressed with what she had seen and was appreciative of the compliments she received on her outfit and gender-fluid flag.

Horwath also said that the music was better than she expected, and that she recognized many of the songs played there. The entertainment lineup for the festival included drag shows alternated with performances by Porch Cafè, Summer Osborne, Mz. Goldie and Bullseye Womprats.

“I’m someone who enjoys music a lot,” Horwath said. “Having so many good songs I recognize performed so well really adds to the experience. It’s delightful.”

Matt Murray, an SIUE P3 pharmacy student, said that they volunteered when the School of Pharmacy put out a request for representation at the event.

“I think the School of Pharmacy officially [sponsored the stand], because they were asking students to volunteer for it,” Murray said.

Murray said that they were at the Pride festival to provide health information to the public on many quickly-changing subjects relevant to the LGBTQ+ community.

“We’re providing information regarding gender affirmation therapy, monkeypox vaccines, HIV medications, and then we also have a wheel where people can win prizes,” Murray said.

One of the stand’s flyers said that, starting January 1, 2023, a new Illinois law will allow pharmacists to dispense HIV treatment without a physician’s order. Another flyer presented background on the monkeypox virus and tips to minimize exposure to it.

Michael Stoker, one of many vendors present at the event, first started in the Pride vending business two years ago. Since then, they have traveled everywhere from Oklahoma to North Carolina selling Pride merchandise including rainbow flags, blankets and jewelry.

“I was on the board of directors for a nonprofit in Evansville, Indiana, and we set up a Pride there,” Stoker said. “It’s been nonstop since then.”

Stoker is already planning for next year’s Pride season, and that includes going beyond vending at Pride events.

“We’re looking to buy a previously set up website from a company that’s going out of business, just because they’ve aged out, not because the business is bad,” Stoker said. “It’s a wholesale website and offers a lot.”

Stoker said that they will do 73 Pride events this season, which runs from April to November. They hope to add another tent in the near future and go online so they can sell Pride merchandise throughout the year.

For more information on the Alton Pride organization, visit its website.