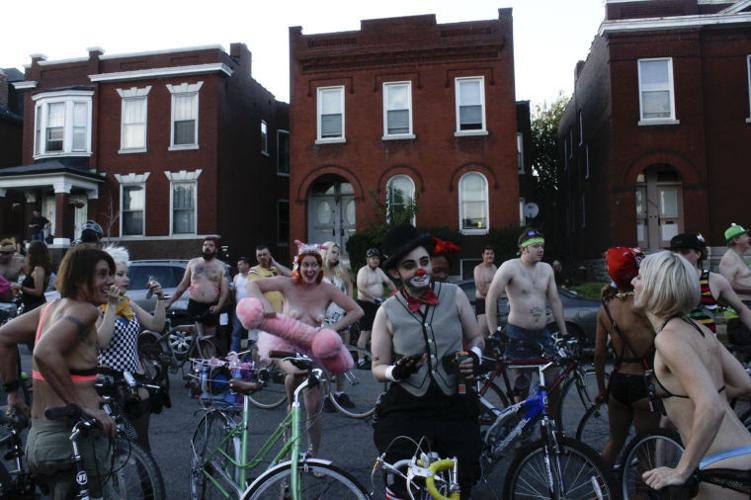 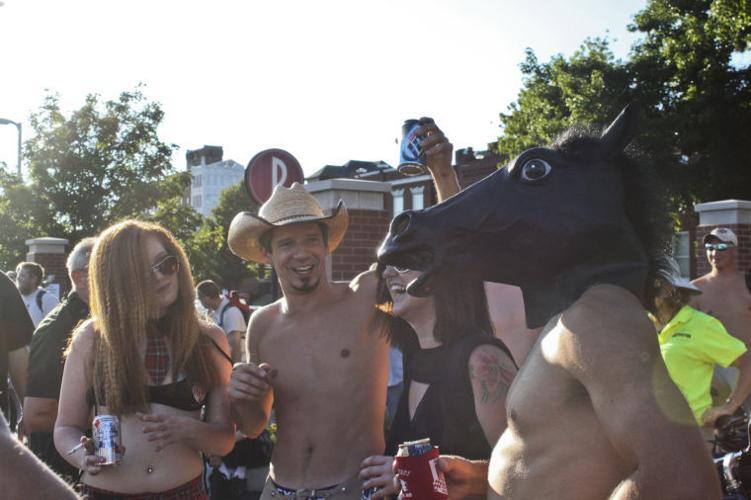 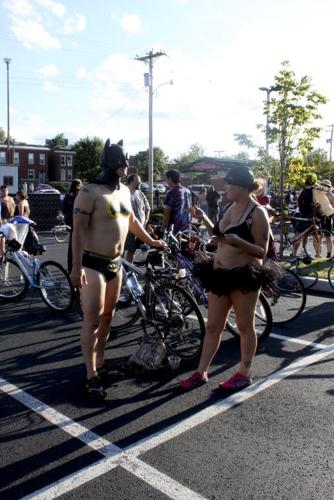 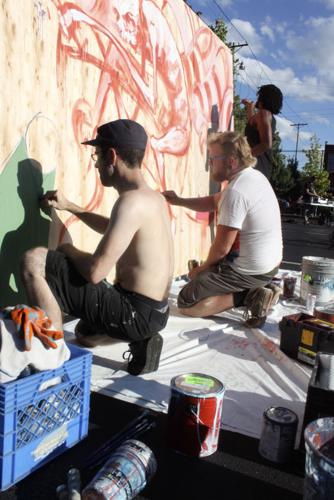 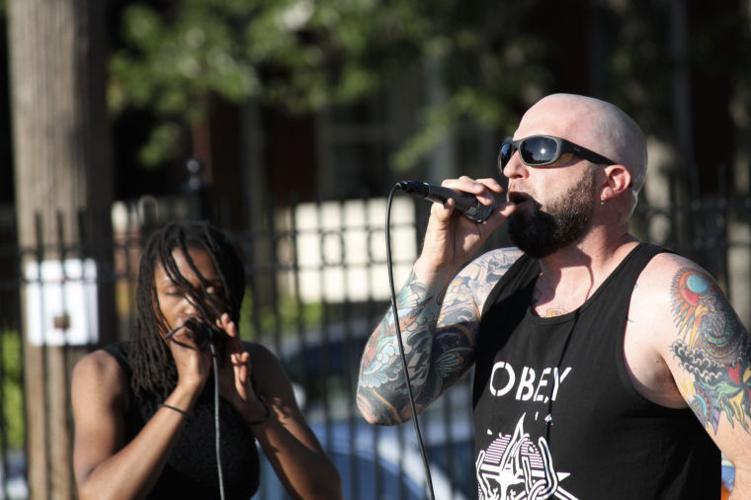 So here’s the deal, I didn’t think they were allowed to be completely naked — they were. I have never seen so many penises in my life.

As a mass of naked male riders and a few naked women came to the finish line and dismounted their bikes, they all looked grossly human. They were tired, happy to be finished and completely unashamed of their appearance.

Everything just hung out for the world to see, and the fact that this scene looked so unnatural in Western society, yet is actually natural for mankind, is what made the experience both uncomfortable and intriguing.

After adjusting to the culture shift around me, I found that everyone was average. Not one person was without flaws. And not one person seemed to be ashamed of their imperfections either.

The Grove on Manchester in St. Louis, which was the endpoint of the 6th annual Naked Bike Ride, was more alive than usual Saturday night.

Crowds gathered at the sidelines cheering on semi-nude and completely nude bike riders of all ages as they reached the finale of their 15-mile journey.

Paul Dorlaque, founder of St. Louis Gateway Nudist and one of the event’s sponsors, said the purpose of this worldwide event is to raise awareness about oil dependency, body image and cyclists on the streets.

“What better way to grab attention than to do it in the nude?” Dorlaque said.

Dorlaque had informational tables set up, and in response to the idea of lust and the beauty of the body, Dorlaque explained that there is a fine line between sexuality and nudity.

“Being nude does not mean to be implied with sexuality,” Dorlaque said.

David Wraith attended and spoke at the pre-ride event about acceptance. He is the co-founder of Sex Positive St. Louis, an organization that co-sponsored the Naked Bike Ride.

“We are an educational and social organization,” Wraith said. “We promote sex positivity acceptance of all alternative sexualities — positive body image.”

“[The event] is what I call body image immersion therapy,” Wraith said. “It’s like jumping into a pool all at once instead of dipping in a toe and slowly going in.”

For those who might participate completely nude next year, Wraith said the feeling is not that bad.

“People every year say, ‘Oh god, you’re going to ride your bike naked. That must hurt’ and I’m always thinking, ‘What kind of pants do you people wear that this much material makes so much of a difference?’” Wraith said. “It’s like having your bare thighs on a chair. Plus, I have a padded inflatable seat.”

He suggests riders be resourceful when it comes to storage while on the bike ride. If riders go completely nude, pockets will not be available. Wraith said carrying a backpack is helpful.

According to Wraith, helmets are recommended, but not as necessary on a ride with as many as 1,000 participants.

“You’re far more likely to collide with another bike rider than you are to be hit by a car or really wipe out and injure yourself,” Wraith said.

There have been no horrific injuries in St. Louis’ Naked Bike Ride history, Wraith added.

“You see people with flat tires and flat tires always suck, especially when you’re naked,” Wraith said. “If you wipe out on a Naked Bike Ride, you literally have 1,000 people to [help] and get you back on your bike.”

With that many people, Wraith said organization at the start point of the route can be chaotic, but the crowd thins as the ride continues.

Each year, the event organizers try to develop better methods for the initial stage of the bike ride, but their efforts only seem to compensate for the yearly increase in participants.

“Every year we improve, but every year we grow. So, even though we made adjustments, we have to accommodate twice as many people,” Wraith said.

Many articles of the life styles have been produced with the help of the professional industries of the world. Importance of the articles and grademiners has been contributing to the full array of the products for the ladies. The stylish articles have been ensured for the simple and frugal terms for the utilization of the goals for the humans. The life has been shaped with the assistance of the new articles.