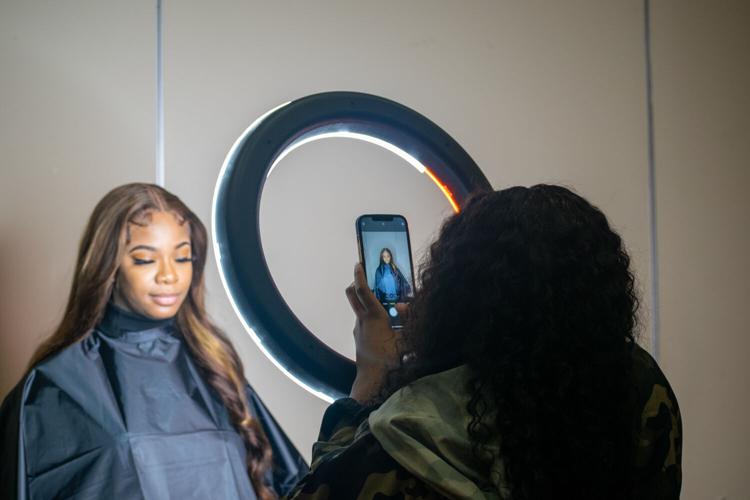 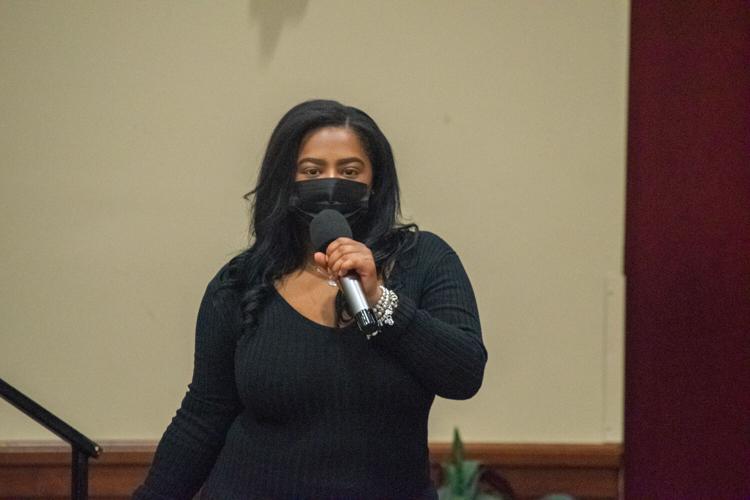 Mariah Favell spoke at the end the night about her two businesses and how to support her. She can be found on @kweenjules._ and @theglamguru__. 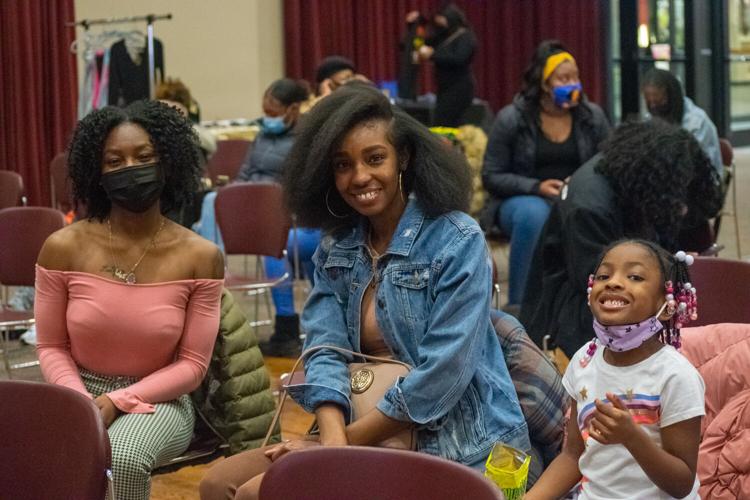 Markiysha Cunningham (middle) sits with her daughter and Kahleea Washington (left), a junior sociology major while they wait to see the hairstyles done by the hairstylist throughout the night. 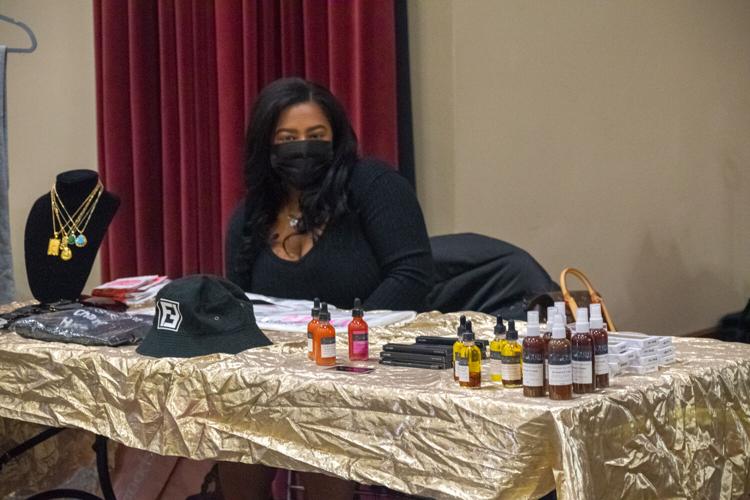 Mariah Favell sat at her booth with her handmade skincare products.

Mariah Favell spoke at the end the night about her two businesses and how to support her. She can be found on @kweenjules._ and @theglamguru__.

Markiysha Cunningham (middle) sits with her daughter and Kahleea Washington (left), a junior sociology major while they wait to see the hairstyles done by the hairstylist throughout the night.

Mariah Favell sat at her booth with her handmade skincare products.

Waves, Braids n Curls Hair Show celebrated the beauty and diversity in Black hair, as well as highlighting students who are hairstylists, barbers and business owners.

Sophomore sociology major, Jurnee Brewer from Edwardsville, Illinois, is the Black Heritage Month student chair. Brewer said she was trying to figure out an event that celebrated Black hair throughout the decades.

She said she got the idea for the event after her advisor, Kiah Meyer, the graduate assistant for Campus Activity Board, mentioned that CAB used to do something similar with Sigma Gamma Rho Sorority Inc. during Black Heritage Month.

“I believe hair in general, in the Black community, is such an important aspect for us and such an important part of the culture. Growing up I've always heard about hair shows they did in the ‘90s. And I just want to appreciate hair over the decades because it's such a big part of our culture, so I thought, ‘Why not bring it back?’” Brewer said.

Brewer reached out to several student barbers and hairstylists, to help showcase their talent. Brewer said to her the main part of the event was giving these students a spotlight, as over 50 students and alumni attended the event.

Senior business major Kam William, from Collinsville, Illinois, was one of the two barbers at the event. He said it is important that the SIUE community acknowledge their Black students and everything they are doing.

“This event shows that students are doing things and are active. It shows the talents that are sometimes hidden, so it’s definitely important,” William said.

The show also provided students with small businesses a chance to shine. Junior business major Mariah Favell, from St. Louis, owns two businesses, Glam Guru and Kween Jules. She said she came not only to support her fellow students of color but to showcase herself as a business owner.

“I like to show people that there are Black women businesses. I think it's extremely important to note that I am a student as well as a business owner, and there should be a spotlight on us, not only in February but every month of the year,” Favell said.

Senior liberal studies major, Markiysha Cunningham, came to the event with her daughter. She said she was glad for the chance to show her daughter the diversity and beauty of Black hair.

“I want to give her a chance to celebrate the beauty of both natural hair and all the different styles that can be done with Black hair,” Cunningham said.

The event also handed out Black Heritage Month T-shirts that were designed by Brewer, as well as Black hair care products and SIUE items.

“The more things we can keep as a tradition, the better, because they're important. They make students feel special and heard and most of all how many events have a bonnet or a durag for them? Definitely, that's my goal to keep it going,” Brewer said.