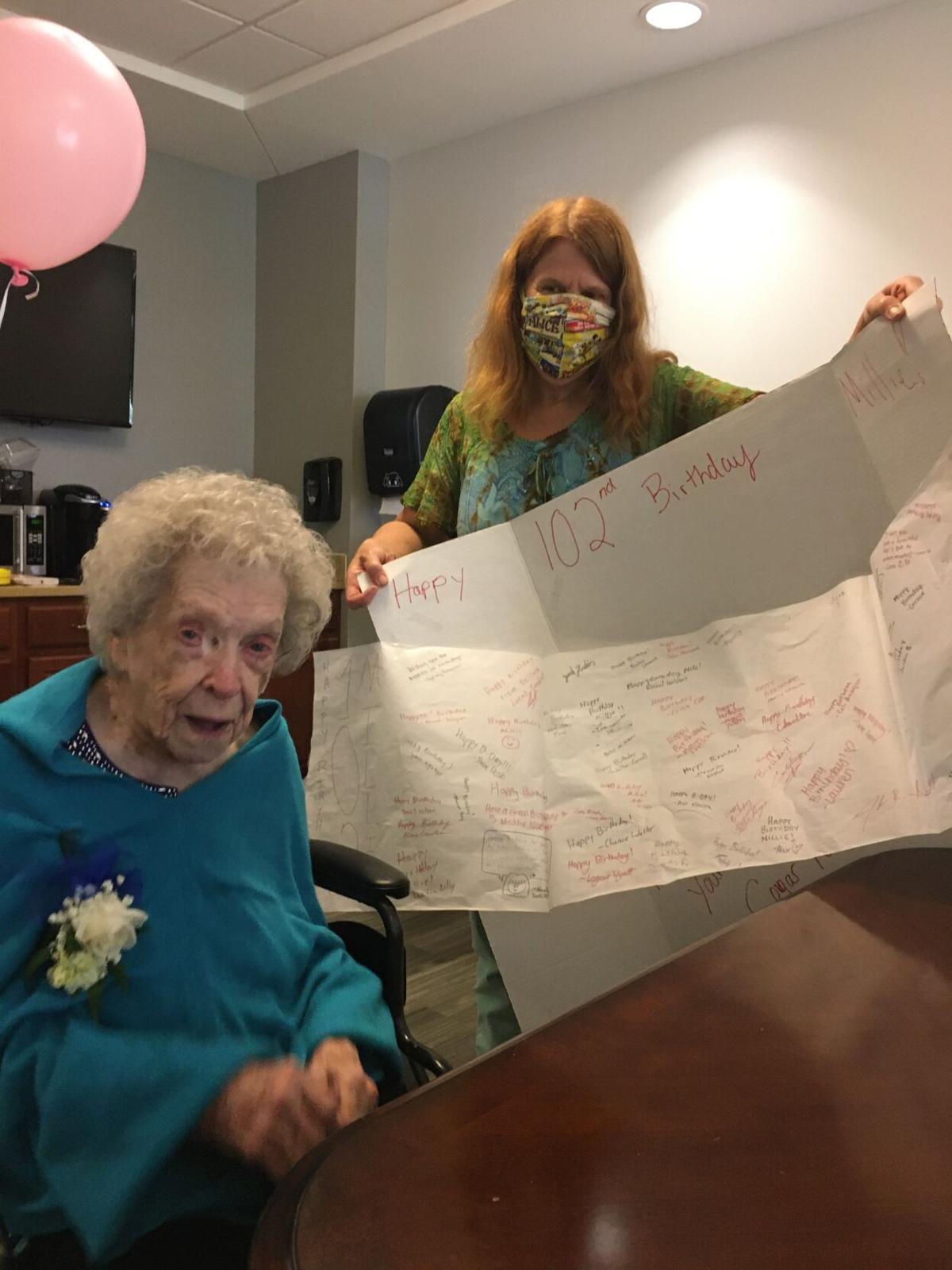 Left to right: Prange and Wolff pose with the scroll that students signed. 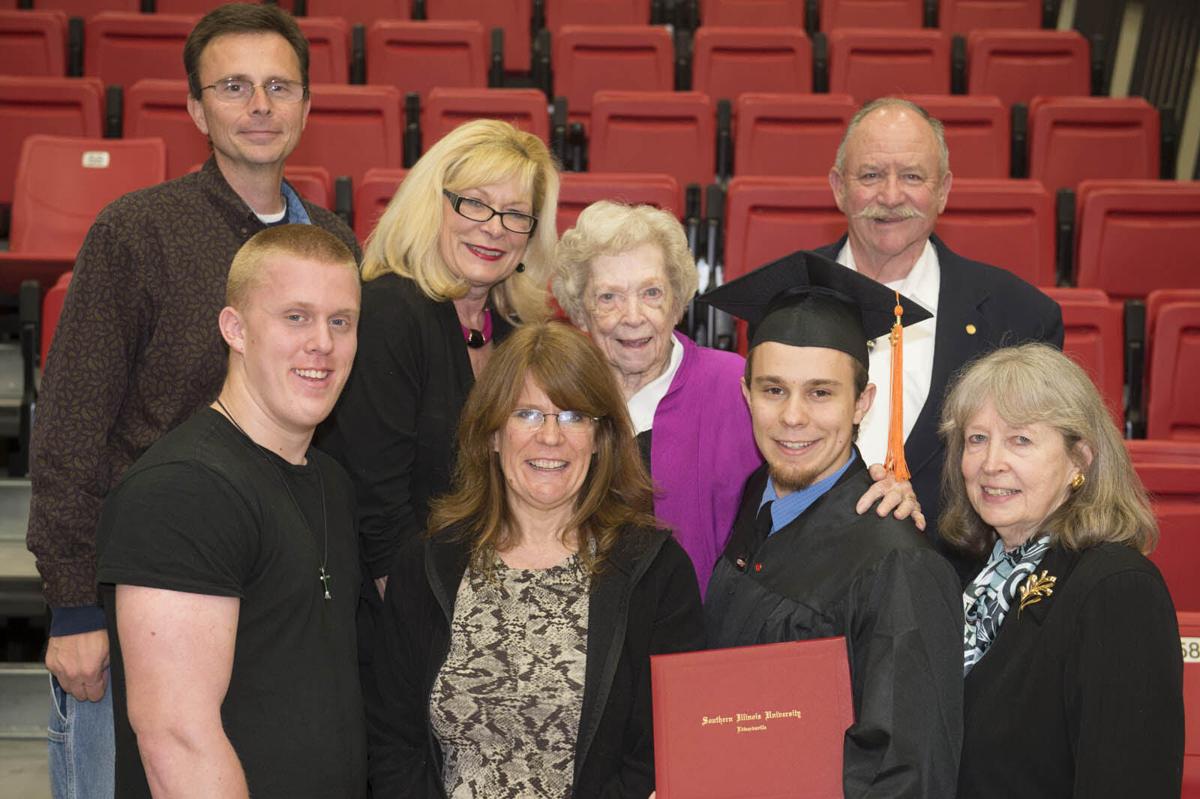 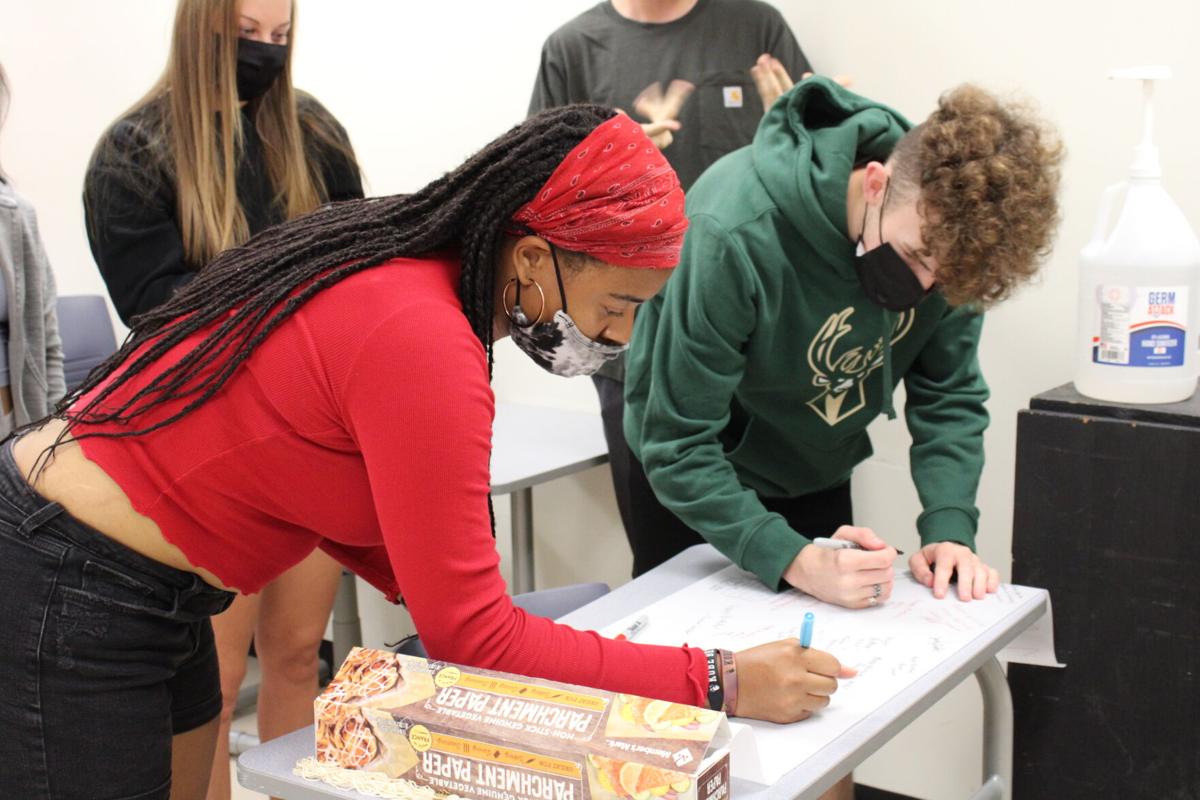 Left to right: Prange and Wolff pose with the scroll that students signed.

Prange was born in DeSoto, Missouri, on Sept. 13th 1919. She married her husband Robert Prange in 1940, and they had six children. She graduated in August of 1963 at SIUC, and during that time balanced being a full time student with taking care of her family.

Wolff had her students sign a birthday scroll as a more pandemic friendly alternative to a card. Her last class signing was in 2019, for Prange’s 100th birthday. Jordyn Perkins, a junior international business major from Fairview Heights, Illinois is one of Wolff’s students who joined in on signing the scroll.

“I don’t hear much about older alumni, so I think that was really cool,” Perkins said. “I put ‘Happy Birthday,’ I wasn’t really sure what exactly to put but I think it’s really cool that we even get a chance to wish her a happy birthday.”

Wolff said she celebrated Prange being still with her and her family despite previously having COVID-19, but that the pandemic has made it more difficult to spend time with her.

“She was born in the first pandemic in 1919, and then she literally survived COVID this last year, so that’s been very difficult,” Wolff said.

Prange, who graduated in 1963, attended as a non-traditional student, and balanced her life as a student with taking care of her family and raising six children. According to a letter Prange wrote in 2010, SIUE opened when her sixth child was in kindergarten.

“This was my chance to get some college education so, when the youngest boy was in school in the morning; I was able to take several classes,” Prange wrote.

Prange’s daughter, Barbara Huddleston, was the first in the family to attend SIU as a student at the Alton campus. Huddleston describes Prange as very energetic and a talented artist.

“She did china painting, oil painting, watercolors, quilting; you name it, she did it,’’ Huddleston said. “I don’t think she slept much at night, I know she did her homework up until two o’clock in the morning and then she’d get up and get the kids off to school.”

Wolff said she is trying to start a scholarship in Prange’s name for non-traditional students, as a scholarship was what enabled her to become a full \--time student

“Her getting funding was what allowed her to be able to go, and so I think that would be just a really good way to celebrate our family’s history with SIU,” Wolff said.

Wolff said that finding Prange’s writings has provided her further motivation to create the scholarship, as Prange once wrote that she wanted to leave an impression on the world by the time she leaves it.

“I surely hope something I have said or done will be remembered with love,” Prange wrote.