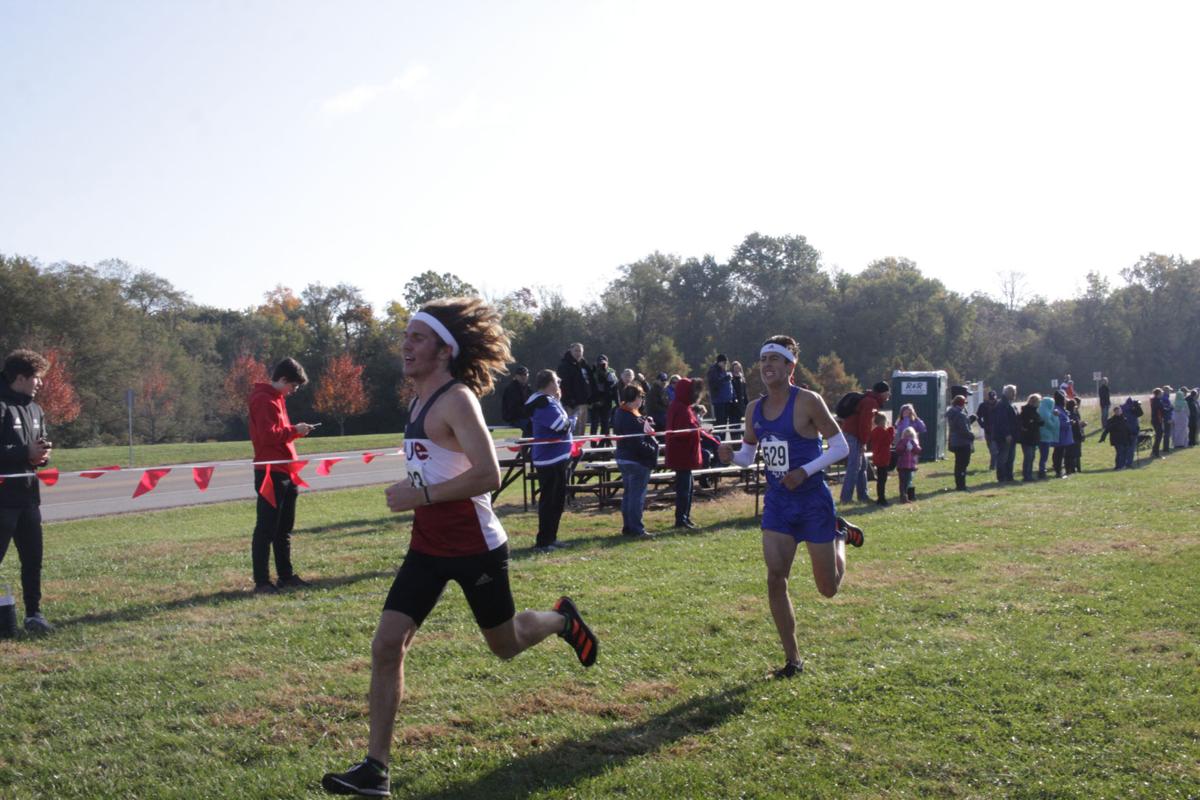 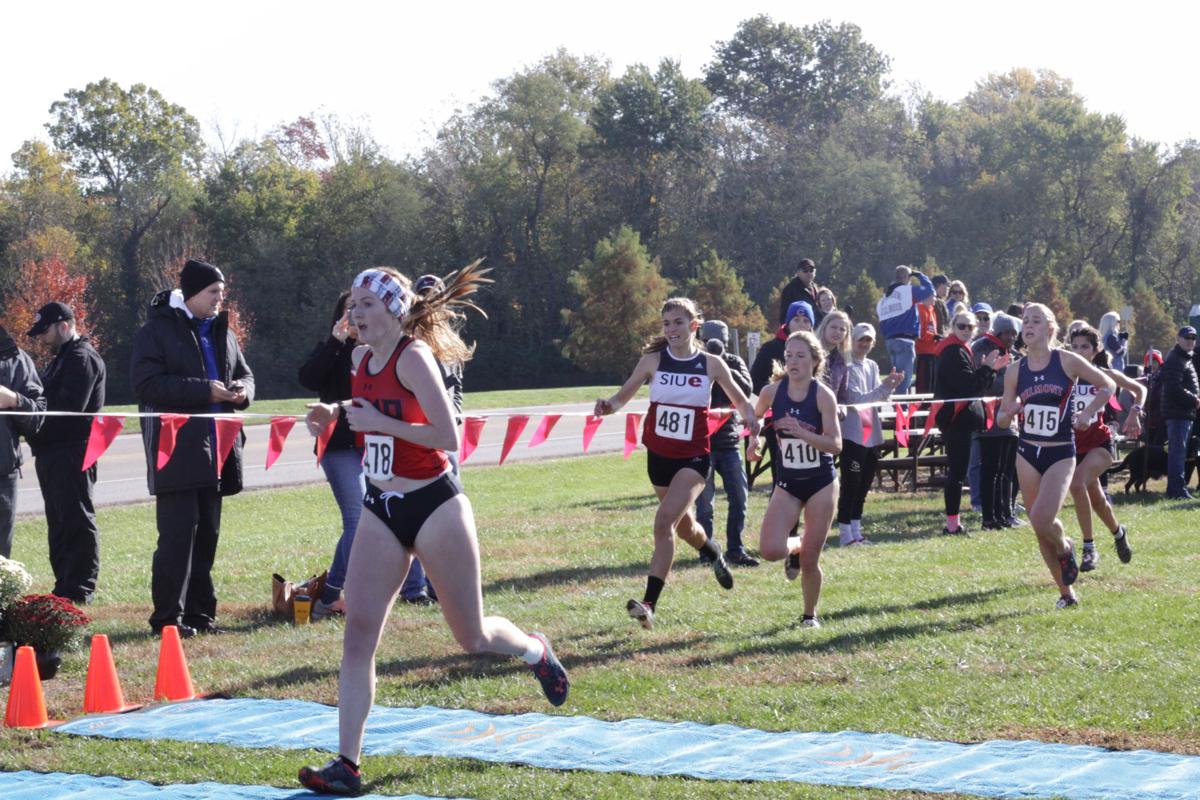 Sophomore Emily Ellis, no. 481, sprints to the finish line to place 31st out of 99 runners in the Ohio Valley Conference Championships last weekend.

Sophomore Emily Ellis, no. 481, sprints to the finish line to place 31st out of 99 runners in the Ohio Valley Conference Championships last weekend.

Freshman Roland Prenzler and senior Landon Skelly led the men’s team in places 22 and 30, respectively. Prenzler finished the 8k in 25:39 — a new personal record and a 23-second improvement from the record at the team’s last race at the Bradley Pink Classic. Skelly finished with a time of 25:57.

The race being on SIUE’s cross country course, Prenzler said, gave him a strategy to follow.

“I was with Landon through most of the race,” Prenzler said. “I was trying to follow him just as if we were in practice, you know? That was the big advantage of racing here … it’s just like it’s a practice and we’re running a tempo run.”

The women’s team was led by a tight pack. Junior Kassidy Dexheimer and senior Keri Burmester were just two places apart at 23rd and 25th. Dexheimer ran a time of 18:48 — a 26-second improvement from the team’s last 5k at the Loyola Lakefront Invitational in Chicago. Burmester finished in 18:56 — better by 38 seconds.

Senior Aly Goff, who placed first among the women’s team in every other race this season, has been responsible for many of the team’s points so far. She took the backseat for this race because of injury, but still placed sixth in the team, finishing ahead of one-third of those competing in the race.

Goff said she persevered with the injury because of support of family at the race and the strength of God.

Dexheimer and Burmester were effective in running close together.

“We have a group of girls that we should really pack up in races and run together,” Dexheimer said. “Sometimes that doesn’t necessarily happen because we’ll lose each other when the gun goes off, and it’s hard to navigate to where everyone else is at, but … I think it’s really important for us to just pack up during the race.”

Along with Prenzler, Dexheimer also said the teams have a home-field advantage running on SIUE’s course, noting its hilliness.

“We practice here very often. We know if there’s a pothole somewhere, like avoid that spot … We know where all the hills are, and we really just know where we’re at on the course the entire time. I think that really does help in the end,” Dexheimer said.

Both teams placed in or near the middle of the 12-school meet — a better performance than the men’s 17th place and the womens’ last place at the previous meet. But it does not reach both team’s second place finishes at smaller meets at the beginning of the season.

“We got nationally ranked Eastern Kentucky [University], [an] incredible Eastern Illinois team, and Belmont, another great team … Just to compete with all those people … It’s great to put on some quality entertainment for people to watch,” Prenzler said.