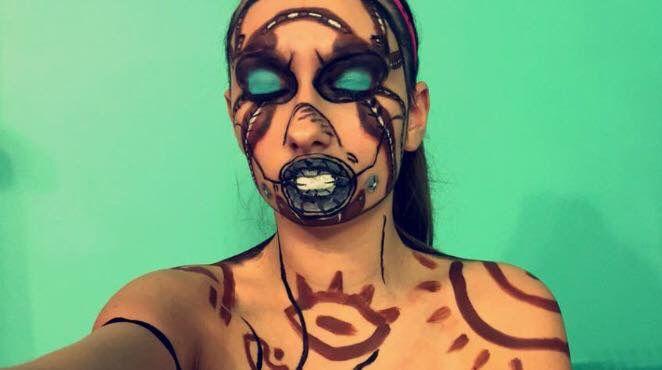 Junior public relations major Bailey Sullivan, of Decatur, Illinois, demonstrates her ability to use makeup as a creative outlet. 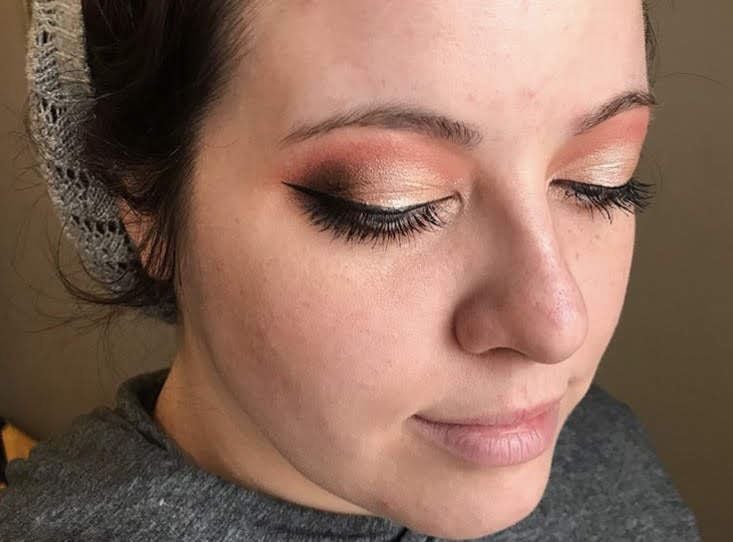 Junior public relations major Bailey Sullivan, of Decatur, Illinois, demonstrates her ability to use makeup as a creative outlet.

Each year, SIUE welcomes new clubs. Two new clubs this fall are Makeup Club and the Comic Book Club of SIUE. Each club has a story to it, and they are just getting started.

The Kimmel Student Involvement Center is SIUE’s central hub for clubs and student involvement. Any prospective clubs on campus have to go through Kimmel for approval. They welcome all kinds of clubs, but not every club satisfies what students want from an organization.

Alex Puhse, freshman secondary education major, of Granite City, Illinois, is an avid fan of comic books. He said he did not have a large group of friends with the same interest in comics that he had while growing up.

“I didn’t really have a lot of friends in high school who were into it,” Puhse said. “As a matter of fact, the only ones who were even vaguely into it, were the ones I basically forced to read comics with me.”

Before starting his freshman year at SIUE, Puhse decided to look into what kind of comic book community there might be on campus. When he didn’t see one, he decided to step in and make one himself.

“I decided to go for it while I was here at Springboard to Success in June,” Puhse said. “I wandered into the Kimmel and I was like, ‘Hey, I’m some guy and I want to start a club. Help please.’ And they were very helpful and they told me everything I needed to know. They gave me a list of currently existing clubs. They gave me some info on how to go about starting it. Sure enough, I didn’t find any clubs that already filled the role that I wanted my club to fill. So I got to work.”

For Bailey Sullivan, a junior public relations student, of Decatur, Illinois, the idea of starting a club about makeup had always interested her. But when she came to SIUE, she wasn’t sure how it worked or how to handle it, she said. This summer, Sullivan decided it was time.

“I thought about doing this my freshman year. But I didn’t think I could do it. I was just nervous and said, ‘I can’t do my own club, that would be crazy.’ I didn’t know how to do it at all,” Sullivan said. “Then last year, at the end of the year, I decided to do it. I am going to start a club and it is going to be about makeup. Because that’s what I want to do after college.”

Becoming an official club on campus is a process. Kimmel has a set of guidelines that students must follow in order to be registered. This list includes things like having a faculty adviser and at least five members, a group purpose and writing out a constitution.

Every group starts differently. Some niche topics, such as comics, may require more promotion, while broad interests like makeup may garner a lot of attention from the start.

“The day before school started, I posted about [the Makeup Club] and now I have 40 members,” Sullivan said.

Puhse, however, has five members and is still waiting for the Comic Book Club of SIUE to be officially recognized.

“It’s going pretty well now, I just have to wait for the fine people at Kimmel to tell me that they have approved my application,” Puhse said.

As for what the clubs do, they each have separate goals. Sullivan said she is very passionate about makeup being a creative outlet and would like to provide that option for other students.

“I feel like [makeup is] an industry that has blown up a lot recently, but there [are] a lot of people who still don’t know about it. Also, I just think it’s a creative way — an outlet — for people to raise their self-esteem and to feel pretty. I just felt like that was really important to reach out to people and teach them, and show them. And to have a place for those who actually do love makeup to come and be creative with what they do.”

Puhse said that his club is a book club of sorts, but with a focus in comics. Comics are often overseen in literature and deserve recognition, he said.

“The main idea of the club is for it to be a book club with comic books, because I have felt for a long time I love comics. I read them regularly,” Puhse said. “And I always felt that they were a very valid form of literature. I think that they are an artform that is just as worthy of appreciation and criticism as movies or literature are. I think that it’s important and that academic discussion about it is something that my club could bring to the table here at SIUE.”

Daniel Richart, of St. Louis, is a comic book fan who said he likes Puhse’s approach to the topic.

“I love comics, and it’s nice to know other people recognize how cool they are. A lot of people would enjoy them if they were easier to access, and it sounds like that’s Alex’s goal,” Richart said.

Both Sullivan and Puhse expressed their clubs are a place for anyone interested. Like many clubs, their purpose is to bring people together on a topic they enjoy. Sullivan in particular said that it’s a place to exclude judgement and for people to enjoy themselves.

“I am going to allow everyone to be in my club,” Sullivan said. “Boys, girls, doesn’t matter what you look like, what you dress like — I don’t care. I just want this to be a safe place for everyone.”

Puhse is hoping for the Comic Book Club of SIUE to be recognized very soon. In the meantime, he can be reached at the club’s official email, comicclubsiue@gmail.com. For further questions about the Makeup Club and her plans for it, Sullivan is available via email at basulli@siue.edu.