How do you define masculinity? Who models it well?

Duckham’s first question for the panel brought unsure answers. While Bishop said masculinity to him was physical agility, Jones and Wrobbel had trouble coming up with a solid definition or role models.

“It’s really hard to define masculinity because I think there’s masculinities … I think it would depend on so many other variables … so I will refrain from giving a definition,” Jones said.

Abbott-Dethrow: I agreed with Louis Jones on the idea that masculinity cannot be defined singularly.

When the panel was asked about masculinity models, I also had a hard time pinpointing somebody who models masculinity “well.” I think every human is flawed, especially when it comes to role models of a pressure by society to be strong and in control.

McGowan: I define masculinity as a personal sense of power and confidence, sometimes to an unhealthy degree. Positive forms exist in any person who can get things done and will never turn down a challenge.

Unfortunately, toxic traits like an unhealthy sense of competition and not taking “no” for an answer can come from the same place.

Like Wrobbel, I couldn’t come up with a perfect role model of masculinity either.

The #metoo movement has destroyed my and many others’ faith in the positive role models we saw in places like Hollywood.

What traits should a model of healthy masculinity possess?

This question from the audience brought varied answers among the group.

Jones said healthy role models should embrace their flaws, and Bishop said a positive role model in masculinity should display a strong sense of empathy.

Wrobbel, on the other hand, rejected the question, claiming that touting any one form of masculinity only contributes to the problem.

“The minute you say ‘this is the right way and I’m going to try and beat you there’ … that’s a problem … I think if we talk more about this, you’ll find that toxic masculinity in particular tends to come out of people who are in some way or another profoundly lacking,” Wrobbel said.

Abbott-Dethrow: I agreed with and understood everyone’s perspectives when they answered the question, but I resonated with Bishop the most. Empathy really makes a difference when it comes to people’s thought processes and personalities. Empathy brings us back down to reality.

McGowan: I 100 percent agree with Bishop here. The one thing that separates healthy and unhealthy portrayals of masculinity is empathy.

No matter how competitive or confident one feels, a basic sense of empathy should come first.

How do you define rape culture?

This question began a long conversation of the importance of consent and the objectification of women by the media, which were points brought up by Bishop and Jones.

“There are so many layers that come from culture that show how we are raised,” Bishop said. “Rape culture stems from any situation, environment, or scenario where consent is not offered. Some people think a lack of no is still yes and some people are confused by what consent is identified as.”

“The heart of rape culture is the objectification of women,” Jones said. “That creates a climate where you normalize a sexuality where it is okay to verbally treat women like objects.”

Wrobbel came up with an anthropological answer to the question, looking at the definition of culture itself.

“Culture is a set of agreed-upon rules that we all know and use to be able to get by. Rape culture would be any culture with rules of trivializing and normalizing sexual abuse and assault.”

Abbott-Dethrow: I agree with all their definitions of rape culture. It seems the root of rape culture is the objectification of women, perpetuated by the media, where situations without consent can be plastered across. I believe there is a prominent rape culture in the United States and across the world with how the media portrays sex.

McGowan: To me, rape culture is how our society perpetuates the sexualization and objectification of women. It creates an environment of women that feel devalued and of little worth.

Why do you think sexual assault victims are reluctant to come forward?

This question allowed the panelists to tackle both sides of the same coin, regarding women and men being targets of sexual assault and the hesitation for both parties.

“There is this idea that men put in situations of rape and sexual assault is not necessarily held to the same standard and importance as women being involved,” Bishop said. “The idea is that men are strong and not susceptible to sexual assault. It comes down to misogyny and the idea that men should seek out sexual activity.”

Wrobbel brought up the point of learned helplessness and how it is taught to women.

“You go to the police and they ask you what you were wearing,” Wrobbel said. “You go to the department chair and they say, ‘Well, let’s just transfer you to a different class.’ It doesn’t matter what you do. It doesn’t work. It almost never seems to accomplish anything when women say more.”

Abbott-Dethrow: There is a different standard when it comes to how men are treated versus women when they come forward about being assaulted. With toxic masculinity, men are usually pressured into keeping silent about “emasculating” situations, such as being assaulted.

Sexual assault has sadly become a norm for women to deal with, being victims themselves or knowing multiple women who have been assaulted. I think there is always an immediate suspicion of the victim when an accusation of rape or assault comes to light, which is awful. Intense scrutiny makes victims of assault hesitant to come forward.

McGowan: I think it’s obvious why some women don’t come forward: they live in a rape culture that enables this behavior. Years of objectification and silencing have taught many women that this is OK and what they deserve.

I think in cases where men are sexually assaulted, it ties back into toxic masculinity.

First, men are supposed to love sex, and they’re always supposed to be the dominant one in a situation, so when these things happen, it can be embarrassing for some men and can cause them great shame.

Students can find info about sexual assault prevention and resources at the PEACe website. 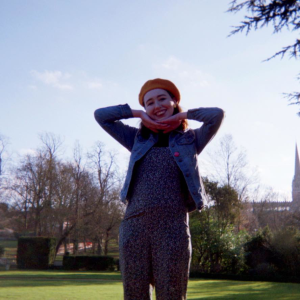