2018 has been a fantastic year for comics and it is a great time to start reading. New readers have new places to jump in and it’s the easiest time to start reading. Marvel started a “Fresh Start” initiative relaunching a lot of comics, giving great places for readers to start. There’s a new “Amazing Spider-Man” run, a new “Venom” solo series, crazy “Batman” stories and more.

Comic books are a sprawling medium with topics ranging from superheroes, Teenage Mutant Ninja Turtles or even gritty-apocalyptic stories about Scooby-Doo. They’re a great way to experience fantastic stories, but it can be a little jarring for newcomers.

There’s also a lot more to comics than just superheroes. There are amazing stories like “The Walking Dead,” “Scott Pilgrim,” “Saga,” any of the “Star Wars” comics and “Snotgirl.” If superheroes aren’t your niche, there are a ton of other great stories for you.

That said, superheroes are a huge appeal of comic books though. These heroes have a long legacy lasting over fifty years, so it can be difficult to differentiate storylines and find a place to jump in. It can be confusing, but there’s no reason to worry.

Superman’s “Action Comics” just recently hit issue #1000. Batman’s “Detective Comics” is quickly approaching issue #1000. What makes “Amazing Spider-Man” different from “Superior Spider-Man,” and why is that different from “Ultimate Spider-Man?” It seems like superheroes get a reboot every five months, which is a common criticism.

This can make things intimidating, but the best way to start is to just jump in. It can sound convoluted, but the best thing to do is to find a story that interests you. Don’t waste time with things that seem dull or uninteresting -- people simply don’t have time for that. Time is a resource we all want more of, so don’t waste it on something that doesn’t seem fun.

Starting at issue #1 can be great, however, you don’t have to start at the beginning. To read a comic, it isn’t absolutely necessary to know everything about a character’s past. A lot of comics do a great job of catching people up and if that isn’t the case, thankfully we live in a world filled with wonderful wikis. In the course of just five minutes on the Marvel wiki, you can read most of Tony Stark’s backstory. It’s perfectly fine to skip past stories you’re not interested in.

However, it is worth it to expand your horizons and check out some stories that may seem outlandish. Take “Superior Spider-Man,” for example. “Superior” is a story revolving around Doctor Otto Octavius (one of Spidey’s greatest villains) becoming Spider-Man. These are some of the greatest Spidey stories ever told. Superhero stories are innately kind of wacky, but that doesn’t undermine their value or how interesting they are.

It’s easier to find comics now than ever. For monthly services, DC launched “DC Universe,” an all-in-one app that lets you stream comics, movies, TV shows and original programming all from a smart devic eand Marvel has “Marvel Unlimited,” where for $10 a month, readers have access to over 20,000 Marvel comics. These may be the cheapest ways to get into superheroes, and a great investment for those who want access to these stories.

For general comics as well as superhero stories, there’s also “ComiXology,” where readers can buy issues or volumes individually, or use “ComiXology Unlimited,” which is rather similar to Marvel and DC’s services. This one is owned by Amazon which may be a plus for many.

However, these services do not offer everything. “Unlimited” has the caveat of posting new comics six months after they launch and “Universe” is a new service, so not everything is there yet. This is where some will flock to “ComiXology” or other online comic sites.

For people who prefer trade paperback or hardcover comics, local shops are fantastic.

Heroic Adventures in Edwardsville is a great local place to pick up comic books. It’s less than a five minute drive from SIUE and they also offer an SIUE student discount which is great for those wary of comic prices.

Being a brick-and-mortar store, they obviously can’t offer every single comic, but there is a wide variety. The employees are knowledgeable, kind and supportive. If you’re looking for a specific comic or a series to start they can certainly help you.

Fresh off the heels of the newest “Spider-Man” game, this week I recommend reading the newest “Amazing Spider-Man” run, written by Marvel veteran Nick Spencer. Spencer does a great job of bringing new takes to Peter Parker’s character and the art is fantastic. It launched a few months ago, but being bi-monthly, it’s still relatively new. If DC is more your taste, “Batman: Damned” launched recently. It was pretty great, although it received severe backlash for showcasing a naked Batman. Regardless, it is the start of a great new run.

i read your article. this is what i call such an amazing article. very impressive. thanks for sharing. Custom Leather Jacket 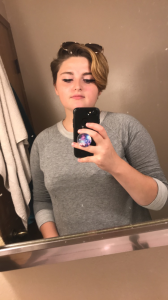