Netflix subscribers can now expect to find fan favorites such as “The Vampire Diaries,” “Arrow,” “Jane the Virgin” and “Supergirl,” among others, in their Netflix queues a mere eight days after their finale airs. Originally, shows were not available until one year after the season officially aired.

“Netflix members in the U.S. love the great lineup of series from The CW, and we are thrilled to extend the relationship and bring those shows to our members exclusively now, just eight days after their season finales,” Ted Sarandos, chief content officer at Netflix, said in a statement published in the Los Angeles Times.

The CW was equally excited about the new arrangement, seeing how previous deals with Netflix have gained the network more exposure than ever before.

Network and cable television have seen a decline in viewers over the years with streaming services such as Netflix, Hulu and Amazon Prime Video rising in popularity — especially among younger audiences.

With a slew of original programming along with competitive deals, such as the one with the CW, Netflix is on its way to surpassing network television altogether.

Streaming services offer convenience and ease of access seems to offer a greater viewing experience for a lower price than satellite or cable. With that said, many question whether or not this is just the beginning of network deals with the online streaming service.

Netflix has already struck a partnership with big names such as Disney, Marvel, Star Wars and Pixar, so at this point anything is possible.

In a vastly growing online generation, entertainment providers have a better chance of reaching audiences through online streaming services, like Netflix, as opposed to the more traditional routes. According to Fortune Magazine, Netflix can both help and hurt companies. Most would much rather not sell their content, but do so in order to reach viewers.

It’s all about the viewers and what they want to see.

There’s no doubt Netflix will continue to grow in the future, just like it has since its founding in 1997. Whether it’s more deals with television networks or big-time entertainment companies, Netflix is paving the way for all streaming services. Let’s just hope they set a good example. 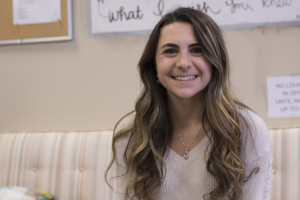 it's always been clear that TV would eventially be killed by streaming services. this video https://www.youtube.com/watch?v=zOfRKxt1Hm4 predicted it years ago!