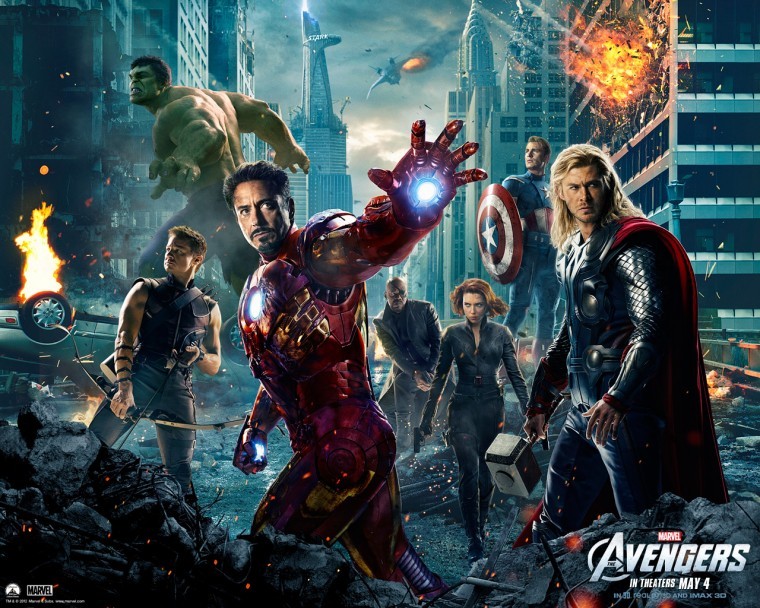 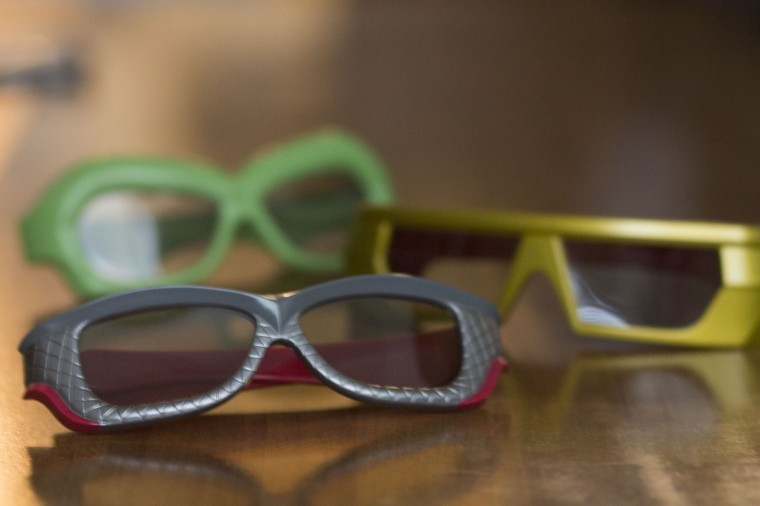 Special edition Thor, Iron Man, Hulk and Captain America (not pictured) 3-D glasses will be available at participating theaters. Cool, but not made for glasses-wearers.

Special edition Thor, Iron Man, Hulk and Captain America (not pictured) 3-D glasses will be available at participating theaters. Cool, but not made for glasses-wearers.

Writer-director Joss Whedon (“Serenity,” “Buffy the Vampire Slayer”) has set the bar for superhero movies. From Iron Man’s quick wit to the Hulk’s smashing, "The Avengers" is simply amazing. I thoroughly enjoyed the “Iron Man” movies, “Thor,” and “Captain America: The First Avenger,” and bringing the three together made for one epic flick.

The movie is as much dialogue-driven as it is action-driven. Yeah, the action is explosive and exciting, but dialogue that is so clever and brilliant that the entire theater laughs is what really made the movie for me.

“The Avengers” takes into account a key element of the movies that preceded it.

The Tesseract appears at the post-credits scene of “Thor.” S.H.I.E.L.D.

Director Nick Fury (Samuel L. Jackson) reveals the Cosmic Cube to Dr. Erik Selvig (Stellan Skarsgard), who was being manipulated by Loki (Tom Hiddleston). It appears again - but chronologically first - in “Captain America,” where Red Skull plans to use its comic power for world domination.

Now, (in the present of the movie), the Tesseract becomes active in a S.H.I.E.L.D. facility and rips open a portal. Enter Loki.

It is then up to the Avengers to settle their differences and save the world.

It’s rare that an ensemble cast works well; this is one of those rarities. This perfection stems from the intra-group conflict and chemistry. The heroes spend as much time fighting each other as fighting the baddies.

The movie answers questions of anyone who’s ever wondered who would win in a fight between Iron Man and Thor or Thor and Captain America or Captain America and the Hulk or the Hulk and Thor.

The characters aren’t necessarily redefined for “The Avengers,” but there are differences, most of which work for the better.

Robert Downey Jr. has already been established as playboy genius Tony Stark. However, in “The Avengers,” he was more witty than in “Iron Man.” Some reviewers (cough cough NPR) go as far as saying he’s obnoxious. But his wit isn’t without reason.

Though I was originally opposed to Chris Evans portraying Captain America on the principal that an actor shouldn’t be allowed to portray two heroes in the same universe. It wasn’t until “The Avengers” that I fully accepted him in this role.

Mark Ruffalo is easily the best Hulk in the past decade. He delivered lines regarding physics and gamma radiation with ease, as Bruce Banner should.

I’m normally not a fan of Scarlett Johansson, but as Black Widow she became one of Whedon’s token badass females. She blended perfectly into her character.

Even though Jeremy Renner doesn’t have the biggest role in the movie, his role as Hawkeye opened up potential for a Hawkeye movie. There’s a lot about Hawkeye that remains unknown to the casual movie-goer.

Wearing 3-D glasses over prescription glasses has never been easy, and even moreso when they are Avengers-themed 3-D glasses. While the glasses were novel, I spent two previews trying to figure out how to keep both pairs of glasses on my face. I ended up using a hair tie to hold the arms together on one side.

That brief struggle was totally worth it. The 3-D was unobtrusive and undemanding. Also, Hulk look good in 3-D.

“The Avengers” is a must-see. Perhaps, even a must-see-twice.

If you’re not sure you want to have your mind blown by 142 minutes of pure awesome, think of it this way: before even being released in the U.S., it’s already grossed more than $281 million. How could anyone resist being a part of knocking James Cameron down a notch on the list of highest grossing films?

Oh, and stay for the post-credits scene.