After Kim Kardashian West was robbed at gunpoint in Paris during Fashion Week, she received a reaction that I, amongst many others, certainly wasn’t expecting.

Amidst outpourings of concern and support, Kardashian West also received a lot of hate following her traumatic night in Paris. Many people lashed out, saying that she deserved what happened to her, which I think is absolutely repulsive.

Even if you don’t like Kardashian West or her family, I don’t think you can honestly say she deserved to be tied up and held at gunpoint while $10 million worth of jewelry was stolen from her. No one deserves this, no matter what kind of a person they may or may not be.

While you might not view the stolen jewelry as a big deal since the loss of $10 million definitely won’t make her go broke thanks to her multimillion-dollar career and her husband’s solid rap skills, the trauma she suffered during this event is definitely a big deal. This would be traumatizing for anyone, riches aside.

It’s obvious that Kardashian West is shaken up from this robbery, like any other person would be, given that she has since abstained from social media and stepped back from her constant spotlight. This doesn’t make her weak or vein — this makes her human. Therefore, we should respect her privacy and let her cope on her own terms rather than judge her for a situation in which control was taken from her. We have to remember that she is the clearly victim here.

Even if you understand Kardashian West didn’t deserve to be robbed at gunpoint, you still have no right to make fun of her in regard to this event. Laughing at her is just as disrespectful as saying she had it coming. I’m sure she’s going through enough already without people she doesn’t even know making memes about her robbery and joking about her reaction to it. The Halloween costume portraying Kardashian West getting robbed is the perfect example of taking things too far. It’s completely uncalled for.

For those of you speaking up in defense of Kardashian West, while I commend you, I also want to warn you to be careful what you say. I’ve seen many people saying this event was undeserved because she’s a mother, wife, daughter, sister and so on. While it’s true that she is all of these things and she does fill important roles in others’ lives, this isn’t the only reason why she didn’t deserve what happened to her. Even if she didn’t fulfill any of these roles, she still wouldn’t have deserved to be robbed at gunpoint simply because she’s human. No person, despite his or her roles in life, is meant to be treated in such a harsh manner.

Long story short, be respectful. Put aside your feelings about Kardashian West and show her some respect during this hard time in her life. Remember that she’s just as human as you are and she deserves to heal without being condemned for something she couldn’t control. 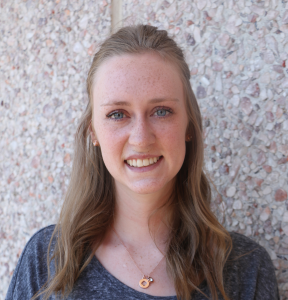