Ever since I was a little girl, I’ve been in love with Disney movies, especially the ones that center around princesses. Of course, we all had our favorite princess that we obsessed over and related to the most out of the bunch, and for me, that was the bookworm herself, Belle.

I’ve watched the original, animated “Beauty and the Beast” every year since I was young, so watching this particular film with me isn’t the best choice—I’ll be quoting the whole thing and belting out each and every song as soon as the first note is played.

I loved Belle— and the way she carried herself— in charge, independent and always so sure of herself even in the toughest situations. Her personality— was also admirable as well as  compassionate, selfless, caring, smart and reliable.

She was the ultimate role model to me as a child, even if she was animated.

Thanks to Disney now making live action films of their popular animated masterpieces, childhood dreams are now coming true. Now, girls who look up to Belle as their role model today can look at the actress Emma Watson who plays Belle.

To me, “Beauty and the Beast” was the most magical of any of the Disney movies.

it was so whimsical and original. It’s still captured my attention even after all these years and it makes me so excited to see what the new movie has in store.

How will it execute those iconic scenes? It has big shoes to fill here, but I’m pretty confident Disney can do it their previous successes of “Cinderella” and “Maleficent” under their belt, this is sure to be a piece of cake.

However, there are really obsessive Disney fans that might be super critical about a lot of the aspects of the film, such as Belle’s yellow ball gown. If it doesn’t look like the cartoon dress come to life, the fans might rip on that. Or, they might attack the accuracy of the beast’s appearance. even the beast himself how are they going to make him look? Are they going to stick with a similar look like the animated film?

There’s only one way to find out, which is to see the film. “Beauty and the Beast” came out March 17 so, even if you’re not a Disney fan, ‘go be their guest’ and give the film a chance. Here’s a snippet of the song, “Belle” to get you into the Disney mood. 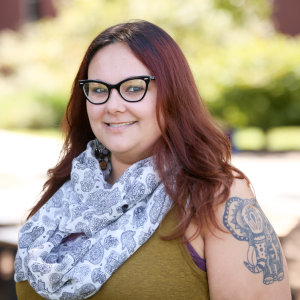